The conservative columnist defends his views in the former Mecca of free speech. No chairs are thrown, but a mike mysteriously goes dead. 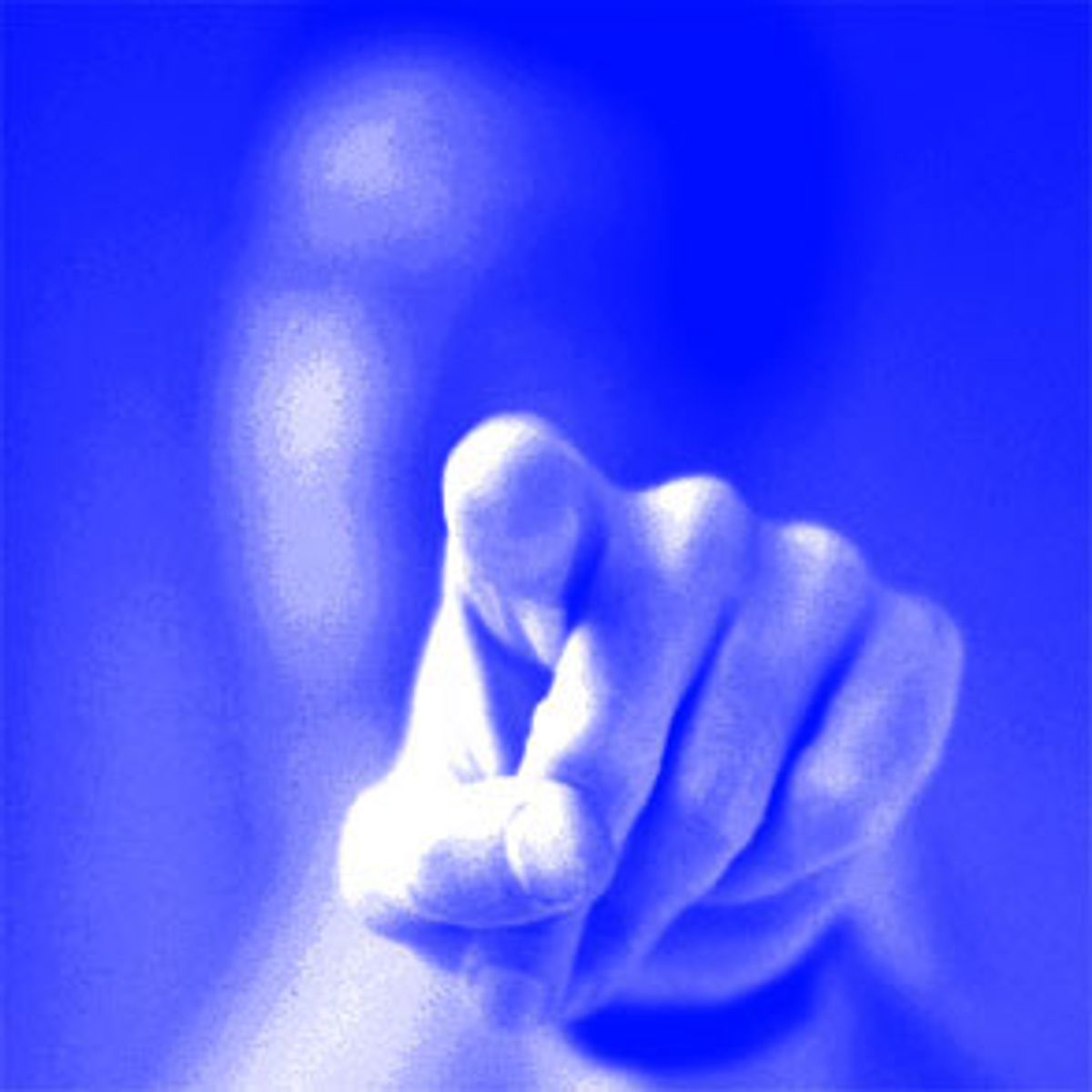 Conservative columnist David Horowitz came to the University of California Thursday night to defend his opposition to reparations for slavery. Robb McFadden, the crew-cut sophomore chairman of Berkeley College Republicans, the evening's sponsor, stood on the steps of the Life Sciences Building and watched warily as the Spartacist Youth League marched in circles on the lawn denouncing Horowitz as a racist.

McFadden adjusted his glasses, tugged at the red tie he wore over a white shirt and said, "The eyes of the nation are on Berkeley tonight. Will we continue to uphold the mantle of free speech, or will we let the flag fall?" McFadden found it not just disturbing but tragic that on the campus known as the birthplace of the free speech movement, a conservative could stir such a controversy just for taking out an ad in the Daily Cal. Horowitz's ad arguing against reparations ran Feb. 28, and the next day editor Daniel Hernandez printed an apology saying the Daily Cal had "inadvertently become a vehicle for bigotry."

It was all rather astoundingly stupid, and by any fair account when the evening was over the match went squarely to Horowitz, but that's getting a little ahead of ourselves. Besides, before the main event, the Spartacists did score some points when Karen Kenney, dean of students, overlooked campus noise regulations and let them use their bullhorn.

Rules ruled. Once inside, Benjamin Carrasco, our master of ceremonies and editor in chief of the California Patriot, read from the rules, regulations and code of conduct: There was to be a "zero tolerance level for disruptions," a chilling pronouncement but an effective foreshadowing of Horowitz's eventual strange and graceless exit.

Horowitz turned out to be a skilled and delightful performer, playing to students who applauded wildly when Carrasco suggested they show the Wall Street Journal that "law and order prevails" in Berkeley. Like a rock star, Horowitz started late and had sound trouble. But the veteran of countless demonstrations displayed terrific mike technique and showed a pleasant sense of humor when it was discovered that to thwart the feedback he had to move to the left.

Horowitz tried to break the ice by describing a cartoon depicting black comedian Richard Pryor surrounded by Klansmen about to lynch him; Pryor is asking, "Was it something I said?"

Casting himself as the unwitting fomenter of inexplicable passions, he paced and gesticulated for a bit over an hour, repeating his oft-told tale of conversion from campus radical, Black Panthers sympathizer and Ramparts editor to archconservative. The balding, rather longhaired (for an archconservative) son of two members of the American Communist Party complained in rather exasperated bursts that if you can't have a rational discussion and disagreement on a college campus, where can you have it?

Well, duh. He even evoked Lenny Bruce. And he pointedly remarked that of all the campuses across America where he has spoken, Berkeley was the only one where he had to have armed guards. Oh, so that's what those two tough-looking fellas were -- the white fella in a windbreaker, mustache and gray hair, and the taller black fella in the black turtleneck and suit.

He told the students, "Your professors, particularly on race issues, are too damn scared to tell you what they really think." By this time he was warming up. As the periodic table of elements looked down upon him like some elegant testimony to the disinterested pursuit of knowledge, he ran up and down the scales of outrage at the negativity of leftists in the face of great progress by blacks, at our blindness to the significance of Oprah Winfrey's phenomenal success, at the obvious absence of Asian forwards in the NBA. The mike was flying and Horowitz was sputtering; he was working the boards and pounding his fist, saying, "Reparations is the same old scam ... how do you tell Jose Martinez, who got here just 10 years ago, that he's got to pay reparations to Johnnie Cochran, who's a multimillionaire?" he asked. "Oprah Winfrey is the richest woman in America? How did she get there?"

"She slaved for it," called out an audience member.

"Black America," said Horowitz, "has an economy the size of the 10th richest country in the world."

And finally he tried to explain the ad, why he did it, why he ... angered people. "The idea that you have to protect people's feelings, it's ... infantilizing!"

A pink-cheeked kid up in the front row wearing a sweater vest tugged at his tiny chin beard as if hoping to coax more hair out, as the blond next to him stared with stunned blankness at the prophet before her on the stage. And Monty Warner, Horowitz's balding, sleepy-eyed, round-faced handler, waited in his black leather jacket on the sidelines like a starlet's manager.

And now the part we've all been waiting for: The questions begin. Why did he say there never was an anti-slavery movement until one was started by white Christian males? asks the first questioner.

On Jews and reparations: He's in favor of Germany paying reparations, but not the U.S. He's against federal funds for the Holocaust Museum. He's for reparations to black victims of syphilis experiments in Tuskeegee, Ala., and to victims of the Tulsa, Okla., riots of 1921.

Horowitz holds court for more than an hour, and agrees to take one more question, which will prove to be the last of the evening.

"First of all," announces his questioner, a slim, well-dressed black man who did not give his name, "let me say, of your attempts all night long to play up on the sometimes willful ignorances of white, especially Republican, students: You have misinformed them. In case you do not know, by the laws of this country no newspaper is obligated to accept any ad. That is not considered freedom of speech. And the Daily Cal would hypothetically have every right by whatever standard it chooses to turn down any ad."

The two go back and forth until Horowitz asks, "Are you going to refute another thing that I didn't say? There's no great achievement in arguing with somebody who's not in the room."

Whether it is willful foreshadowing or just a slip of the tongue, what Horowitz means, of course, is that it's no achievement to refute a statement that was not made.

At this point he and the questioner begin speaking over each other like two quarrelers in a parking lot, or on "Crossfire." The crowd noise grows and it's hard to hear.

"I am not going to stand here and argue with you," Horowitz shouts.

"Then don't," retorts the questioner in a rhetorical triumph of the playground variety that brings applause from the left-wing constituency.

And the testiness escalates.

Questioner: "No, you're not going to filibuster me. Second of all, there are people in this hall, some of whom may be too young to know, many people who are ..."

Then someone in the crowd shouts out, "Turn his mike off!" and the crowd erupts in boos. The speaker's mike is indeed turned off and in the classic gesture of the aggrieved speaker the questioner climbs on a chair and continues to speak, but now he cannot be heard over the roars of the enraged crowd. One of the Republicans handling the mike where the questioner had been standing signals frantically to Carrasco, the host, to turn the mike back on. His face looks like Reese Witherspoon's face in the movie "Election" when she's trying with every fiber in her body to exert her will over the cruel, cold reality of high school politics.

The microphone does not go back on. The crowd grows angry. Next thing you know, Horowitz exits stage right, with bodyguards.

And Carrasco is back at the mike. "David Horowitz has left. And I just want to thank everyone for coming. Please take it outside. We're asking everyone to leave through the back doors."

And with that, it was over.

For all the sound and fury, the question of reparations never separated itself from the hubbub over free speech and academic freedom. So as the crowd thinned and Horowitz's anticlimactic exit left us unsettled, some of us walked into the night air with the burdens of a cruel history still weighing heavily on our shoulders.