A new online music service aims to give listeners what they want -- if music-biz moguls are smart enough to let it. 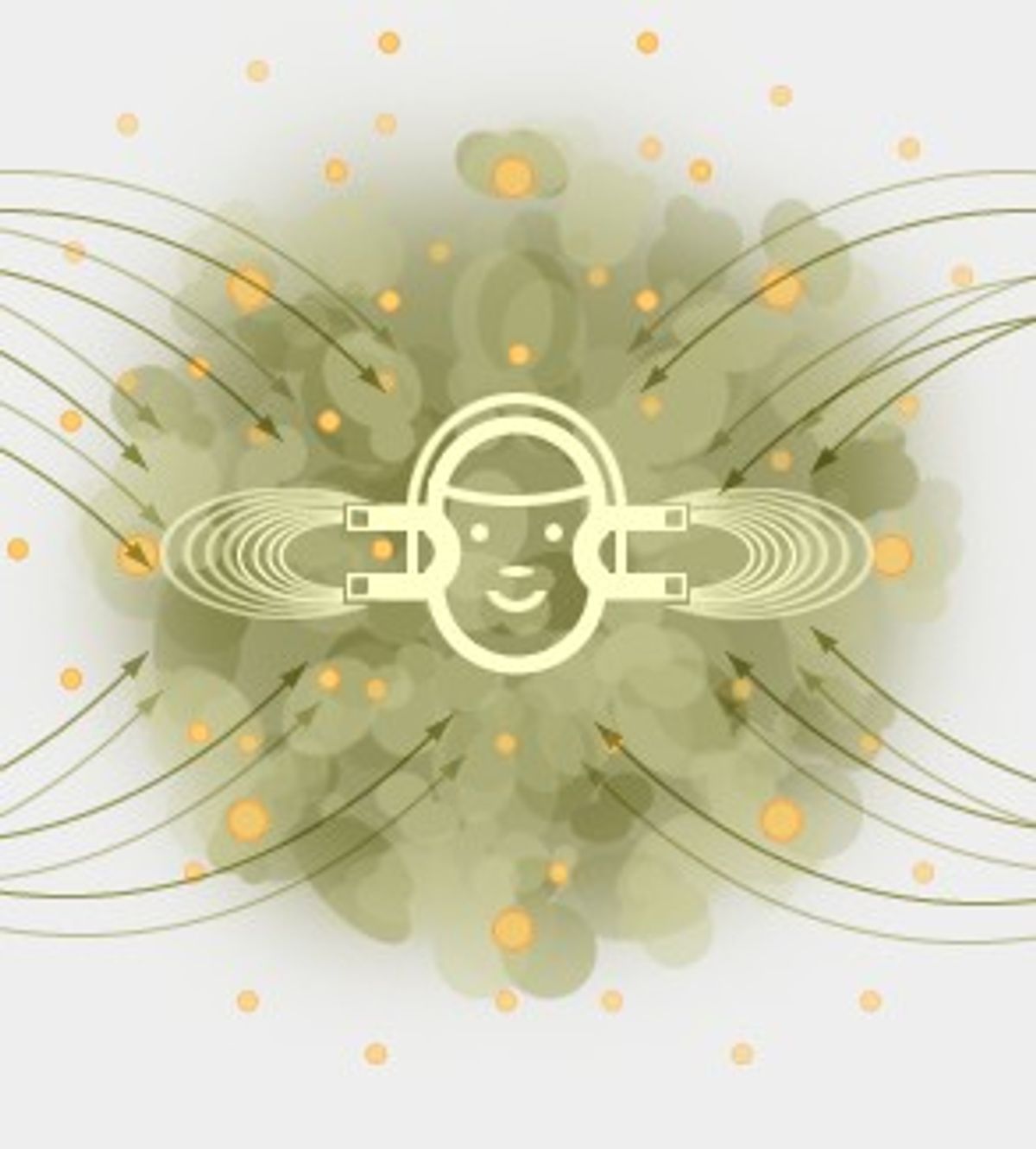 Call it the post-Napster dilemma. You've got that tune stuck in your head -- maybe it's the new Matchbox 20 hit; maybe it's the Winter movement from Vivaldi's "The Four Seasons" -- and you simply must hear it as soon as humanly possible. But Napster's become a kludgey mess, thanks to court-mandated anti-piracy measures, and you can't find your song on Gnutella, and you can't figure out how to use FreeNet. Is the era of instant music gratification over?

Maybe not. On Friday, a Santa Cruz, Calif., start-up called AudioMill released the beta version of its new software, the BitBop tuner. AudioMill executives are billing it as the TiVo of Internet radio, and if they can pull off their ambitious plans, music fans stand to benefit greatly.

The AudioMill pitch is straightforward. There are thousands of streaming-audio radio stations online at any given moment. You tell the BitBop tuner what band or song you want to listen to and the software searches for stations that are either playing your song at that very moment or likely to do so soon. The BitBop tuner will not only play the song for you immediately but will also make a permanent copy of it on your hard drive.

Sound a lot like Napster? Conceptually, it is -- once again, it's a service that will find you the tune you want at the exact moment you want it. But there are several crucial differences. First, the quality of the songs is only as good as the quality of the stream, which, in the case of most online radio stations, is somewhere between 40 kbps and 128 kbps. As most 56 kbps dial-up modem users know, such speeds do not always make for a pristine musical experience. Second, right now, instant gratification isn't always possible. Unless you're looking for Britney or Eminem or Madonna, the odds are slim that even one of the thousands of stations will be playing your song this very second. Finally, BitBop encrypts the tune as it drops it onto your hard drive, so that you can only listen to it when you are seated at your computer and using your BitBop tuner (in other words, forget about burning it to a CD or putting it on your MP3 player).

Despite these drawbacks, the BitBop tuner is still a nifty service, one that the recording industry ought to embrace. In an era of corporate consolidation and pay-for-play payola, BitBop gives us what radio once promised but has failed to deliver: the ability to introduce listeners to new music beyond the same old, same old bland, cookie-cutter Top-40 industry-approved tunes. This should be manna from heaven for profit-hungry recording studios -- whenever fans are hearing new songs, they are also probably spending more money on music. BitBop could be yet another instance of the Net proving that it is the best thing that ever happened to music.

If, that is, the music-biz moguls are wise enough to let BitBop succeed. But that is far from certain. AudioMill's executives believe they are legally in the clear. But the laws surrounding Internet radio are, if anything, even murkier than those surrounding Napster-style peer-to-peer file swapping. In fact, just as AudioMill was launching, Streambox, an already-established competitor with a very similar business plan, pulled its free online streaming-audio search engine off the Web.

Like any good start-up executive, AudioMill CEO Bill Putnam is bullish. "Fundamentally, this is one of the best tools I've ever seen for helping people to discover music," he says. "It's really compelling. At the end of the day, what you have is a personal recording of stream-quality audio. Ultimately, there's a wonderful opportunity to have a follow-on commerce event where they can take that stream-quality audio and replace it by buying either a CD or MP3 version of it. It helps you find music and then at the end of the day creates an opportunity."

He's right. BitBop use is addictive. The system tracks the past playlists of thousands of stations and uses an algorithm to figure out which stations are most likely to play your preferences. As it does, it succeeds in doing what previous personal recommendation services like Firefly attempted but ultimately failed to do: It helps you discover new songs that will appeal to your musical tastes.

But if you use BitBop to search for, say, Massive Attack, you'll be served a list of 15 online radio stations that all tend toward the trip-hop side of the musical palette. BitBop will also tell you what each one is playing at that minute. So maybe while you're waiting for "Angel" to pop up somewhere, you'll get served a song from Tosca's album "Suzuki," or a groovy remix by Rae & Christian, or even a bit of M.J. Cole -- bands you may never have heard of, but from the same or similar genres as your choice. It's easy to waste hours clicking from radio station to radio station, exploring all kinds of new bands and great songs that not only fit into your aesthetics but expand them. (Essentially, BitBop is the perfect companion to Shoutcast, a popular tool that lets you make personal radio stations out of your MP3 collection.)

However, the software does have some glitches; in fact, it has a lot of glitches. The "recording" function is spotty at best, so even if you've programmed the tuner to record any Massive Attack tunes it can find, it will probably miss quite a few. And when it does nab a song for you, the recording frequently cuts off halfway through. Over a weekend of testing, I encountered frequent software crashes. Also, the built-in music player is annoyingly minimalist. (Why in the world wasn't a volume control included?) We can only hope the mistakes can be chalked up to BitBop's beta status.

But software bugs aside, of much greater importance is whether the company will be allowed to succeed. AudioMill isn't the first to attempt to make a place in this market niche. On the contrary, Seattle's Streambox, one of the first companies to promise a TiVo for Internet radio, ended up spending most of last year in court.

Streambox launched a Web-based search engine in 1999 that also aimed to track Internet radio stations and look for specific songs; in addition, it provided "ripper" software that captured and recorded those streams. But Streambox was quickly slapped with a lawsuit by Real Media, which objected to the way Streambox was circumventing the copyright protection in RealAudio streams.

In January 2000, a Seattle court issued a split decision on a preliminary injunction against Streambox; the two companies eventually settled and became partners. The lawsuit did not clarify the legality of the service, but not only did Streambox stop allowing its users to record the streams to their hard drives, but it removed its service from the Web entirely this week, planning to license its search technology rather than provide a service to the general public.

"We have not released our VCR product," says Streambox CEO Bob Hildeman. "We held off in the market until the Digital Millennium Copyright Act law is better defined. We're going to hold off until there's a clearer direction as to how the content should be protected, as well as the issues of performance vs. download."

Those "issues" are, indeed, where the notion of a TiVo or VCR for Internet radio breaks down. The Digital Millennium Copyright Act, passed by Congress in 1998, has specific rules for Internet radio. To qualify for an industry-approved license for Internet radio, an aspiring producer can't (for example) play three songs from the same album within three hours, or let users play specific songs "on demand," and must also "disable copying by users if in possession of technology capable of doing so."

BitBop isn't a radio station per se, but it certainly appears to allow users to circumvent the DMCA restrictions on Internet radio. And by converting a stream from a radio "performance" (governed by specific copyrights, licenses and rules) to a download (an actual, physical copy of the tune, governed by a whole different set of licenses and rules), a product like BitBop is living precariously in the gray legal zone between the two.

"This involves the anti-circumvention regulations," says Pamela Samuelson, an intellectual property expert and law professor at the University of California at Berkeley. "If you are going to be able to record something, you are essentially going to be making a copy of music that was basically programmed as a stream. The DMCA rules are very new; they are very complex and very ambiguous. And one of the things they are ambiguous about is whether there is a fair use exception or privilege, or whether fair use is really a viable excuse."

AudioMill's Putnam contends that all BitBop does is allow users to make copies of music they already have a right to, in the same time- and space-shifting sense that TiVo or VCRs do for TV. Like the CEOs of most legally dubious online music companies, he's also quick to claim "fair use," implying that the recording of streamed music does not fall under the rules prohibiting copyright violations. And without naming any particular decisions or laws that might support his product, he claims there is "a long history of personal recording rights that consumers will want to have follow them into the new technological world."

It's unclear whether Putnam's defenses will hold water with a judge if the Recording Industry Association of America tackles BitBop with a lawsuit. BitBop isn't exactly the same as a VCR or cassette deck or TiVo. According to Samuelson, there are no laws that prevent entertainment consumers from owning copies of TV shows or musical performances; in fact, a specific provision in the Audio Home Recording Act approves of noncommercial copies of music such as, say, a compilation tape made for a friend. But while users may have always had the right to stick a cassette in the stereo and make a copy of a song that's playing on the radio, it's a big jump from that unreliable and time-consuming task to a technology that simultaneously searches thousands of stations and records music automatically -- even when potential users are not actually sitting at their computers listening to the radio. BitBop may hope that it is legally safe because it prevents users from distributing their recordings to 10,000 friends, but in the context of the last two years of recording industry litigiousness, that's a big risk to take.

"The point is that the copyright industry right now wants to act as if any unauthorized copy is illegal, and any technology that allows you to make unauthorized copies is illegal," says Samuelson. "But the law is more complicated than that. This concept of fair use is not something that is easy to apply in all situations; that's why the law is somewhat ambiguous and that's why it's flexible."

The law may be flexible, but music industry lawyers are not. And that's a shame, because ultimately everyone should benefit from a distribution system that encourages more listeners to sample more music. We can only hope that someday some combination of digital music entrepreneurship and recording industry open-mindedness will arise to give us what we want.