Patents are your friends

Can open-source programmers use intellectual property laws to protect themselves from corporate software snatchers? 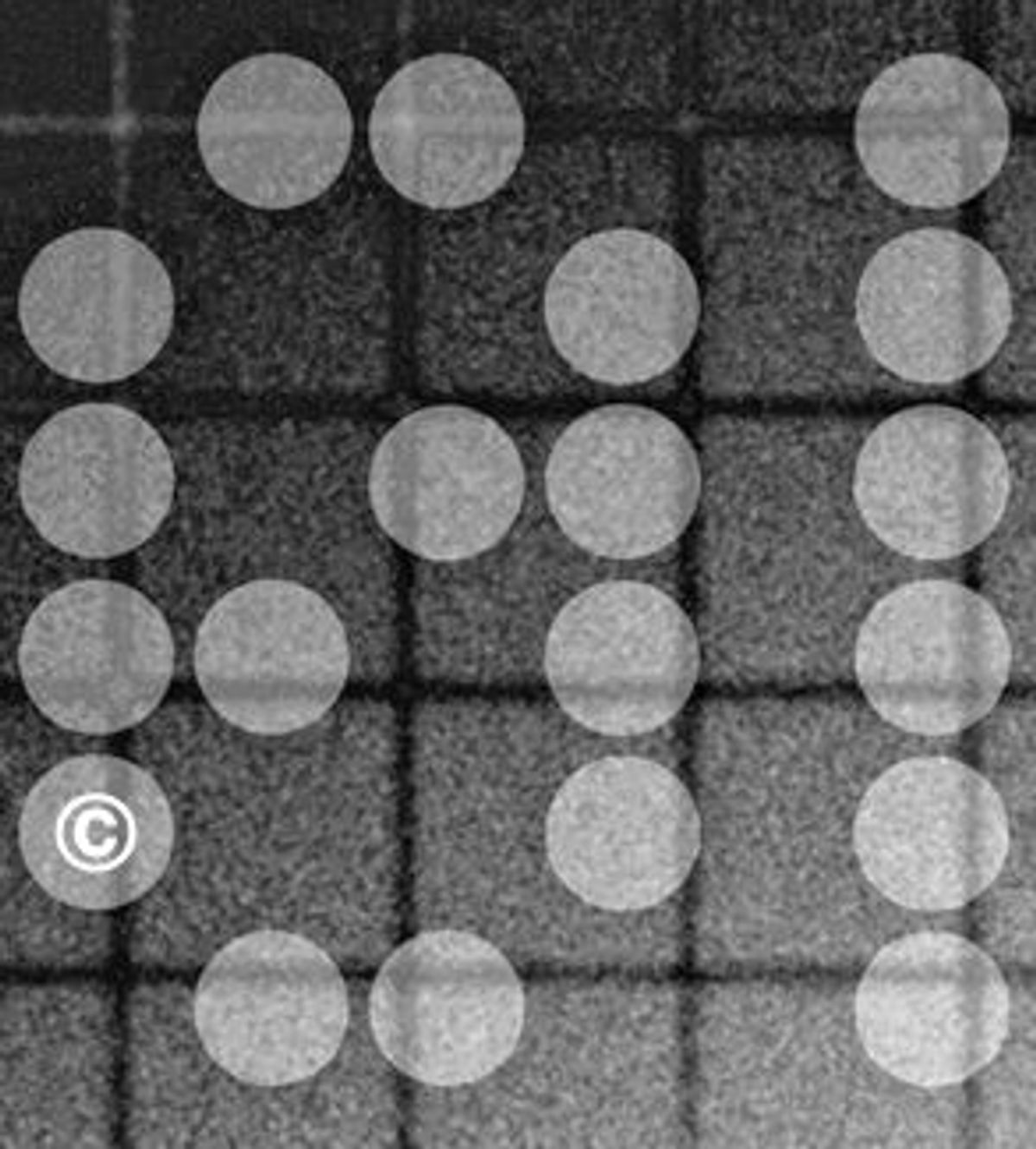 Patent protection for free software? The phrase is immediately jarring; for fans of free software, patent law has long been considered a kind of Great Satan. Free software is built on the premise that sharing ideas is both morally and pragmatically superior. But software patents are often employed by corporations to build walls around ideas. How can the two concepts be reconciled?

Some would argue, flatly, that they cannot. The past decade's mad grab for software- and Internet-related patents must be opposed, they argue, because patents stymie innovation, hurt consumers and, most of all, undermine software's open roots, its very nature. In a world where companies such as Amazon.com can patent simple business methods like one-click shopping, says Tim O'Reilly -- the computer book publisher who started campaigning against patents about a year ago -- radical change is required. "The best thing we can do is keep all patents away from the software industry," he says.

The chances of such change occurring at the level of patent law seem remote -- computer-related patent applications tripled between 1999 and 2000 alone. But there may be another way: The Foresight Institute, a nonprofit nanotechnology think tank, will announce later this month that it is forming an alliance with IP.com, a Rochester, N.Y., start-up dedicated to protecting intellectual property through the publication of new ideas. Together, as of May 1, the pair will give open-source programmers and projects the chance to work within the patent system even as they strive to overturn it.

Specifically, the joint venture will give open-source and free-software developers the chance to "defensively publish." For a fee of $20 per document (a significant discount over IP.com's usual $100 fee), software inventors will be able to place their innovations in a searchable software database. Since IP.com has already convinced the U.S. and European patent offices to check its database before issuing patents, inventors will be assured that patent examiners will see innovations that might otherwise be lost to unseen Web pages or college papers. IP.com has also put in place several safeguards, which ensure that the document is "in a form that's irrefutable," says David Kline, who has done consulting work for IP and is the author of "Rembrandts in the Attic: Unlocking the Hidden Value of Patents." So, if IBM tries to patent something that's been published in the IP.com database, for example, the inventor will have a better chance of beating the company in court.

The success of the venture isn't assured. Neither the guaranteed searches nor the sharper legal teeth will necessarily stem the tide of dubious patents, say some critics. Free software developers may not bother with Foresight's offer of disclosure, and even if they do, patent examiners might review an IP.com documented innovation and still determine that it's not relevant to a patent application for a related technology.

Still, experts say that IP.com and Foresight aren't just setting a precedent for cooperation among hostile forces. They're also offering open-source innovations more protection than they've ever had before. By creating a central, legally strong database that's cheap enough to be accessible to all, the two sides have given independent programmers the chance to "write a patent claim without getting a patent," says Bruce Perens, author of "The Open-Source Definition," and Hewlett-Packard's chief Linux strategist. Companies that try to patent all things electronically obvious may soon find themselves in court butting up against the same laws their predecessors made popular. It's a case of the people taking back the courts, says Robin Gross, a staff attorney at the Electronic Frontier Foundation, a nonprofit dedicated to protecting free speech on the Web.

"Intellectual property has typically been about cornering things off," she says. "But this is about using the law to make technology free, open and available. It's the open-source community taking the intellectual property laws and making them work to their own advantage."

Foresight decided to get involved in the patent game about a year ago, after discovering that a venture capital-funded start-up had attempted to patent an idea for annotation software that had already been implemented by Foresight programmers. The innovation -- a way to scribble notes on Web pages by routing the site through a Foresight Web server -- wasn't exactly revolutionary, but it was new, says Christine Peterson, Foresight's president.

That didn't stop Third Voice from filing a patent application for it.

"The experience gave us the personal experience of what we already knew was a horrible problem," Peterson says. "It's not that we have anything against Third Voice, but when we heard they were going for annotations, we became really frustrated."

Peterson and Foresight decided to do something about it -- to protect their open-source technology and that of future generations.

"We were going to design our own service," she says. "But then we saw IP.com."

IP.com didn't have big name recognition or a Silicon Valley pedigree. But the executives, many of whom have practiced law or worked in other areas of intellectual property, managed to win over the only party that matters: the U.S. Patent Office.

Indeed, getting the patent office to do anything new ought to win the company accolades, according to most patent experts. But more intriguingly, suggests Kline, once programmers know that the patent office will look at their work, they may be more willing to work within the legal system.

"Existing open-source 'publishing' takes place in hundreds if not thousands of different venues, the vast majority of them unknown to and unsearched by patent office examiners," says Kline. "In contrast, by publishing their code in this new IP.com-Foresight database, open sourcers will be sure that patent examiners in both the U.S. and Europe will actually know about it and search it and thereby be able to reduce the number of overbroad, obvious and non-novel patents issued. An aggregated, centralized and 'normalized' database is better than 10,000 disparate ones."

Other databases have already tried to centralize software in one place, and failed. The Software Patent Institute, for example, aimed to become a clearinghouse for software publishing a few years ago, but the site remains difficult to navigate and lacking in breadth. BountyQuest, a start-up that offers money in exchange for examples of software that will "bust" existing patents, also has aspirations to become a central storehouse for software intellectual property.

But both services differ from IP.com. They publish and collect only descriptions of software, including, in the case of BountyQuest, Doonesbury comics. But IP.com deliberately shoehorns information into a legal format.

Developers must submit specific details of their innovation. They will be prompted for a title, the release license under which they're publishing and a description. It must be limited to 5,000 characters of searchable text. They'll also have an option to add 25,000 additional, nonsearchable characters.

"The publication should describe certain information in order for it to be considered "prior art," says John McCabe, IP.com's CFO. The strictures make it easier for patent examiners, he says. They also help inventors defend their innovations in court.

Before launching its service last May, IP.com brought a beta version to several patent lawyers who analyzed the system for holes, for tactics that corporate attorneys might use to impugn IP.com's database. Most cases turn on two issues: timing and credibility. Inventors who think they've been wronged by a patent must prove that they invented the innovation first, and that information about the invention was available -- in its original form -- before the company or opposing party tried to patent it. In both of these areas, the lawyers found a few weaknesses.

"So we fixed them," says Tom Colson, IP.com's CEO. "Now, we make sure that the document has more than just a date stamp. To prove that it's been available and unchanged, we capture a fingerprint of it, then have servers that test it and make sure that the prints matched. We'll be alerted to whether or not that document's been changed."

"We also will have hit records," he says. "They show that people have looked at it over the past 10 years."

So far, no legal cases have actually used the IP.com database, but Colson -- a former patent attorney -- is confident that the scheme is foolproof.

Others aren't so sure. No amount of tracking software or legal language will "keep bad patents from issuing altogether," says Mark Lemley, a law professor at Berkeley and an intellectual property expert.

The real problem doesn't lie with a lack of information, says Greg Aharonian, publisher of a patent newsletter and a consultant who regularly busts bogus patents. "It's about the logistics of getting to that information," he says. "You have to know how to match the information with the patent application, how to differentiate it and know whether or not it's relevant. Most patent examiners don't even include nonpatent prior art sources [like the IP.com database] on their patents, and it's not because they don't see it or know where it is. They have 900 databases that they supposedly look at. One more won't make a difference. It's like pissing into the ocean; it adds to the volume but doesn't do anything that will ever be noticed."

But as a symbol of a truce between free software and the patent establishment, the IP.com-Foresight union is important, says Kline. "No open-source organization has ever worked with anyone in the intellectual property communities of the world. And by working together to eliminate bogus patents, it's good for everyone."

Kline even predicts that it will lead to more cooperation. "This will lead to a more robust database; it's the first step in a deeper détente where people from both sides [of the intellectual property debate] will work together."

But ultimately, no one believes that IP.com will solve all the patent system's problems, says Perens. One can oppose the intellectual property system and still use it, he says. "We just want to let people know what we've done and protect it from being stolen," he says. "Even if programmers flock to IP.com, it shouldn't be taken as an endorsement of the [patent] system," he says. "We don't approve of it, and we don't think it works."