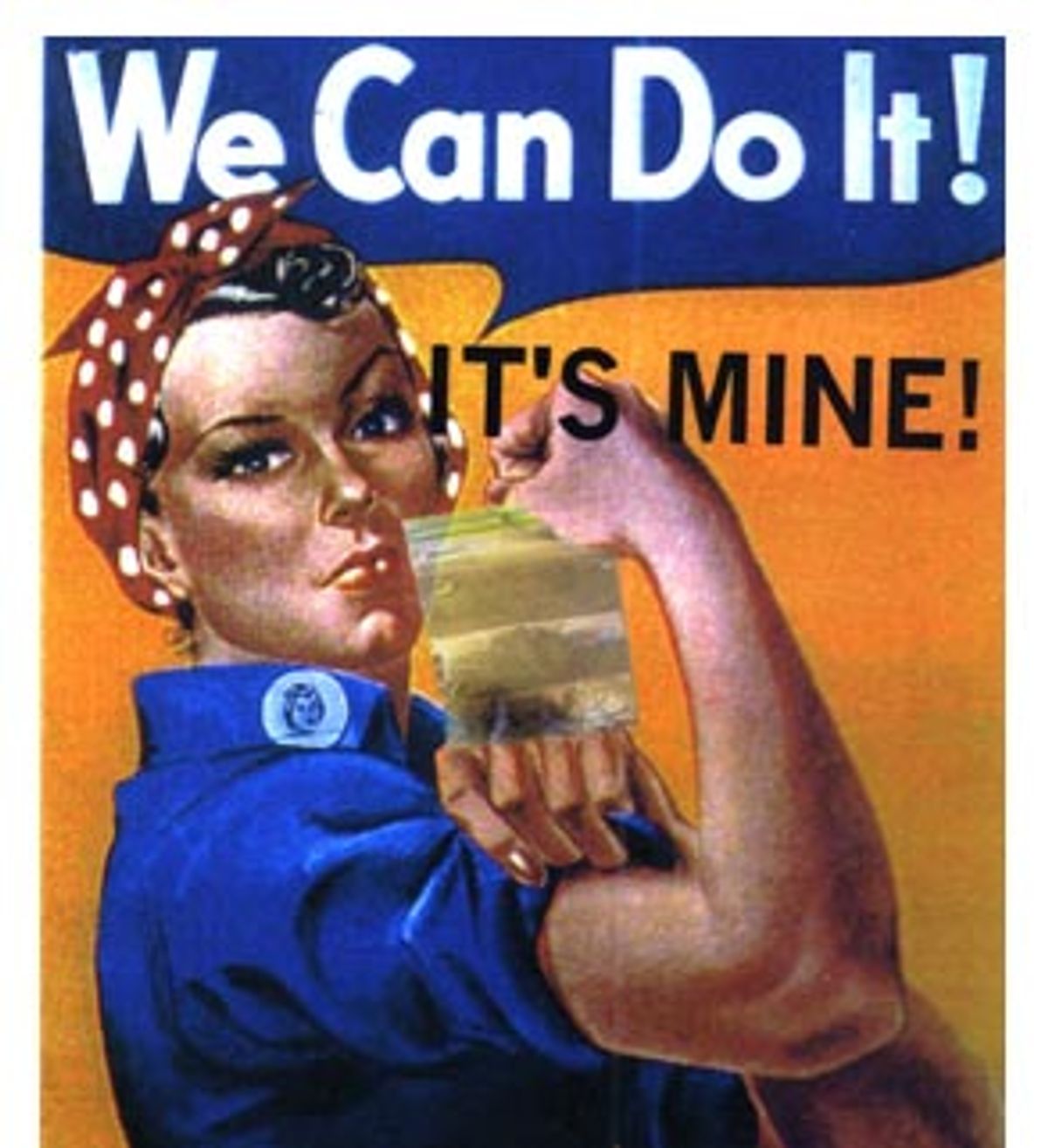 Jackie Sumell's art project, she says, is less about art than about social intervention. An MFA student at the San Francisco Art Institute, Sumell has put out the call to female friends and acquaintances: Shave your pubic hair, put it in a little plastic bag and send it to her in the mail (anonymously, please). Her rallying cry? "No Bush! -- It's not yours, it's mine."

It may sound ridiculous, and more than a little bit gross. (Sumell warns that her project is not for the faint of heart, and says her roommates are a little bit miffed.) But she's had a great response so far -- more than 200 contributors. She plans to hang the bags of bush on a clothesline at the National Organization for Women's April 22 march in Washington. And if all goes well, there will be 538 of them -- the number of certified votes by which Bush won in Florida, plus one. Sumell is using this number to symbolize the way the election has, she says, set back women's rights.

Sensationalist San Francisco stunt? Yeah, well, maybe so. But Sumell says her purpose is to draw attention to the erosion of pro-choice laws -- and how else to combat a lack of attention than with a shocking public display?

"As a conceptual artist, I'm sometimes criticized for being too literal with my work," she says. But she thinks being literal is sometimes the most appropriate way to convey a point. "It's simple, it's catchy and it's not esoteric," she asserts. "It's straight to the point. And I really want people to think."

Her art activism has gotten attention before. On the eve of President Bush's Inauguration, a collective of artists Sumell belongs to covered the signs for Bush Street in San Francisco with signs that read "Puppet." That project caught the eye of CNN and other media outlets. (Sumell's hairy protest is not the first of its kind; Salon reported on a similar, pre-Inaugural protest back in December.)

A philanthropist friend is sponsoring Sumell's planned trip to the nation's capital for the event. "She said, 'I can't shave my bush; I'm too old,'" Sumell relays. So she decided to help in another way, on the condition that she remain anonymous. The philanthropist's husband, according to Sumell, is a wealthy Republican contributor.

Have other women been more forthcoming with the raw materials? Some have expressed support for the project, she says, "but they don't want to shave because they're afraid of the itch. My response is, 'Come on! Here, I'll give you some Gold Bond powder. After three days, I swear, it goes away.'"

Summel says she's a bit disappointed at the lack of concern that groups such as NOW and the National Abortion and Reproductive Rights Action League have been able to draw to the issue of women's reproductive rights. "NOW has gotten too big," she says. "It can't have an intimate dialogue with American women," so it feels to most women like some distant political organization. "I think it's really ridiculous that I was the first person to tell my friends about the international gag order."

What initially spurred Sumell to pursue the project was Bush's ban on federal funding of family planning groups overseas that offer abortion counseling -- an action he took on the 28th anniversary of Roe vs. Wade, and only 48 hours after being sworn into office.

She says the recent gag order is reminiscent of former President Bush's ban on abortion counseling at federally funded family planning clinics in the U.S., which was eventually struck down in federal court. Even though Sumell, 27, is part of a generation of women who were born after the 1973 Roe vs. Wade decision (the same year, in fact), a group that some feminist activists fear takes abortion rights for granted, she does remember living in South Carolina in the 1980s and seeing the way the earlier Bush gag order affected her neighbors there.

Sumell also repeats the concern that groups like NOW and NARAL have about the new administration: that reproductive rights will be eroded by incremental changes such as parental notification laws, added restrictions on abortion providers, a ban on "partial-birth" abortion and restrictions on the use of RU-486, all stated objectives of different Republicans in Congress.

So NOW's march holds particular relevance to her. And while she hasn't gotten much response from the event's organizers, Sumell hopes her project will play an engaging role. She'll set up a booth where women can do their part to add to the project. And she says she'll keep plenty of Gold Bond available.