The exception proves the Rules

It's still about catching Mr. Right. Just don't be afraid to throw one back. 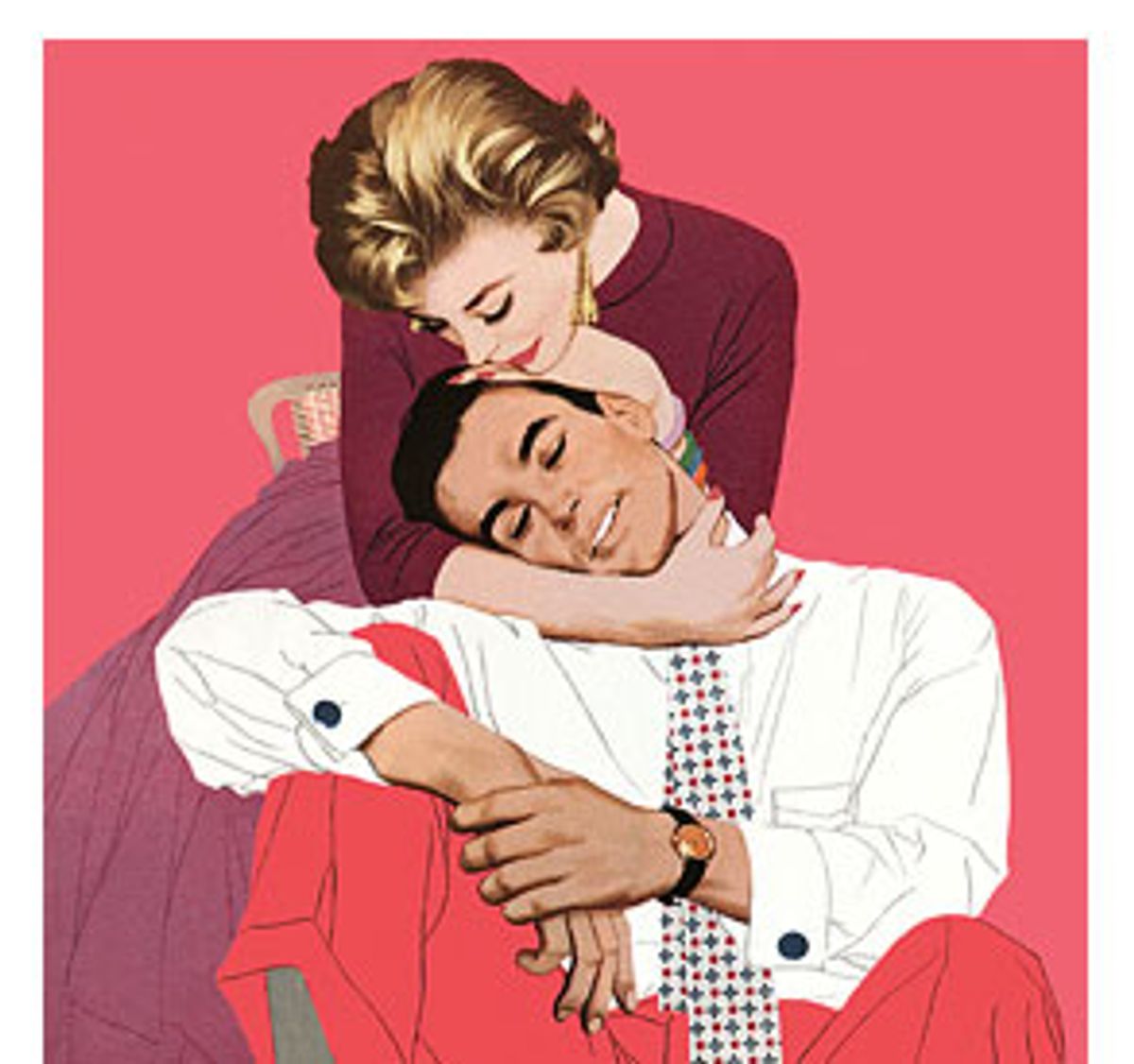 [The book] is subtitled "Time-Tested Secrets for Making Your Marriage Work." But there is a problem. One of the coauthors is getting divorced. Now AOL Time Warner Inc.'s publishing unit, Warner Books, which is planning to print at least 100,000 copies of "Rules III," has a marketing puzzle on its hands: how to sell a how-to book on wedded bliss co-written by a woman whose marriage is kaput.

Author Ellen Fein, a stay-at-home mom before her book success, cited "abandonment" as grounds for her divorce claim filed in Nassau County Court in Garden City, N.Y., on Jan. 3, 2000.

In an exclusive, if furtive, interview with Salon yesterday, Ellen Fein maintained that her rules for marriage still work, and that they would have continued to work were her husband not deeply flawed. Fein says she plans to use the advice from her first book to capture the heart of Mr. Second Husband, "now that Mr. Useless is out of the picture."

To prove her point, Ms. Fein provided us with an excerpt from the upcoming book, what she calls the "Top Ten Rules for a Lasting Rules Marriage."

1) Be an inscrutable creature of mystery.

Being an inscrutable creature of mystery is really an attitude, a sense of entitlement that permeates your being from head to toe. It's the way you smile (rarely), speak (affectedly) and listen (occasionally). If your hair falls in front of your eyes, sweep it back from your face in a long, sweeping gesture. If smoke gets in your eyes, fan it away in a long, fanning gesture. When he says "I love you," get a faraway look in your eye and cough lightly. Then say something vague like "Did I leave the oven on?"

2) Never do anything yourself that he can do for you.

Men love being asked for help, as this makes them feel useful and alive. Never lift anything that weighs more than 2.5 pounds without whimpering ever so slightly. Refuse to learn how to work the VCR. There is no game so compelling and no job so important that it cannot be dropped immediately so he can come to your aid. Men are biologically programmed to hunt and lift, and they appreciate the chance to demonstrate this at every opportunity.

3) Have sex no more than once a week.

Just because you're married doesn't mean you're always available. You refused to date him more than once a week before you were married -- why start giving in now? The unobtainable is always more exciting, because men want things they cannot have. Even during sex, you should remain somewhat distant. When he says, "Oh, baby," say, "What's different about your ceiling?"

4) Don't stop playing hard to get.

During the courtship, you acted sweet and demure. Just because you are married doesn't mean you can start being yourself. We know it's hard, but it's a Rule. If he has a bad day at work, or if his mother dies, disappear for a week without leaving a note. If your budget doesn't allow for this, invite the gardener in for a martini or call his boss and tell him you're lonely. The best way to encourage a man is to make him wonder what you are up to as he attends an important out-of-town conference or the funeral of a loved one.

Now that you live together and you can't time your phone conversations, you must avoid seeming desperate. This can be accomplished by eschewing conversation. Simply don't speak, then act surprised if he asks you if anything is the matter. If he asks what's wrong, say, "Nothing!" in a high register and hum cheerfully to yourself. If he walks out of the room, don't follow him or he'll think you're a loser. If he loves you, he'll come back bearing an expensive gift. If he comes back without an expensive gift, call his best friend and tell him you are lonely.

6) Don't stick to your budget.

Remember: It's always the girl in the cute clothes who gets the guys. He won't care what the bank does with the house as long as you are wearing $500 strappy sandals. There will always be other nest eggs, but these shoes will only be in style for a season. Max out the credit cards at Prada. He'll forgive everything when he sees you in that sexy top.

Even after you are married, act like a Rules girl on your first date. If he makes a move, slap him. Men love feisty and violent women. Be coy. If he touches your thigh, say, "Now, Roger," in a warning tone. If he touches your breast, say, "Now, Donald." Pretend to forget who he is. Giggle mysteriously when he asks if you are OK. Say, "If a tree falls in the forest, does it kill a squirrel?"

Fellate the gardener. If he catches you, say, "Home so soon?" As your husband, he'll want you all to himself, and will demand to know the meaning of this. Pretend you don't speak the language. Pretend to be an alien from the planet Venus. Pretend the CIA has implanted a chip in your head and that's why you have to wear a tinfoil cap.

9) Don't concern yourself with what he does.

If he suddenly starts coming home after dinner, hum louder and more cheerfully. If he mentions he was working late, pretend not to notice he was gone. If he demands to know what your problem is, pretend to be distracted by a clever line on "Friends." Say, "How do they come up with this stuff?" If he tells you he is unhappy, turn on the hair dryer. He'll plotz when he sees your new hairstyle. If he serves you with divorce papers, make an origami swan and balance it attractively on your head.

Remember why you married him in the first place: for the ring, which you get to keep. Also, the house. If you're feeling weak about the Rules and are starting to feel like your old, pain-in-the-neck self, reread "The Rules." Then buy "The Rules II: More Rules." Then buy "The Rules III: Time-Tested Secrets for a Lasting Marriage." Take a bubble bath. Exercise. Take another bubble bath. Think about your life. Don't eat a cookie.