President Bush's decision to pull the U.S. out of the Kyoto Protocol insults our history, our spirit and our greatness. 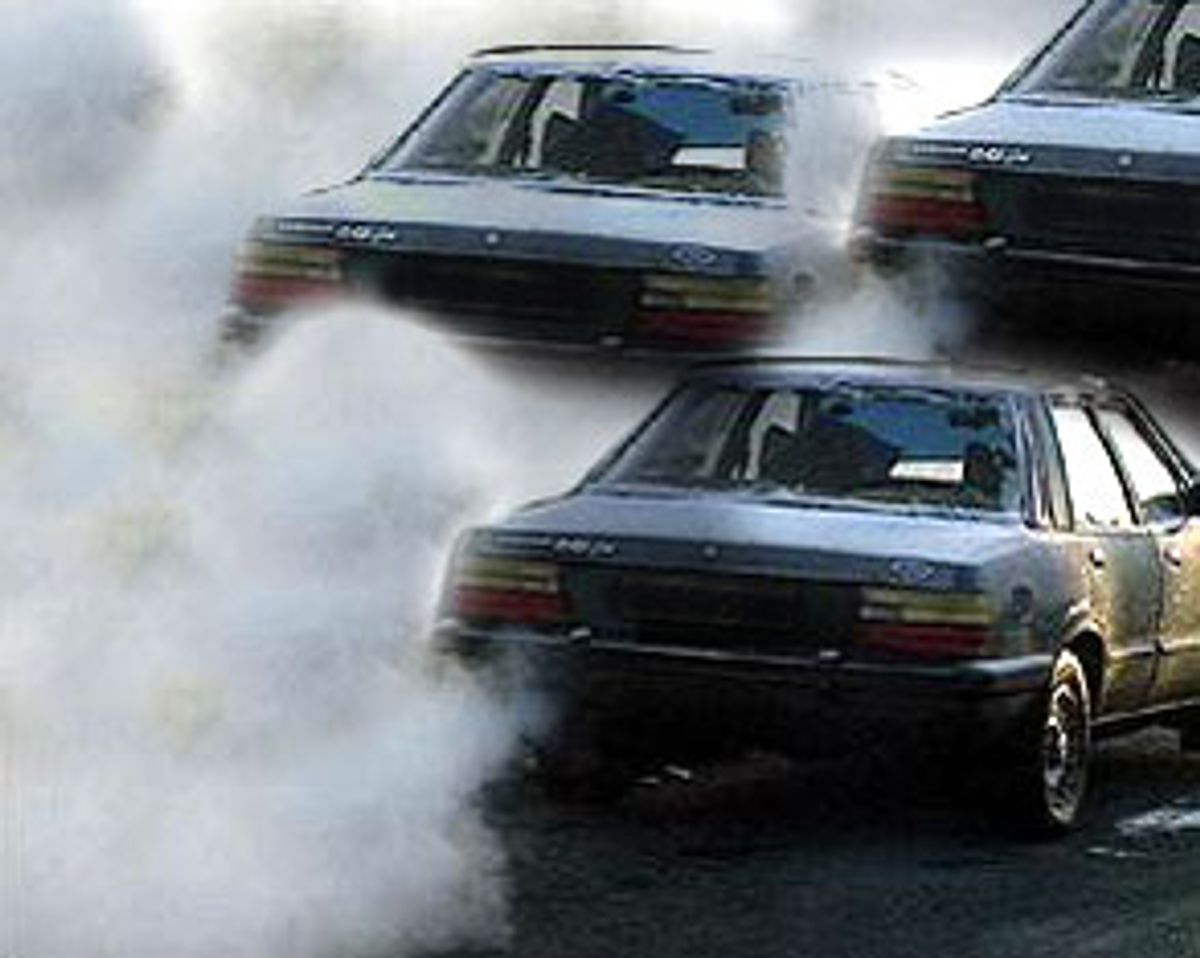 There are many reasons to criticize President Bush's recent move to withdraw the United States from negotiations surrounding the Kyoto Protocol on climate change. The world's most powerful leader is deliberately avoiding one of the most significant issues facing the world. He is jeopardizing U.S. credibility and standing in the global community. He is threatening to keep the U.S. economy behind a trend toward energy efficiency that the rest of the developed world has clearly embraced.

But there is another reason, one that is of concern to every American, regardless of political affiliation.

In a letter to four U.S. senators, Bush said he won't support the Kyoto Protocol because it does not yet command participation from developing nations, including China and India. He says their absence makes the approach "unfair." He is saying, quite concretely, that the U.S. won't participate unless everyone else does. He is saying, quite directly, that we, the United States, would prefer not to lead on this issue.

It's a position -- an excuse, really -- that would be plausible coming from Lesotho, Paraguay or the Czech Republic. But not from the United States.

I respect all nations and all peoples, but I love my country. Like many, I happen to believe I was born in, and live in, a genuinely great country. This is no empty pledge of allegiance; my sense of patriotism requires one to be specific about those national characteristics that one loves. (It is a process that allows for many forms of greatness; it recognizes that all countries can be great in their own way.) One of the things I love most about my country and the people who live here is that we're able to tackle the most immense problems and challenges -- and solve them. This is our history, our deserved claim to fame. Our legacy of originality, creativity and ingenuity has its roots in our nation's very beginning. We toppled a monarchy and tried out a new experiment in democracy. We created the process of mass production to bring highly technical products to vast numbers of people. We built an arsenal to defend freedom on several continents at once, and did it overnight. Want to go to the moon? Get Uncle Sam on the line.

As the world's only remaining superpower, our unique burden and enormous distinction has been that we must lead the way on the world's most critical issues, its most intractable problems. It is our huge responsibility. But it is also our particular joy. We're Americans. Give us a few minutes under the hood; we'll get this baby going.

In a 1962 speech in Bush's home state of Texas, John F. Kennedy identified a great challenge and magically captured this American spirit. "Why climb the highest mountain? Why, 35 years ago, did Lindbergh fly the Atlantic? Why does Rice play Texas? We choose to go to the moon. We choose to go to the moon, and do the other things, not because they are easy but because they are hard."

So it once was. Suddenly, it's different. President Bush would have us slouch to the end of the line, step to the periphery as hapless bystanders. He would have us defer, regardless of our history, regardless of the certain peril in such deference. Now, as China goes, so goes the U.S. (That's right, we'll only sign on to the global compact on greenhouse gas emissions if it is first signed by the Communist regime in China -- Red China, as they presumably say at the Bush dinner table.) We will wait, blushing and shuffling our feet, for some energetic leader of another country to take the initiative, to drag us along for our own good.

Kennedy knew what the rest of us know: A strong country is not afraid of high standards. In fact, a strong country tries to set the highest standards possible, knowing that it, as much as any other nation, possesses the skills and energy to meet those standards. That was the America in which I was born. George W. Bush's statements notwithstanding, it is the America in which I live.

The United States should be doing all it can to support the ratcheting up of standards on the emissions of greenhouse gases. It is a challenge worthy of the American spirit. And it is an effort that would bring tremendous economic benefits to the American people.

Bush's limited view allows him to see the costs -- his letter to the senators claimed Kyoto would harm the U.S. economy -- but prevents him from seeing the economic benefits of leading the way. U.S. investments in the war effort of the 1940s gave our automotive and aeronautics industries competitive advantages that lasted more than three decades. Kennedy's commitment to the Apollo program (he did not spend his limited time in office trying to line up support from developing nations) led to our economic dominance of the information age.

The same can be true when the new energy age rolls around -- as it surely will in the coming decade. If we commit to dramatic reductions in our carbon emissions, we'll spend much of the decade developing new and efficient energy systems and appliances. And the world will buy them. People in China and India will buy them as well -- even if their countries haven't yet signed on -- because they will be the best and most cost-efficient systems.

This isn't just the latest nail that Bush is pounding into the coffin of a beleaguered environment. It isn't just one in a litany of ecological horrors his administration has unleashed in a scant two months. This move is national capitulation. Bush is handing off the torch, declaring himself -- declaring us -- to be unworthy of leadership.

Among the many American things that I love and that are a source of great pride, two come to mind at this moment. There is the wondrous and diverse natural beauty of the American landscape. And there is our vital role as a leader on the global stage. With his decision on Kyoto, Bush has trashed both in one fell swoop.