This feverish blast of filmmaking is a brutal look at the violent heart of Mexico City -- and a breakthrough work of Mexican cinema. 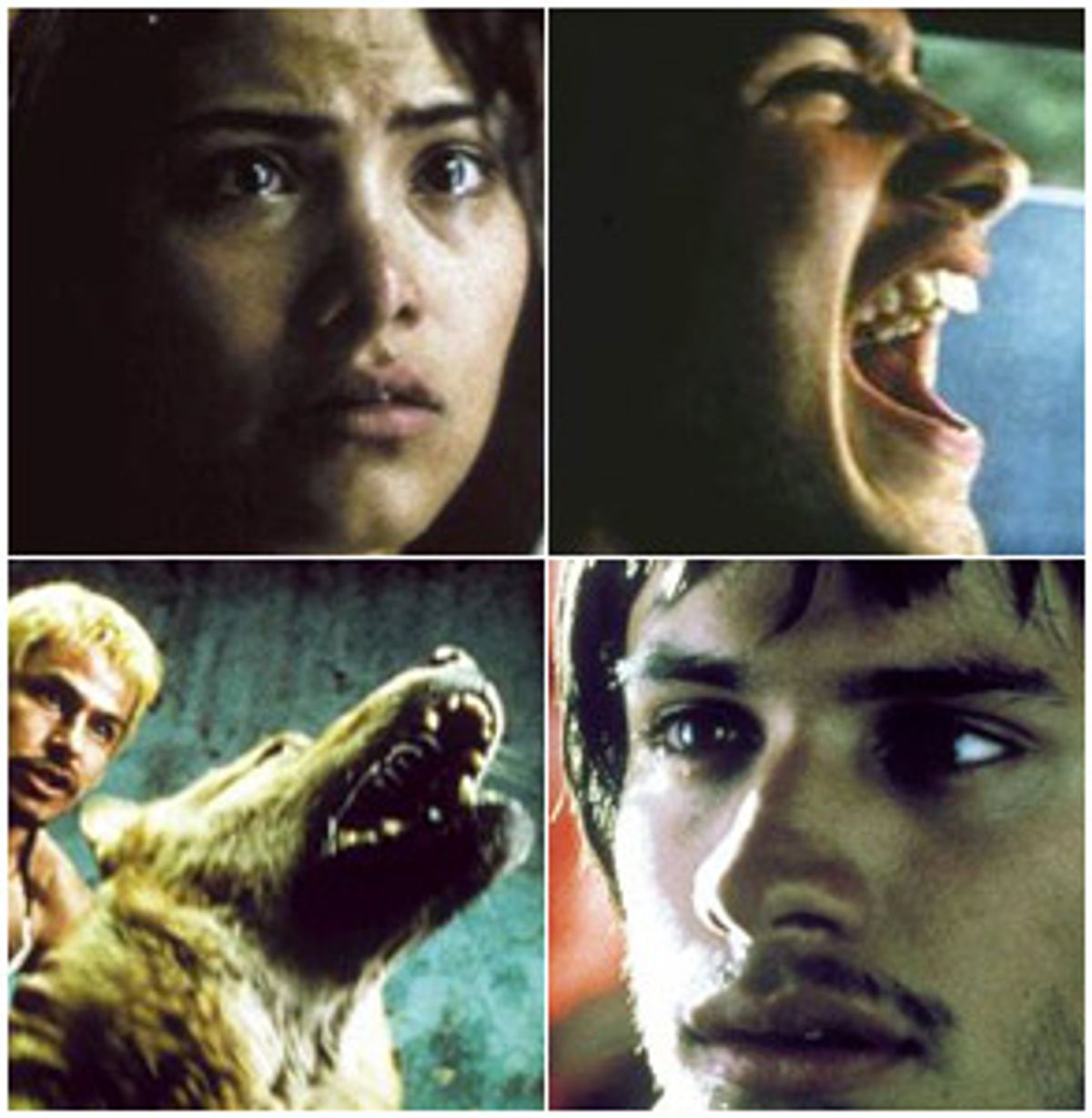 Any film that arrives with as much hype as "Amores Perros," the astonishing debut from Mexican director Alejandro González Iñárritu, becomes instantly vulnerable to backlash. So let me assure you that "Amores Perros" is too long by 10 or 15 minutes and that one of its three interlinked tales of street life in Mexico City works much less well than the other two.

For all González Iñárritu's immense talent and bravado, his film is raw in places, and its atmosphere of unrelenting physical and emotional brutality will certainly drive some viewers away. (As the film's U.S. distributor has taken great pains to explain, the gruesome back-alley dogfights central to one plotline are simulated. Violence against human beings apparently requires no such explanation.)

With pissant complaints out of the way, let's sum up: "Amores Perros" is a feverish, breathtaking tour through Mexico City high and low, an explosive, mosaic-style portrait of our continent's largest city. If you've ever spent time in the Mexican capital -- and even if you haven't -- you'll find yourself swept away entirely into this film's sensory realm, into the tang of smog and the feel of dirty turquoise stucco, the smell of frying frijoles and tortillas, the taste of Carta Blanca.

The whole question of why Americans are more likely to see films made in Bosnia or Iran than in the teeming, fascinating, spectacular country just south of us is worthy of a dissertation rather than a movie review, but "Amores Perros" may do something to change the situation. (If this film's success gives a fighting chance in the North American market to Arturo Ripstein, Daniel Gruener, Carlos Carrera, Alfonso Cuarón and other Mexican directors, it will have performed a vital service.)

But "Amores Perros" -- the phrase isn't easily translated, although "Love's a Bitch," the suggested English title, isn't bad -- is more than a breakthrough work for Mexican cinema. Its world of violence and subtropical beauty, its passion and heartbreak, its grimy realism and its sneaky, almost spiritual touches of surrealism mark it as a powerful and original work, the best and boldest debut film I've seen since at least "American Beauty" and maybe "Reservoir Dogs." (In the greater scheme of things, it's a more important movie than either of those.)

Yes, González Iñárritu's vision of Mexico City is part Quentin Tarantino, part Luis Buñuel, part Roman Polanski, all enfolded in the elaborate, melodramatic plot structure of the telenovela, or Latin American soap opera. But this saga of unrelated characters rich and poor, linked to one another through a horrific car accident and a loyal but murderous dog named Cofi, is both more tragic and more moral than those influences suggest.

Inevitably, this film suggests both "Pulp Fiction" and "Traffic" in its structure and sweeping scale, in its marvelous weave of details. There are significant differences, however. Possibly González Iñárritu could use some of Tarantino's gift for absurd comedy and his appreciation of weightless hedonism. But Tarantino needs the moral compass of "Amores Perros" -- the sense that cruelty and violence, although inevitable in human relations, are always evil and always corrosive -- much more.

As for Steven Soderbergh, who's a fine craftsman, a sympathetic spirit, by all accounts a prince among directors and one who richly deserves his success and fame, well, there is one place he could make a movie this good: in his dreams.

"Amores Perros" begins as if it's on drugs, in an oversaturated color panic, with two guys and their severely injured Rottweiler (the aforementioned Cofi) in a Mercury Grand Marquis, trying to outrun a group of heavily armed thugs in a hair-raising high-speed chase. This is an episode that can't and doesn't end well, but the resulting crash, which kills one person, maims another and leaves the dog on the roadside to be rescued by a homeless man, is only the jumping-off point for González Iñárritu and screenwriter Guillermo Arriaga.

From the accident, "Amores Perros" moves variously backward and forward in time through several stories about love and betrayal, about the ease with which people commit acts of violence and the difficulty they face in finding redemption.

We first meet Octavio (Gael García Bernal), owner of both Cofi and the Grand Marquis, a handsome dreamer seduced by his own visions of escaping Mexico City's slums with his brother's wife (Vanessa Bauche). Also injured in the crash is a blond supermodel named Valeria (Goya Toledo), whose pampered existence as the mistress of a married magazine editor (Alvaro Guerrero) gradually degenerates into an urban nightmare worthy of David Cronenberg or J.G. Ballard.

Last, the decrepit man who rescues Cofi from the gutter turns out to be El Chivo, or "the Goat" (Emilio Echevarría, a legendary actor who might be called Mexico's Dennis Hopper), a notorious ex-terrorist turned hit man. El Chivo's act of charity has unexpected consequences, which finally force him to confront the consequences of his life of violence.

Maybe González Iñárritu is lucky to live in a city, and a country, that are among the world's filthiest and most terrifying places and also among its most beautiful. What's so surprising about "Amores Perros" is not its sophisticated color palette, its ambitious scope or the highly energized cinematography of Rodrigo Prieto (or, for that matter, the Tarantino-worthy rock-en-español soundtrack), but its maturity.