As President Bush announces he won't hold any more press conferences, a relieved America comes together in gratitude. 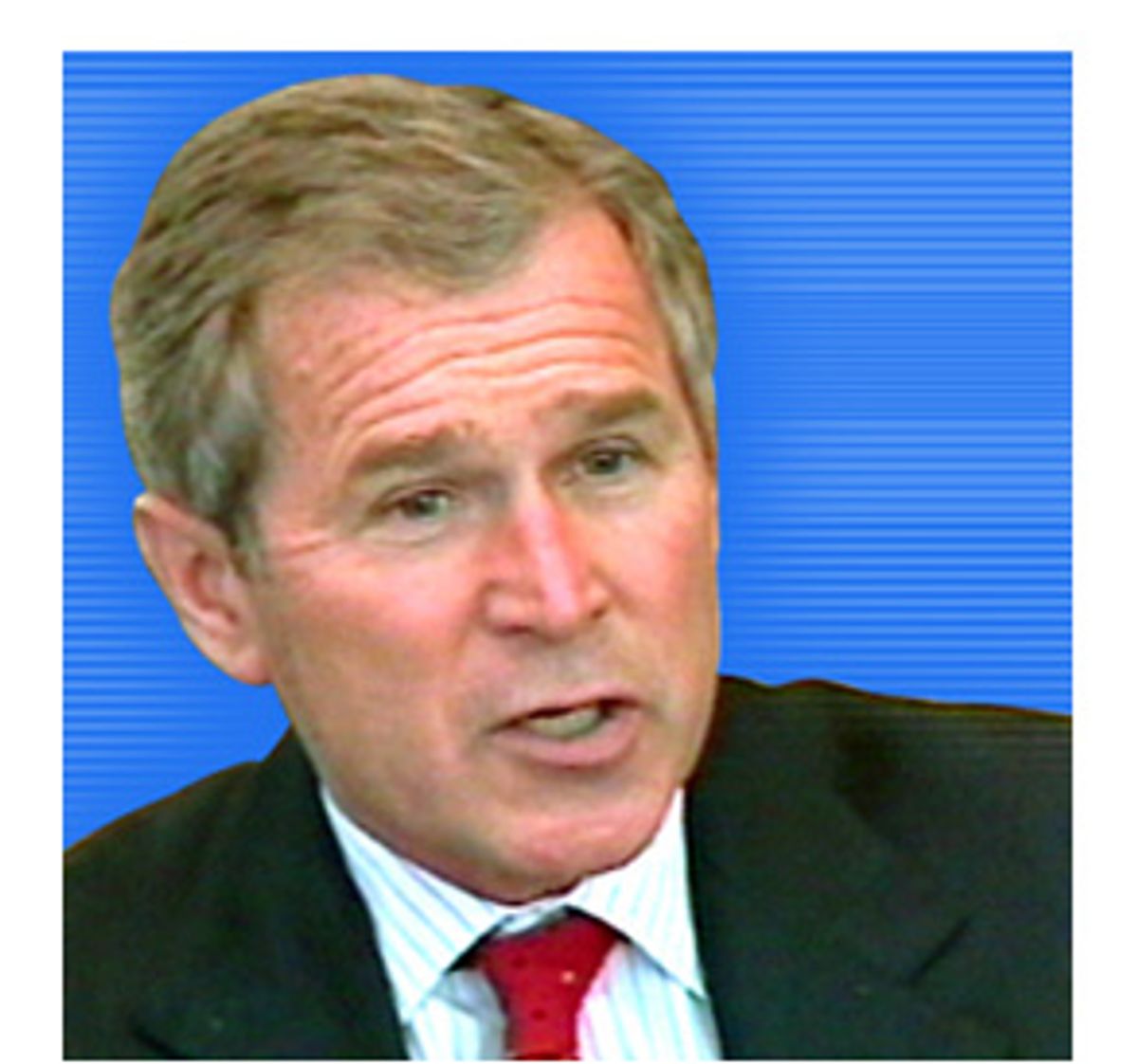 The unelected president has become the unspeakable president. Literally.

President George W. Bush, his spokesman announced Wednesday, will not be holding any more press conferences. Instead, he'll talk to reporters in a less "formal" way. "The president prefers an informality about certain things," said Ari Fleischer.

Welcome to the wonderful world of George W. Bush's brain, where it's always Casual Friday!

You can't really blame Bush for fleeing from the press with his larynx between his legs. You see, reporters have this annoying habit of asking questions. And when you don't know the answers and don't want to know the answers and there's no way when you're standing up in front of all these people for Dick or Colin to give you the answers, it's just like that horrible day in sixth grade when you had to give a report on the Mayans and you hadn't done any of the reading and didn't even know who the Mayans were and Jimmy Burton was going to slip you a crib sheet but he was sick that day and Mr. Snider made you get up in front of everybody and you couldn't get out of it and you had to say something so you said the Mayans were the people who invented Mayannaise.

That was a really bad day. And when you're president, you shouldn't have to have days like that. Otherwise, what is the point of being president?

And when you're the American public, you shouldn't be subjected to them either. It's embarrassing and hurtful to our national image. In fact, it's un-American. Even the people who voted for Bush knew he was a few beans short of a full burrito, so why make him stand up there and pretend he knows what he's talking about? That isn't him! It's unfair to him! And it's not why we elected him!

What America, or at least five old geezers in black robes, wanted was a genial, figurehead-type CEO who is incapable of defending or even explaining the decisions made by his corporate masters on the board of directors, but who can make ignorance seem charming.

In the Age of Bush, silence is golden.