I can't help seeing this Chinese business in sexual terms. 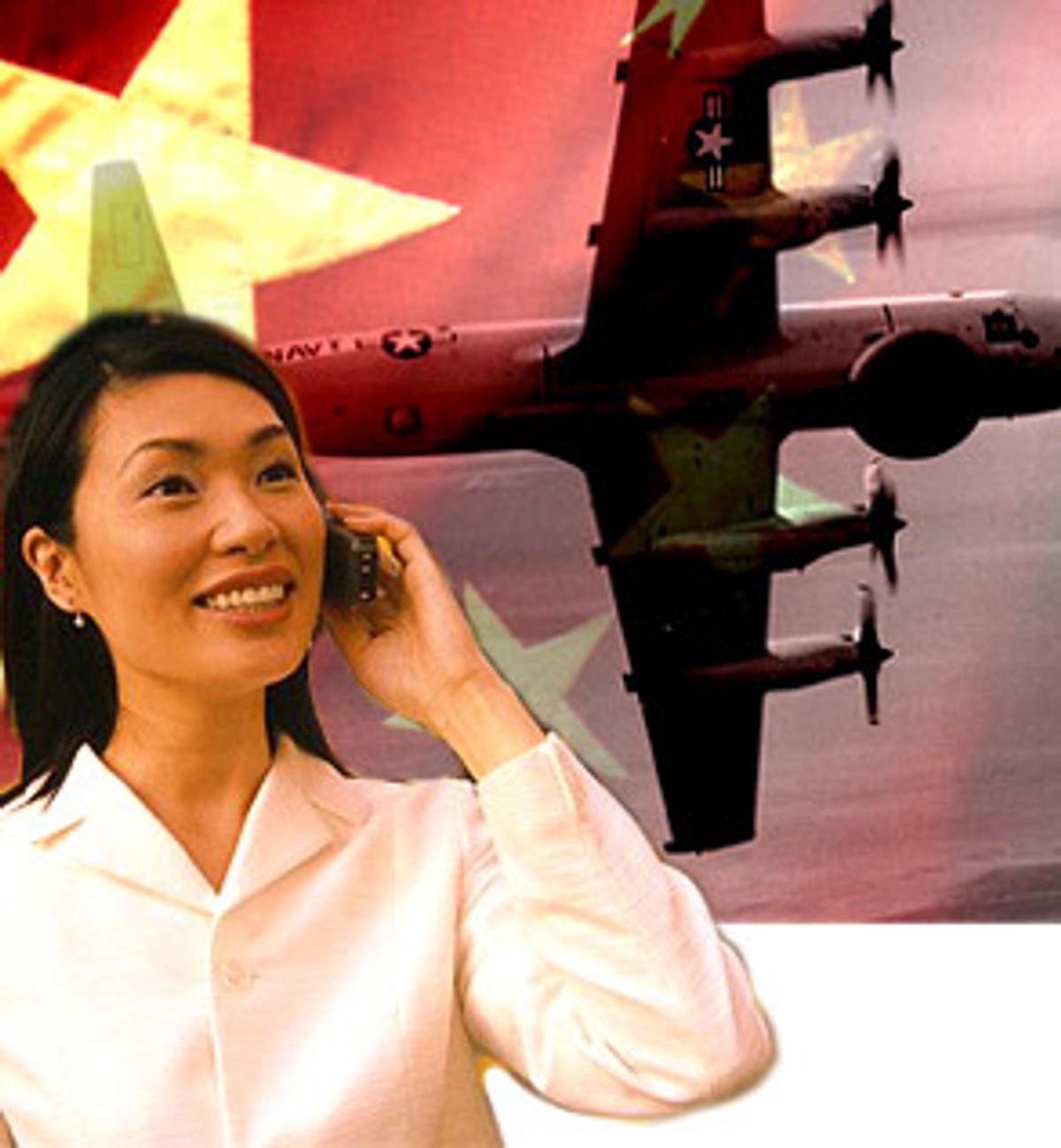 Maybe I have a one-track mind. Still, I can't help seeing this Chinese business in sexual terms. It all reminds me of "Dr. Strangelove" and the way sexual infants boasted of air control while being driven crazy by their own bodily fluids.

OK, so China sent up some flirty-bird fighters. What were our fellows meant to do? Crash to avoid them? What followed was a little air-to-air contact and -- surprise! -- we're bigger than they are. So their pilot ditches and ours (he has the right stuff) brings the damaged plane in to ... where's he gonna go? He lands in China, of course.

Well, if I'm the Chinese parents (and China, you know, still takes family very seriously), I'm going to be upset. So the Chinese decide to give our guys a thorough physical examination -- a DNA test -- to see how that high-tech Yankee semen really works. And they expect us to say we're sorry?

Some chance. Don't they know the old American axiom: Sexual adventure means never having to say you're sorry. Or, in more direct political terms, China is -- just as our rhetoric asserts -- a much less powerful nation than the United States. China is afraid of America as the USSR once was. (The remains of that union are now so shattered, they're beyond fear, which is our "victory" if we're stupid enough to see it that way and no other.) China was scared of us during the Vietnam War, which was as if China had shipped men and arms overseas to fight a war in Mexico.

Just think what the American mood would be if Chinese airplanes (those phalluses) were haunting the American shore, and a similar incident occurred. Would we like those Chinese guys spying on American girls? If a Chinese plane came down, wouldn't we take it to pieces?

As it is, President Bush and his gang are saying the plane is just the same as sovereign U.S. territory, when anyone with plain sense can see that it made an aggressive, voyeuristic gesture meant to raise fears. Know something? In 1976, a Soviet defector flew a MIG-25 to Japan and asked for asylum. The Soviets said the plane was theirs, and they complained that holding it was against the law. U.S. authorities kept it for nine weeks, minutely inspected it and finally sent it back to the Soviet Union in packing cases.

There was another time, in the '70s, when a Soviet submarine sank deep in the Pacific and the CIA did all it could to snatch it up. It was attempted theft -- and part of the game.

Is there a treaty about the rights we are claiming? Yes, a Law of the Sea treaty, which China and most other nations have signed. The largest single holdout on the treaty is the U.S.