I was an apparatchik for Red China

An American former editor at a government-run Chinese newspaper blasts coverage of the spy plane crisis. 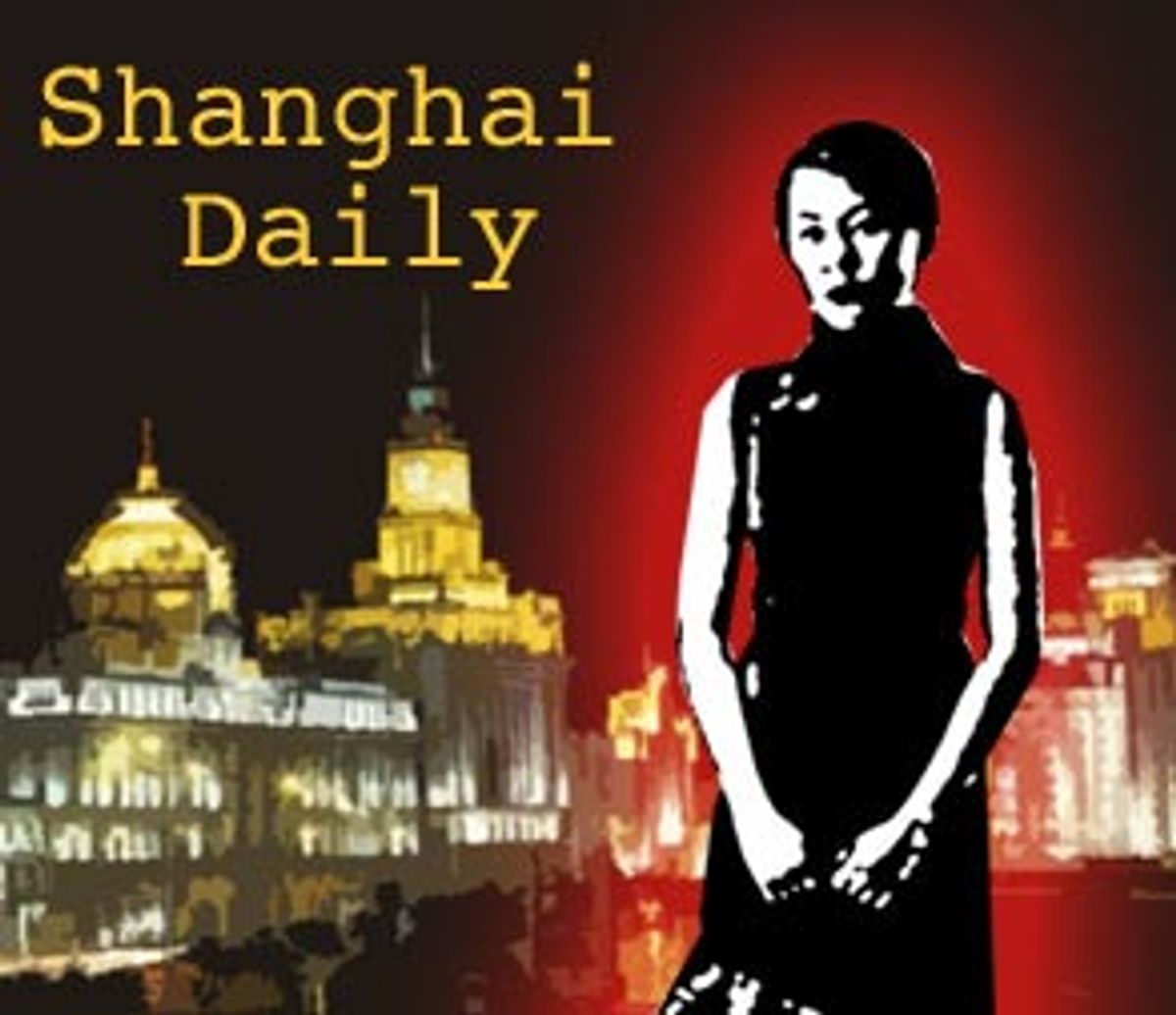 I've reveled in the crush of coverage of the spy plane standoff this week. But as a former editor at an English-language daily newspaper in Shanghai, I had a rare opportunity to see the Chinese media from the inside -- and that's why I'm also taking this week's screaming headlines with a big, fat grain of salt. I cringe when the American media uncritically quotes Chinese newspapers and Internet message boards without spelling out how pervasively the government controls the press.

I knew Chinese journalism had always had a healthy dose of government-controlled propaganda. But when the little Shanghai Daily was launched by the government in 1999 to promote the city's growing economic engine, it was meant to be something different, the Chinese said. It would be freer, less blustery, a symbol of the reforms and opening taking place in Chinese government and society. It sounded optimistic, I thought. Why not be a part of it? So two years after returning home as a Peace Corps volunteer in Africa, I made a neat 180-degree turn and joined the Chinese government payroll.

I thought the editorial policies at Shanghai Daily might be different from the government-controlled media most expect from China. First, the more liberal (at least compared with Beijing) local government would be in charge. And there would be no editorial page, no place to launch Communist attacks or nationalist sputter. The meat of the paper would be two pages of business to cover Shanghai's exploding financial markets and entrepreneurship. The rest of the paper would be filled out with simple, standard broadsheet fare: a page for national and world news -- with national news on top because, as one Chinese colleague explained, the government says China is more important. Then city news, sports and features. They even squeezed in the Wordy Gurdy.

On Oct. 1, 1999, the 50th anniversary of the founding of the People's Republic, Shanghai Daily launched with a reception at a five-star hotel where Communist Party leaders wished the paper's Chinese staff well. In an odd attempt to look classy, its Chinese editor gave a speech in English, with a Chinese interpreter, to the amusement of the Americans.

Next came the scrum-like autograph session where we were made to sign copies of the first issue, with TV cameras rolling and officials collaring passersby and steering them toward us, shoving newspapers they couldn't even read into their hands. The paper was going to be a hit, officially at least.

Shanghai Daily immediately began to promote itself on its news pages, publishing photos of local officials visiting and reading the paper. The last one before I left ran on Page 1, above the fold.

Most, if not all, of the American editors knew our work would be "journalism," complete with a large quotation-mark hand gesture. We trimmed back propaganda where we could, but that was often the best we could do. Stories from reporters or the official Xinhua wire service were sometimes spiced with wordplay, some of it accidental and most of it funny. Usually this was the result of a translation slip-up by the Chinese writers, like when a story about former prostitutes contained the word "sluts." Then, of course, there was the one unsettling reference to Tibetans as "dogs." As editors, we got used to bland, boilerplate stories quoting unnamed officials saying the Communist government was working out (insert problem here).

These seemed like minor things at the time, but they were as steady as a water drip. Sometimes the pressure of editing these stories got to us. One American editor would stand up from time to time in the newsroom and read snippets from Mao's "Little Red Book." It was not appreciated. He was tolerated, but he found himself with less and less work to do, and one editor later denounced him as "a disaster."

Newsrooms are usually lively places. But Chinese journalism with Communist characteristics makes for one damn quiet office. From day one, when we were escorted to empty desks at the top of a gleaming downtown tower, there was a gaping lack of communication. After hours of silence, a Chinese editor suddenly would appear and make announcements. "We're changing hotels tomorrow morning, so pack tonight," they might say, abruptly, or "Tomorrow you will do the sports page." No explanation. Then they wouldn't speak to us again for a week or so.

But Big Brother was never far away. Once I made the mistake of fooling around with my computer, changing the screen saver and the wallpaper. The next day a young man I had never seen before asked me to please put the settings back to normal.

Then, as mysteriously as he had appeared, he was gone.

Days got heavier with silence, jokes dwindled and rumors flew. One young Chinese editor, some whispered, was not allowed to wear a certain T-shirt picturing a map of China because the map did not include Taiwan. We heard another editor had to write a letter of self-criticism to the Communist Party after Shanghai Daily published another Taiwan-free map, a serious offense given the Chinese officially view Taiwan as a renegade province.

To the Chinese reporters' credit, they did write some stories, mostly business and Internet-related, that have been noted in the Wall Street Journal and other publications. And that's a fairly considerable achievement, since most of them were fresh from language school with little if any kind of journalism background.

But as eager and talented as the ground crew might have been, the influence of the Communist Party was always present at the top. Editors pulled stories from the front page at the last minute. Some simply disappeared. A riveting story about exploding gas stoves at Mongolian-style restaurants was either dropped or buried after much dithering. Stories on a factory explosion that killed several people and paint fumes that overcame two downtown workers both became tidbits on Page 3.

The reason for downplaying the stories? China's National People's Congress was in session, editors said. They only wanted happy news. So much for reform.

The foreign editors were asked to spend up to 10 hours a day editing stories, only to have a Chinese editor put mistakes back in. There was more than one shouting match in the newsroom. One memorable evening, there were little hidden smiles as one particularly notorious Chinese editor, rumored to be a Communist mole, got trapped in a men's bathroom stall for more than an hour when the lock stuck.

Meanwhile, despite the promotional front-page photos, no one was reading the paper. Perhaps because it could hardly be found, except behind the front desks at local hotels and jammed into the corners of kiosks.

Fed up and feeling useless, we started to quit. But the Chinese editors had prepared a parting shot. Two days before the first American was to leave, Shanghai Daily -- which had paid for our tickets to Shanghai -- sent the woman an e-mail telling her to pay for the return ticket herself. That had always been the rule, they said. Hadn't she known?

Some of us protested, saying the editors had been vague from the start. The Chinese responded with blank faces.

The woman paid her ticket. If I hadn't chosen to stay longer in Shanghai, I would've been stiffed too. Instead, I collected my stash of Shanghai Daily promotional items -- a silk tie, a water filter -- and left the Chinese government payroll.