The roots of the Rolling Stones

Andrew Loog Oldham, the man who turned the Stones into bad-boy icons, tells his story, and a fan weighs in. 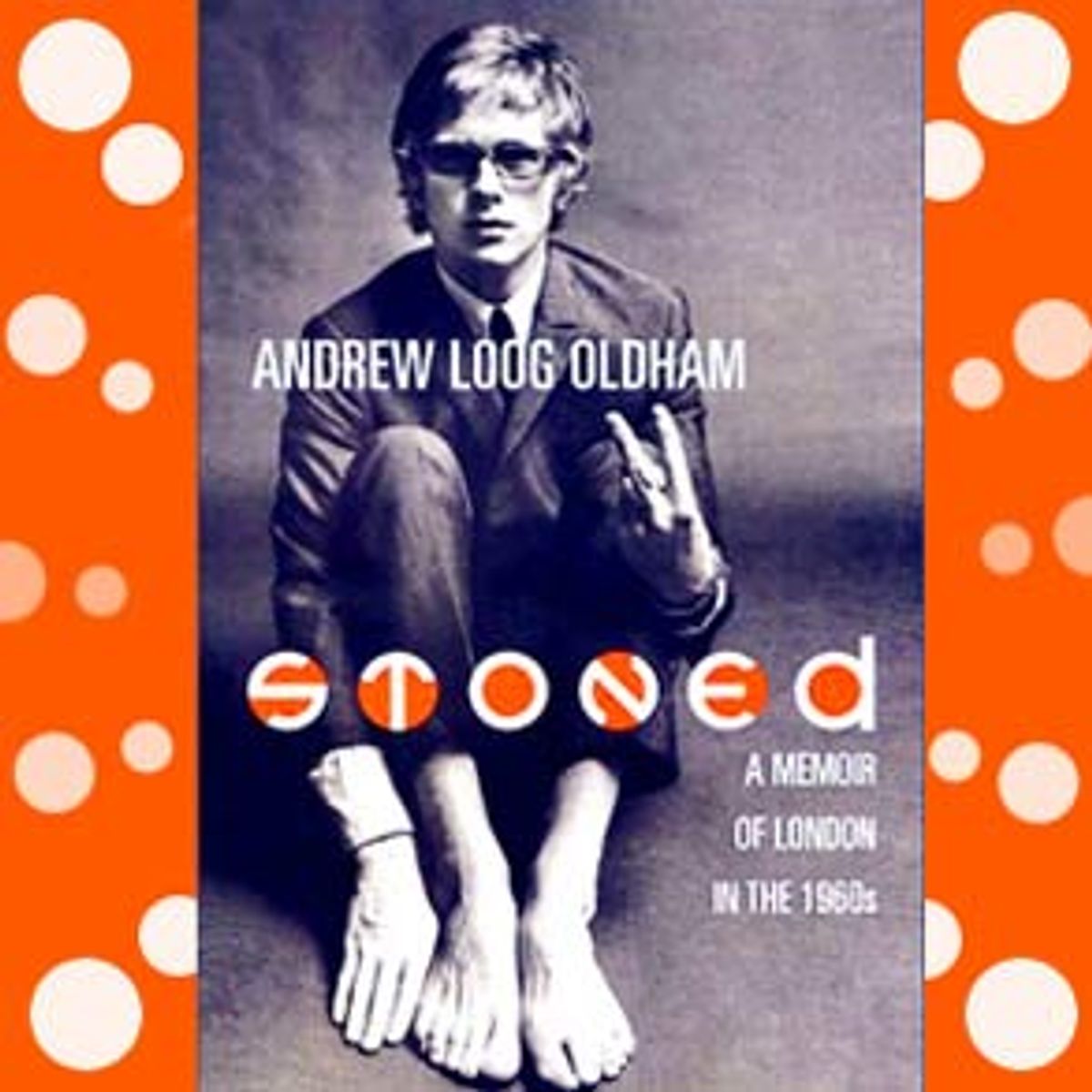 Just who are the Rolling Stones, anyway?

At the beginning of the 21st century, it's hard to tell. We've got Keith Richards posing for family portraits decked out in eyeliner and hair ribbons, and Mick Jagger prancing about, looking more and more like a dancing cartoon skeleton every day; only Charlie Watts, the rock 'n' roller with a jazzman's heart, has escaped with his dignity completely intact. But it wasn't so long ago that the Stones were somebodies, not just because of what they played and how they played it but because they had a whole way of being that no one had seen before.

That way of being turned the Stones into icons, performers whom rock 'n' roll fans would obsess over and argue about for decades, the kind of band that inspires books like Steve Appleford's glossy and cheerily obsessive "Rip This Joint -- The Stories Behind Every Song." But to get to that part of the story, you have to trace your way back to the man who handed the world a scruffily perfect love object on a plate. Andrew Loog Oldham was the guy who taught the Stones how to be.

"I'd never seen anything like it. They came on to me," Oldham writes in his new and shiftily entertaining autobiography, "Stoned: A Memoir of London in the 1960s," about seeing the Stones for the first time at the Crawdaddy Club in the London suburb of Richmond, in 1963. At the time, Oldham was a 19-year-old hustler with a vision; he just didn't know what it was yet. Watching this rangy bunch of kids onstage -- most of whom were, incidentally, older than he was -- he began to see the blurry outlines of that vision's shape. "All my preparations, ambitions and desires had just met their purpose ... The music was authentic and sexually driven ... It reached out and went inside me -- totally. It satisfied me. I was in love. I heard the anthem of a national sound, I heard the sound of a national anthem."

You could argue that the Stones would have become what they did without Oldham. But you'd be wrong. "Stoned" is a book written by a guy who has never pretended to be anything but a raconteur and a bullshitter supreme, but even if it's not 100 percent true, it's still 100 percent believable. Part of what makes it so credible is Oldham's unerring belief in the fact that he himself is unequivocally interesting, and whether or not you've ever cared much about him (or have even heard of him), by the sixth page he has you convinced that you should.

Oldham doesn't even meet the Stones until the second half of the book. Somehow, though, the first half, in which Oldham shares his recollections of early-'60s London, is much more exciting. London at that time was a corner of the universe that seemed to be changing faster and more brutally than any other. Oldham neither inflates nor downplays his role in that universe: He simply comes off as a guy who wanted as big a piece of it as possible.

Raised by a domineering single mother (his father, Andrew Loog, a Dutch-American U.S. Air Force lieutenant, died before he was born), Oldham was the kind of brash, preternaturally confident kid who set out early to grab his fortune -- merely seeking it would have been too boring. A redhead with finely chiseled features and an even more sharply defined sartorial sense, he got a job with the company run by pioneering clothing designer Mary Quant and her husband, Alexander Plunkett Green, by showing up at their shop and demanding that they hire him; Green and Quant were too shocked to even consider saying no.

From there, Oldham moved on to serve as the Beatles' press agent for a brief time, but he ultimately found a band of his own in the Stones. Moving in rapidly while the Stones' then manager (in very loose terms), Giorgio Gomelsky, was attending his father's funeral in Switzerland, Oldham took the Stones under his wing. Because he was underage and couldn't obtain an agent's license, he had to enlist the aid of Eric Easton, a showbiz agent from the old guard who despised rock 'n' roll (but who didn't miss an opportunity to make money off it, eventually burning Oldham on their deal).

Oldham got the Stones at the very beginning and had just enough time to whip them into a brilliantly salable shape before he was unseated, in 1967, by Allen Klein. He came up with slogans to push the band's bad-boy image ("Would You Let Your Daughter Go With a Rolling Stone?") and fed them to members of the press, which complied like docile lambs. Trying at first to help the band cultivate a pressed-uniform image like that of the Beatles, he quickly realized that he could make them into bigger stars if he positioned them as the anti-Beatles, allowing them to go out in unmatched (but stylish) clothes and unkempt hair. "Are they really that dirty?" press photographers asked Oldham during the Stones' first photo opportunity, and Oldham earnestly assured them that they were.

"Stoned" covers only the headiest times, and drops off just at the point in the mid-'60s beyond which, perhaps, Oldham couldn't believably take credit for the band's escalating success. Oldham tells the story mostly in his own voice, with luminaries of the time (among them Quant, Marianne Faithfull, Pete Townshend and show music tunesmith Lionel Bart) filling in some extra color. The Stones themselves don't speak up, except in quoted matter from the 1985 compilation "The Rolling Stones in Their Own Words," but at least their words corroborate one of Oldham's most outlandish claims. Afraid that the Stones would fizzle if they relied only on performing covers, Oldham locked Jagger and Richards in a room -- "about the size of a kitchen," Richards says -- and told them they weren't to come out until they'd written a song. And so, getting hungrier and hungrier as they waited for Oldham to come back with their dinner, they did.

It's fitting that Oldham describes his earliest experience of the Stones' music as an almost brutal romantic seduction: Legions of rock 'n' roll fans have felt the same way since, among them Los Angeles rock critic Steve Appleford, as he shows in "Rip This Joint." Appleford is passionate and knowledgeable without coming off as a know-it-all completist -- a rarity among rock critics, most of whom write for A) other rock critics and B) random rabid fans of the sort who are sure to write in and say, "I can't believe you claim that Brian Jones ate an egg-salad sandwich on Sept. 23, 1965, when everyone knows it was watercress!"

But "Rip This Joint" doesn't really tell us the stories behind every song; instead it describes them in well-meaning but usually less than dazzling detail, peppered with quotes mostly from previously published sources. "Hard truths emerged from Keith Richards' basement" begins the entry for "Torn and Frayed" (from "Exile on Main Street"). It's not that Appleford's wrong; it's just that his earnestness makes you want to giggle more than anything.

To his credit, though, Appleford is neither an apologist for the Stones nor a snobbishly knee-jerk critic. He explains the controversy over 1980's "Emotional Rescue" (diehard fans were outraged that the Stones had made what they perceived as a disco record), but takes care to note that plenty of astute fans recognized "the lineage that stretched from Robert Johnson to James Brown to Chic to the Sugar Hill Gang." In other words, anyone who claims to care about black music can't ignore disco.

But "Rip This Joint" was written by a critic and fan of one of the greatest rock bands in the world more than 30 years after they paradoxically both toppled over and ascended to the throne. To anyone who has spent years listening to the Stones on record or thrilling to their live shows, the material here is just too familiar to be very exciting.

"Stoned" feels fresher and more vital -- not because Oldham isn't still in awe of the Stones (here and there he betrays that he is) but because he was there at the beginning, when they were just a shaggy little blues outfit, a bunch of boys who weren't quite sure what kind of band they should become. Oldham knew, not in his mind but in his heart. Seeing them that night at the Crawdaddy, he found himself pitched into a plainly erotic fever dream, which he commenced to sell for cold, hard cash. Criticize him for it if you want, but we opened our wallets willingly. And we're still buying.