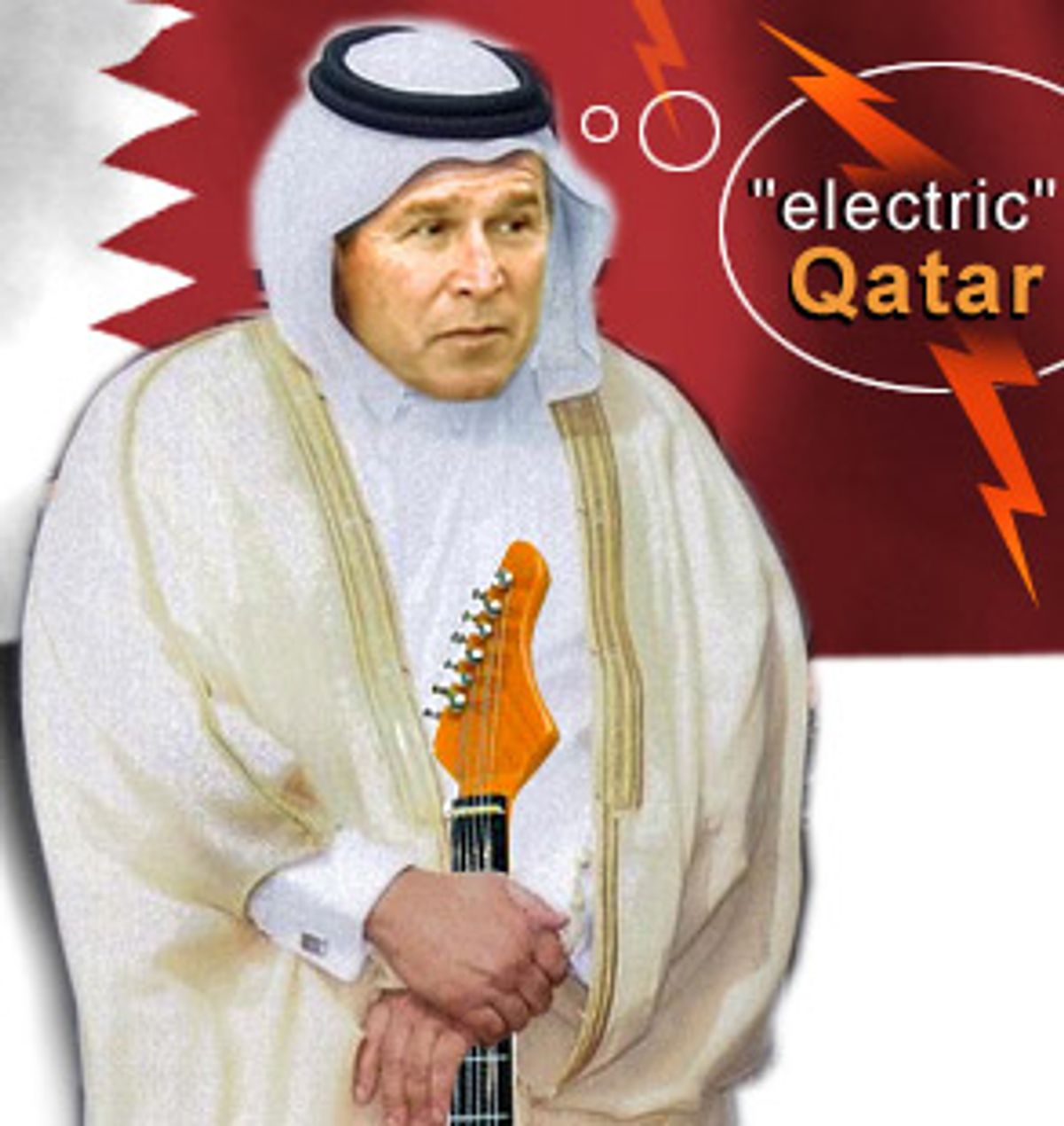 OK, so President Bush's first 100-or-so days haven't exactly been a stellar lesson in diplomacy. In fact, in this brief period, foreign relations have already cooled to pre-Clintonian frigidity. This as tensions have increased between Washington and Moscow (for them spying on us), Beijing (for us spying on them) and with the rest of the world (for our ignoring the Kyoto Treaty and generally acting like a bunch of smug, silver-spoon-born oil thugs).

It doesn't help any that the denizens of other nations -- hell, even most Americans -- doubt that Dubya could name the capital of France, let alone dictate a competent foreign policy. Indeed, one of the major stumbling blocks he hit on the campaign trail came when he was hard-pressed to name dignitaries and heads-of-state of other countries, his across-the-table peers-to-be in the global political arena.

One skill that the president does seem to possess is doling out "clever" nicknames to those people he encounters regularly, including his family (his wife, first lady Laura Bush, is "First"), Cabinet members (Defense Secretary Donald Rumsfeld is "Rummy," Secretary of State Colin Powell is "Balloonfoot"), journalists in the White House press corps (New York Times columnist Maureen Dowd is "Cobra"), key figures on Capitol Hill (House Speaker Dennis Hastert is "Speak") and even those pesky foreign heads-of-state whose names he can't remember (Russian president Vladimir Putin is "Ostrich Legs").

Well, perhaps by harnessing this "talent," there might be a simple way to comfortably ease President Bush into the circle of nations, a method as elementary as a political "Hooked on Phonics."

Call it the Chris Berman-ization of international politics, after the ESPN broadcaster who also likes to give creative nicknames to athletes on the highlight parade. If Berman can dub players Derek "Liberty" Bell or Jose "Can You See" Canseco, why wouldn't there be room for "Swinging" Chad or "Mary Tyler" Mauritania?

Not only will this mnemonic device dramatically reduce potentially embarrassing Bushian malapropisms and help us surreptitiously steer clear of impending international incidents, but it could also foster better relations with our fellow nations. What international leader's heart would not be warmed were Dubya to affectionately refer to his or her state by a nickname (like "Edgar Allen" Poland) in a press conference, as opposed to some stodgy ol' "federated republic of whatever"?

We all just might sleep better at night, too.

The following 50 nicknames should help the president begin to find his mark on the world stage: