From "Survivor" to "Will and Grace," advertising is becoming just another part of the story line. 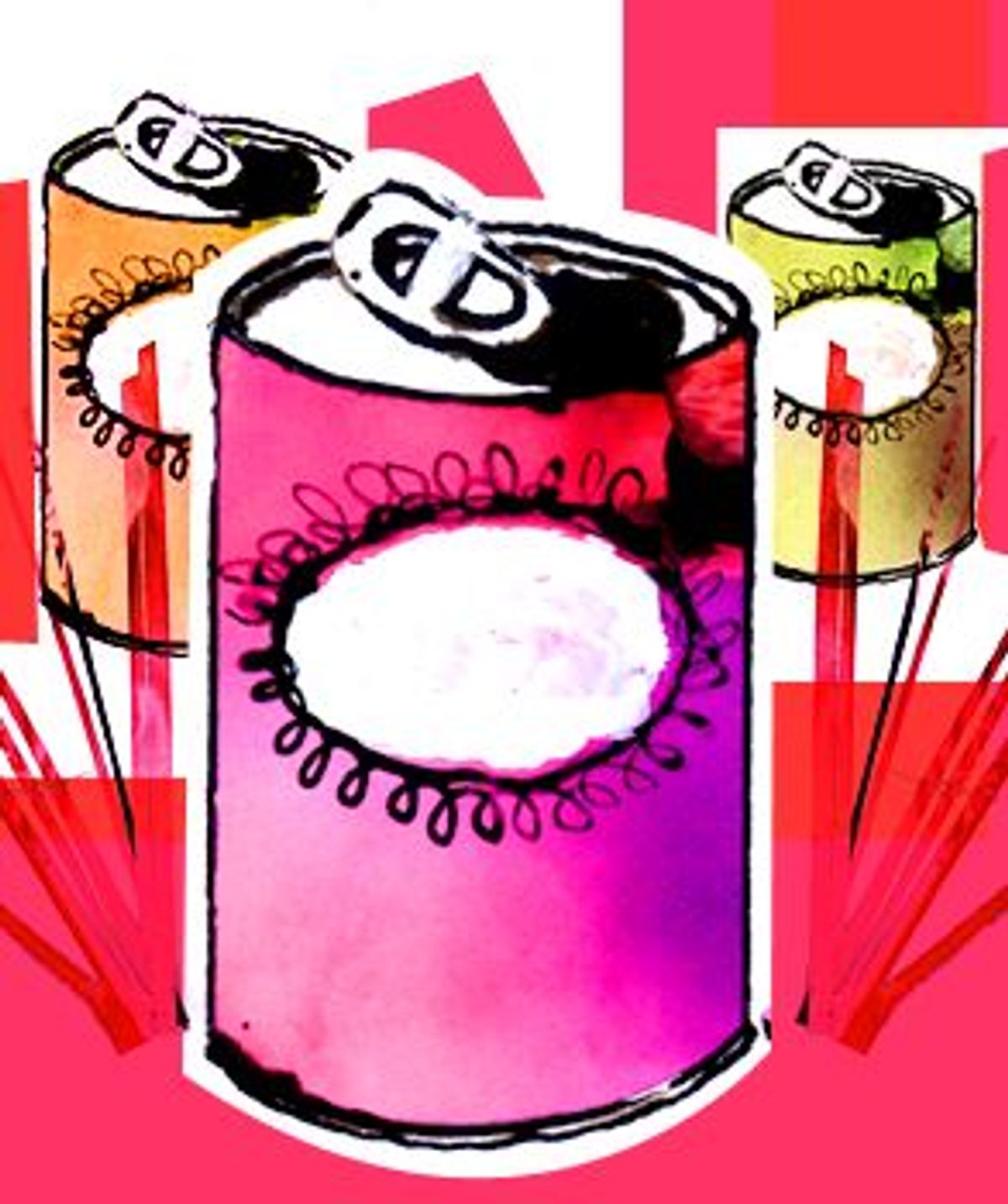 Last Thursday night, television viewers were treated to two new milestones in the ever-increasing fusion of television and advertising. On last week's episode of "Survivor," host Jeff Probst offered the winner of a reward challenge a $500 online shopping spree using a Visa card, which Probst named by its brand and held up for the cameras to see.

The next hour over on NBC, viewers were invited to buy the shirt off of Debra Messing's back. During a scene of "Will and Grace," Messing wore a Polo shirt that was offered up for the low, low price of $52 on Polo.com, 50 percent of which, it turns out, is owned by NBC.

A network spokesman said no money exchanged hands for the 10-second spot plugging the shirt, and that $15 from every sale would go to "support programs dedicated to raising cancer awareness."

Five days later, traffic on the Polo site had doubled and close to 3,000 T-shirts had been sold. A spokesperson said the venture raised more than $45,000 for cancer research -- never mind the other $110,000 for Polo/NBC.

Product placement on TV and in the movies is nothing new. But the advent of TiVo and other services that make it easier for viewers to edit out commercials has forced advertisers and television producers to think of new ways to integrate products into television shows.

Television, in particular, has shown a willingness to keep its content malleable in exchange for ad dollars. In a story first reported by Salon, the Office of National Drug Control Policy and several major television networks negotiated deals to put anti-drug messages into television shows in exchange for advertising dollars from ONDCP.

An NBC spokesman said the Polo.com promo was not a sign of a new era of e-commerce tie-ins. But Jay May, president of the Los Angeles-based product placement agency Feature This disagrees.

"The future [of advertising] is already in place," May says. "It's going to be just like you saw [on "Will and Grace"], but it's not going to be at the end. It's going to be during the show." May says that digital television will allow for a seamless fusion of commerce and television. "Let's use 'Friends' as an example," he says. "Say there's a scene and Monica stands up goes to the fridge. A girl watching at home says, 'Wow, I love that sweater.'

"Your remote is going to be like [a] cursor. You'll point the arrow on the TV and click Monica's shirt. That will pause the program, and a little window will pop up and say, 'Available at Macy's for $129.95. Click here to order it now.' It's not in place now because people need digital TV to have it work."

May sees a similar trend coming on DVDs. "All of a sudden, a bar code is going to pop up letting you know something in that scene is for sale, and you'll be able to buy it right off the screen."

Preparations for interactive television are already well underway. Digital set-top boxes being distributed by some of the largest cable companies include a slot for smart cards to enable on-screen shopping.

Though advertising still brings the lion's share of network revenues, product placement is a growing field. Just witness the countless paid Doritos and Visa plugs in any given "Survivor" episode. Lauding the potential of the industry, the Entertainment Resources & Marketing Association Web site points to James Bond's switch from an Aston Martin to a BMW Z3 roadster in 1996. BMW reportedly paid $3 million to put 007 in one of its cars. Industry sources estimate that placement sold $240 million in cars in advance sales alone.

"The greatest home run in product placement since E.T. scarfed up a pack of Reese's Pieces came with BMW's launch of its Z3 roadster last fall," the ERMA site reads. "When the car became James Bond's preferred ride in the 1996 flick GoldenEye, the hype and glitter surrounding this placement became an event unto itself, generating hundreds of millions of dollars worth of exposure worldwide."

May -- the man who put Popeye's chicken in front of Adam Sandler in "Little Nicky" and a cup of Coffee Beanery coffee in Julia Roberts' hand in that "Erin Brockovich" poster -- says that unlike most product placement agencies, his doesn't pay to have his products placed in a scene. Instead, he offers his agency as a de facto prop house for set prop masters.

May didn't offer cash, for example, to have a guitar from one of his clients -- Samick -- placed in the new "Josie and the Pussycats" movie; he gave the studio something even more valuable. "Gibson [guitars] wanted to pay them to be in this movie. But my company offered to promote the movie in the 40,000 venues they do business -- guitar stores, department stores. Now everywhere their guitars are sold, they'll promote the movie. That was more important to the studio than the money Gibson was willing to offer."

As for the ethical implications of these arrangements, May maintains that there's a clear line between corporate clients influencing news, for example, and entertainment. May says that he even once suggested a scene to the "Drew Carey Show" using one of his clients -- Aqua Java caffeinated water.

But critics have long charged that product placement is ruining television and movies. In a 1990 Atlantic Monthly article titled "Hollywood: The Ad," media watcher Mark Crispin Miller said that the influx of product placement in movies has made a night at the cinema "about as memorable as going to the airport."

"Well, if that's what you think then it's just going to get worse," May says. "In my eyes, it's going to get better. Just look at the movie 'Toy Story,' for example. After that movie, Etch A Sketch sales increased 4,500 percent. Mr. Potato Head sales, 800 percent. Slinky was out of business for 10 years. But after 20,000 phone calls from distributors and toy stores, they went back in business. They've sold $27 million since. That's a win-win-win for everybody."

But May says until the technology improves, we can expect more clumsy efforts by companies like Polo and Visa. "The 'Survivor' thing, that's a little irritating," he says. "I wouldn't let my clients go to that level. That's pushing yourself on them. And the 'Will and Grace' thing sounds a little tacky."