Friends can dump you, just like a lover. And what's left is the vague fart waft of failure. 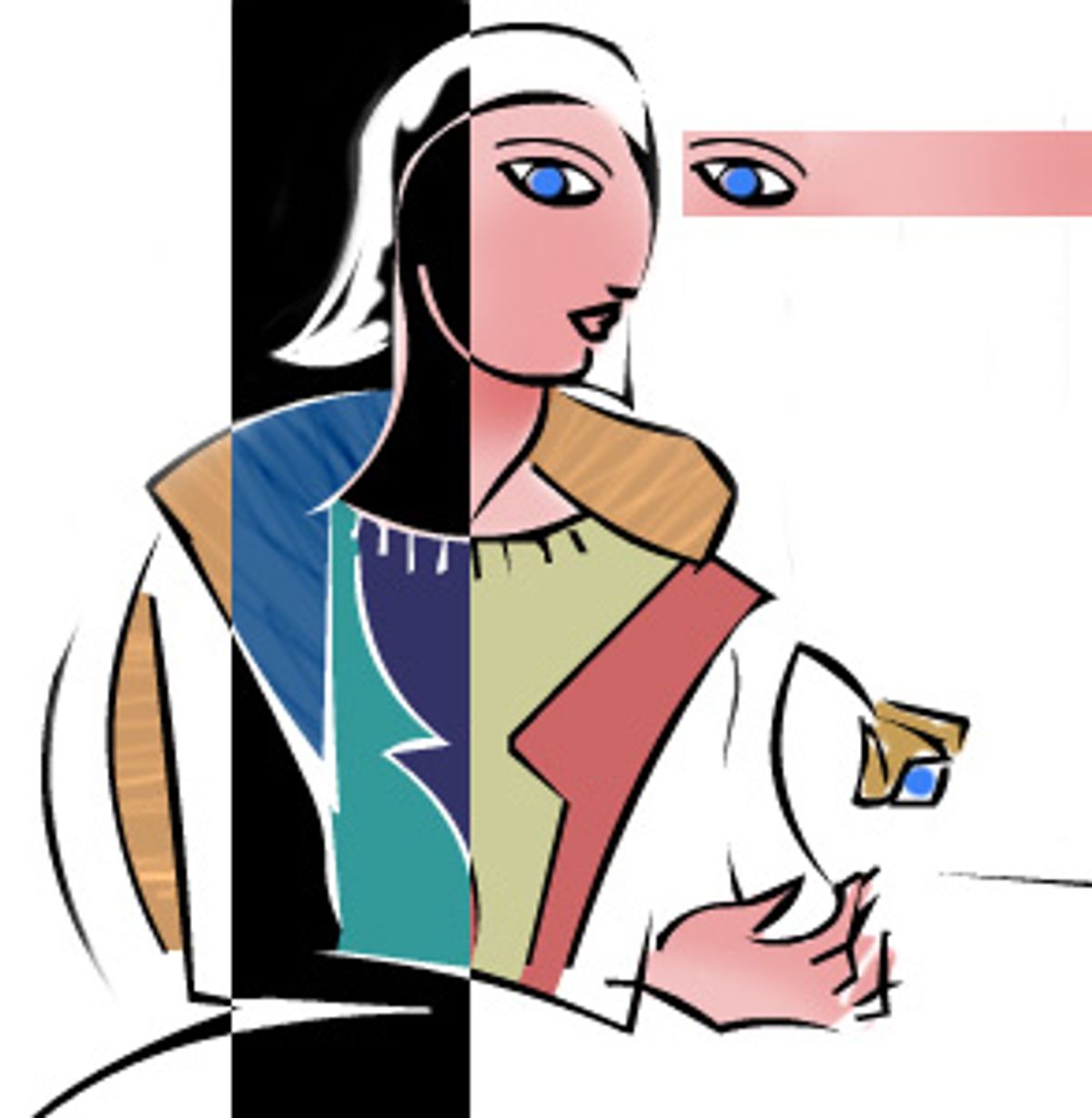 Sayings about friendship fall into one of two categories. Either they are perfect for embroidering on cushions or they are poison-tipped arrows slung in the general direction of the couch.

Lately, I've been identifying with the archers.

"Friends may come and go," wrote Thomas Jones, "but enemies accumulate." Of course they do. They are usually made up of former friends -- the only people, aside from former lovers, who know and care enough about you to truly hate you.

Falling out of love is generally considered as natural and mysterious as falling in it. Getting dumped by a lover will win you bales of sympathy as well as several houseplants. But when a friendship ends -- especially when it ends formally and ceremoniously -- it's harder to emerge from the experience with your sympathetic mien intact. You will, for a while, seem vaguely suspicious. You will exude the vague fart waft of failure.

This is true not only in school, where the term "popularity" is used to define a state of social grace and general impunity to which everyone aspires, but later in life, when having the right friends can mean the difference between obtaining a Cabinet position and installing cabinets for a living. Dale Carnegie's opus, "How to Win Friends and Influence People," is not, after all, a book about friendship, it's a book about success. And at least in Carnegie's book, friends are gained on a steady diet of flattery, obsequiousness and manipulation.

Ironically, Carnegie's manual of manipulation is remarkably similar to popular notions -- far more romantic than any of our notions about love -- of what a friendship should be. In romantic comedies and popular novels alike, lovers are free to come, go and come back. Friends are expected to remain steadily on the sidelines, cheering as protocol demands. "Friendship is more tragic than love," Oscar Wilde wrote. "It lasts longer." Yet, friendships, when challenged, are more brittle, less elastic, than love. They have a tendency to shatter when they fall into the chasm between ideals and the daily business of being somebody's friend. And though we prepare for losses in love, the end of a friendship always takes us by surprise.

"There are no social norms we can rely on," says Lillian Rubin, a social scientist, psychotherapist and author whose 1985 book, "Just Friends: The Role of Friendship in Our Lives," explores the valued but fragile bond of friendship through hundreds of interviews. "Often people just drift apart, but if there's a serious conflict, people take a more active role in ending it. Friendships wax and wane. Sometimes you feel close, other times less close. But there's no social framework to sustain a friendship that gets into trouble. People start to build a case against the friendship. Nothing forces you to try to keep it together. In fact, nothing holds relationships together but two people's goodwill, and that is often not enough."

In the first grade, my best friend was a cranky redhead who lived next door and once refused to walk to school with me after learning that I had vomited -- in the privacy of my own bathroom -- the night before. The following year, my best friend (also my next-door neighbor but in another town several states over) and I resolved disputes by hurling rocks at each other from either side of the fence. By the third grade (new country, new continent, growing sense of futility) my concept of friendship had been indelibly marked by notions of geography and terror. Best friends A) live adjacent and B) can turn on you any minute.

In fourth grade, I acquired a new best friend at a slumber party, where for reasons I can't remember we got to know each other by kicking and punching each other through our sleeping bags. Afterward, we were inseparable, until she moved away to London at the end of the year. I lost my fifth-grade best friend to Arizona. Sixth grade brought two best friends. We ranked each other by degree both of friendship and of popularity. In our demimonde of Army brats, diplomatic offspring and corporate kids, this seemed perfectly natural. When, in seventh grade, a new girl with all the prerequisites made up her mind to become our friend (cool "Charlie's Angels" name, gymnast, self-proclaimed "flirt"), she shrewdly arrived at assembly bearing four T-shirts, each printed with one of our names. Things progressed from there until there arose a dispute over an eighth-grade boy from Texas ("Dallas" was popular), at which point she was ejected from the group.

Soon afterward, she attempted to saw off her wrists at a middle-school dance with the underside of the cafeteria bathroom sink. After she was pried away from the plumbing, she flung herself on the road and at the mercy of oncoming traffic. Vehicles were spaced, on average, 30 minutes apart. She was, we knew, ridiculous. But she got the point across.

Rubin explains that in a family relationship, or even in a marriage, negative feelings are moderated by a sense that you can't leave the relationship. Friends, on the other hand, are not united by this feeling. "It's a cycle that gets started and it's hard to stop, unless people can talk about it. In a marriage, someone would say, 'Look what's happening, we have to talk.' But in a friendship, you feel you shouldn't have to work things out. It's what makes friendships so fragile."

They become fragile, it seems to me, as we get older and start subjecting them to rigorous cost-benefit analyses and performance evaluations. You're supposed to consider yourself lucky if at the end of your life you can count your friends on the fingers of one hand, though, so far, I have lost at least as many. Some have drifted away; others have been inexplicably misplaced. Some have ended in shouting matches or tragicomically civil letters. A few are undead; we go through the motions for the sake of no argument. One or two have ended in sex or in not having sex. None of these choices seems quite right in retrospect. This one was ruined through honesty, that one through lack of it. But the feeling of failure is constant in these situations no matter what the variables or circumstances. The friend doesn't so much disappear as enter a gray danger zone of ambivalent feeling. Former friends occupy a bigger psychic space than most acquaintances. They loom larger and make the world a smaller, more uncomfortable place.

I have lost friends even after vowing never again to lose a friend. And I expect that by the time I'm counting fingers on my deathbed, I'll have lost a few more. Maybe I'll still be staging imaginary reconciliations. Or maybe the sense of failure will have grown into one of peaceful resignation, marred only by the occasional heated argument rehashed in my head.