I want my HGTV!

Why bother wreaking havoc on your own home with remodeling when you can watch other people do it on Home and Garden TV? 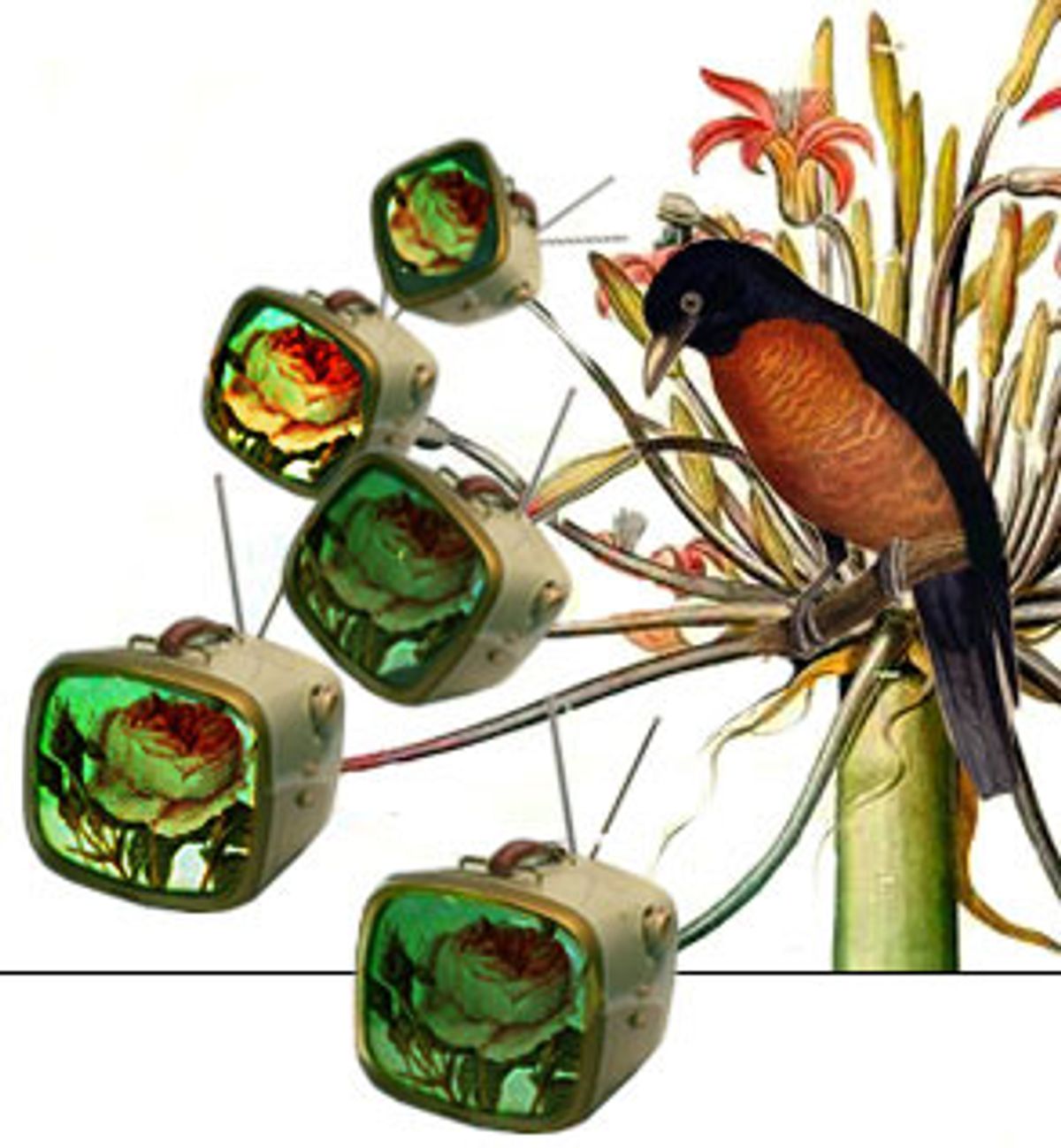 I'm addicted to cable television's Home and Garden TV. Ever since HGTV joined our local lineup, I've been mesmerized by this encyclopedic video shelter magazine with its steady stream of design chat, remodeling rambles and how-to tips. I haven't been this turned on by television since a childhood steeped in family sitcoms. Then I pined for the perfect world à la "Father Knows Best" and "The Donna Reed Show." I now recognize pipe dreams when I see them -- hence my attraction to HGTV.

I watch HGTV not because I want to spend every spare minute stenciling walls, building backyard ponds or rearranging bathroom fixtures, but because I've had it with home-improvement projects. The network provides a comforting reminder why I should never give in to any of the urges illustrated. I've arrived at this point of home-improvement ennui after spending more than a decade doing damage control on a 74-year-old house that the kindlier maintenance people, those who still return my phone calls, dub "decrepit." My husband and I have replaced, restored, recovered, refinished, replumbed, rejigged, reorganized, painted, patched, planed and bolted seemingly every inch of our ancient abode. Many nights I've cried for a landlord to rescue us. Once I thought I was going to have to call the police to eject a siding salesman from our living room. I've earned the right to plop down in our snuggle chair and get high on the fumes of other people's handiwork.

The network's ultrachipper hosts would have us believe that hardware stores deal solely in party goods. The primary motivating force in this universe is the need to "pull a room together." All sins are forgiven in the effort to achieve this goal, including fabric stapled to foam core for window valances, checkerboard patterns painted on kitchen tiles and golf clubs hauled out of the garage to lean saucily against the living room hearth. This is the last word in niche programming -- one show actually detailed how to install a wall niche.

HGTV bends its genders with peel-and-stick glee. Women get to wave around the power tools while men fuss like old-fashioned hausfraus, arranging flowers and elaborate decorating and dining plans for family and guests. Sexual stereotypes are dealt a direct blow on "Designing for the Sexes." Typically the problems boil down to this: She wants crown molding and soft colors, he wants a 60-inch television set. The natty male host proves the perfect neutralizing beige, showing both sides how to have what they want. SUV-size armoires were made for couples like these.

I know the network is not for every taste. A friend, who recently transformed her historic bungalow with the aid of an interior designer, admits with an audible cringe that she once stumbled across the channel on her cable system. "They had covered an entire room in chintz, including the French doors," she says, "and were starting to mix patterns, plaids with florals. I fled in terror."

Stick around, I say; a good scare can be highly cathartic. I'm paralyzed with an abnormal dread by the "TIPical Mary Ellen" show. A complete throwback to a '50s-style homemaker, Mary Ellen is an earthy, fleshy-faced Everywoman who reminds me of the suburban moms of my youth: that and Lily Tomlin's quietly seething housewife selling Grrrrr detergent. Mary Ellen good-naturedly suggests I "make a hobby of saving money around the house" by making liquid soap from the last slivers of bars and using humidifier water in my iron instead of buying distilled. Nothing catapults me back to my home office faster.

A while back, the only television series I watched religiously was HGTV's "Dream House," an ironically titled documentary series following a middle-class, Midwestern family who wanted to add "a little more room" to their castle. I call it "Scream IV." Despite a documentary crew rolling tape for national broadcast, it's a nightmare from the first chomp of wrecking jaws to the final episode in which Dad files criminal charges against the kitchen cabinetmakers. In between and along with the standard astronomical cost overruns and months of delay, the designer gives the contractor three different sets of incorrectly measured blueprints, the asymmetrically pitched new roof must be ripped out and redone and the roofers disappear with the first winter snows. Just before Christmas, a holiday the family won't be spending as promised in their new home, Dad loses his job.

My favorite moment is when the weary patriarch asks, "What's that going to cost, another $10,000?" The contractor does a Clint Eastwood squint, pause and blink -- and replies: "That's a good question."

It's the most helpful hint I've gleaned from the network's font. Now when my husband asks if we can get someone to paint the cracked window trim or stop the wood floors from splintering, I have the perfect nonviolent reply. I simply mute HGTV, squint, blink and say, "That's a good question."

Nancy Spiller is a Los Angeles-based writer specializing in food and travel whose work has appeared in the Los Angeles Times Magazine, Cooking Light and Town & Country.