A nonunion Hollywood screenwriter answers all your questions about the looming writers strike. 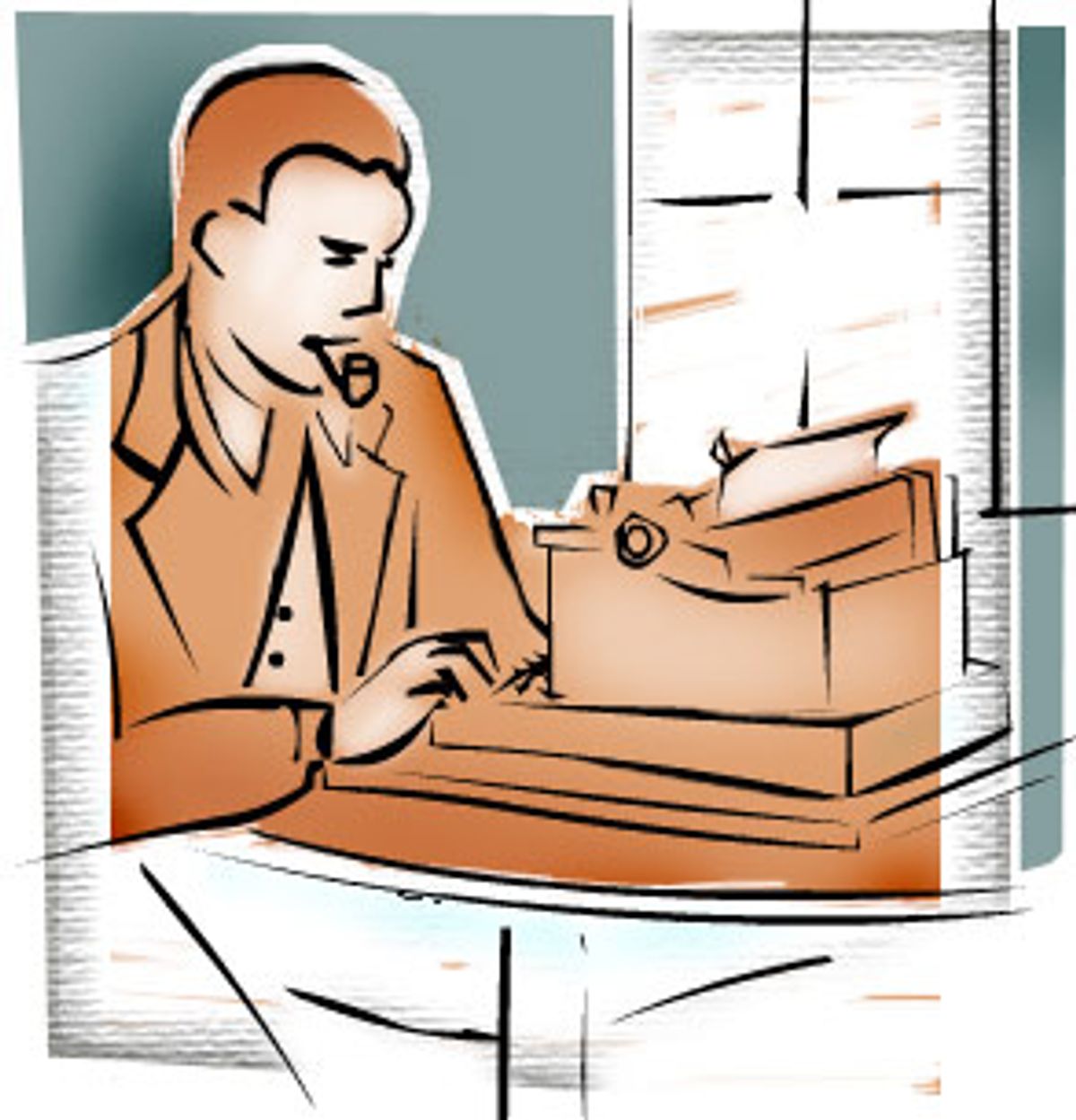 Writers strikes aren't all bad. I'm a nonunion screenwriter who's written several low-budget scripts but never landed a huge studio deal. Yesterday my agent actually took time to chat with me. Then he told me to call back if I had more questions. Has he ever done that before? No. Is that an indication of how slow things are in Hollywood? You bet your ass.

Let's talk about you. How will the strike affect you?

Because I don't have a union card I can scab freely. (Attention all desperate producers: My e-mail address is at the end of this piece.) Although I emotionally support the Writers Guild of America and the membership, I feel no obligation to starve in solidarity with them. I get residuals on only one of my 14 films and I really think it's only because someone screwed up and put my name in the wrong computer database.

I tried to join the WGA, I really did. After I sold my first script in 1991 I called the union and said, "Here I am. Take my money." (Dues are $2,500 one time, plus 1 percent of your annual income for life! Unsurprisingly, the WGA has a huge strike fund to spread around.) At the time, WGA told me to go away because I had apparently done work for a "nonunion" shop, a low-rent B-movie production studio.

I hung my head in shame. And then I went out and wrote credited screenplays for another 13 films -- jobs that I could not have taken had I been a WGA member. There was a lot of work around that wouldn't have paid the union minimum. Then again, my last film, "Arachnid," was actually done by a Barcelona production company. Those Spanish boys could care less about the WGA. But they paid me more than guild minimum anyway.

I will join the union once I sell a script to a major studio. I will have to because by agreement the American studios can't hire nonunion writers. Until then, I'm hoping to make a killing by scabbing my limited talent to whatever producer will have me. Then I'll put all my ill-gotten gains into the NASDAQ just as it makes a resurgence, and live comfortably for the rest of my life.

Either that or catch me at my next gig at Target, stocking shelves in solidarity with my WGA comrades.

What's at stake for everyone else?

Depends on whom you talk to. In 1988, the last time the WGA went on strike (for 22 weeks), they didn't get everything they asked for, but they received enough to mollify them at the time. They never, however, got what they really wanted, which was more credit or respect for their work.

When you hear stories about the terms of this year's strike, forget most of those issues like compensation for video-on-demand or residuals from emerging technology. What the writers really want is R-E-S-P-E-C-T.

See, Hollywood writers sweat the little things; you wouldn't believe how many get their shorts in a wad when they see "A film by ..." flashed on the screen when the director didn't actually write the script.

Of course, there are other, more real-world issues at stake. For example, from the writers' point of view, the production entities (producers, studios, production companies, etc.) are always trying to stiff the writers out of residuals (the money that writers get after a movie or television show premieres). New technology will supposedly deliver movies to anyone at any time, over cable or the Internet, and writers would like to make sure they see a little of that revenue.

Still, for all the writers I know, residuals and stuff take the backseat to the credit issue. To some extent, this whole debacle is that writers just want more respect. And they deserve it. I have to say this stuff because I'm a writer. But do I really care? If they pay me on time and generously, not really. I feel like the ultimate sign of respect is they that hired me in the first place.

Writers do get paid, but relatively little considering what we contribute. We also get film credit for our contribution, although, according to some, not enough. "Blow," for instance, was credited as "a Ted Demme film" even though Ted Demme -- hardly a household name -- borrowed a script adapted from an autobiography. This kind of thing is disturbing when you consider that without the writer, nothing gets done. Without that script -- the template for those wonderful movie moments that everyone remembers -- not much else is possible.

What's everyone else thinking? And who cares?

My friend Catalaine Knell, a former B-movie producing queen, says he can't wait for the strike. She needs a vacation, she claims. Many in the industry feel the same way since the last three months have been nightmarish. Everyone has been rushing to either finish films or get films into production before the strike deadline. My agent, David Saunders, says that he shopped four spec scripts to A-list production companies in the last 10 days, which is a lot considering that he typically does only one or two a month.

But mostly, the buzz I get is that everyone is just ... irritated. Pissed off. The looming strike is really more of an inconvenience than anything else at this point. For the last three or four months, production companies haven't been willing to consider new projects. The only things in pre-production right now are nonunion productions or movies that are being taken overseas.

A strike could hurt the writers more than anyone else in the long run. Reality-based television is huge right now and shows like "Survivor" and "Weakest Link" already threaten writers' income: They're cheap to produce, popular and don't require a writer. Find a concept, give a host like Regis Philbin a chair and a mike and you've got an easy-to-produce one-hour show. An indie producer friend of mine knows of one producer who got a project green-lighted by the strike threat specifically because it requires no writer or director or actors. It's reality-based like "Cops." The only thing his show needs is a camera crew and a van.

And while the strike may threaten to delay the fall television season like it did 13 years ago, this one won't have the same impact because there's a hundred times the amount of content today and networks have even fewer viewers. (Network ratings went down at the time of the last strike and have been slipping ever since.) Some shows, like "Sex and the City," "NYPD Blue" and "The Sopranos" don't even start in the fall like the majority of network offerings. Movie studios? They have more scripts than they can make anyway. They regularly option thousands of scripts a year and only make a fraction of them.

One factor that could take this strike out of the realm of irritation and into a real industry depression is the Screen Actors Guild. If SAG, which is fighting for some of the same issues as the WGA, decides to go on strike also, Hollywood will really grind to a halt. The WGA has 11,000 members; SAG 10 times that number. If the SAG membership can agree on a strike vote in conjunction with an already striking WGA then Hollywood will shut down. Without writers and actors, studio execs will have to take meetings with each other.

But even with SAG on strike, production probably won't halt entirely. Independent writer Bill Martell tells me he's been doing a lot of meetings with people who want "European-flavor" scripts. Why? Seems there's a wrinkle in the SAG agreement. Actors like Donald Sutherland and Arnold Schwarzenegger, who possess dual citizenship, can legitimately make films overseas even if there is a SAG strike.

But how will a strike affect us?

How would this strike affect you, moviegoer, TV junkie? It won't. You'll just suck up those reality shows and forget that there're people like me starving to death.

But if you think about it, come see me at Target.