Exclusive: The 50 Most Beautiful People Alive in the World!

From People magazine! The list with everyone on it: Julia and Mel and Prince William and ... 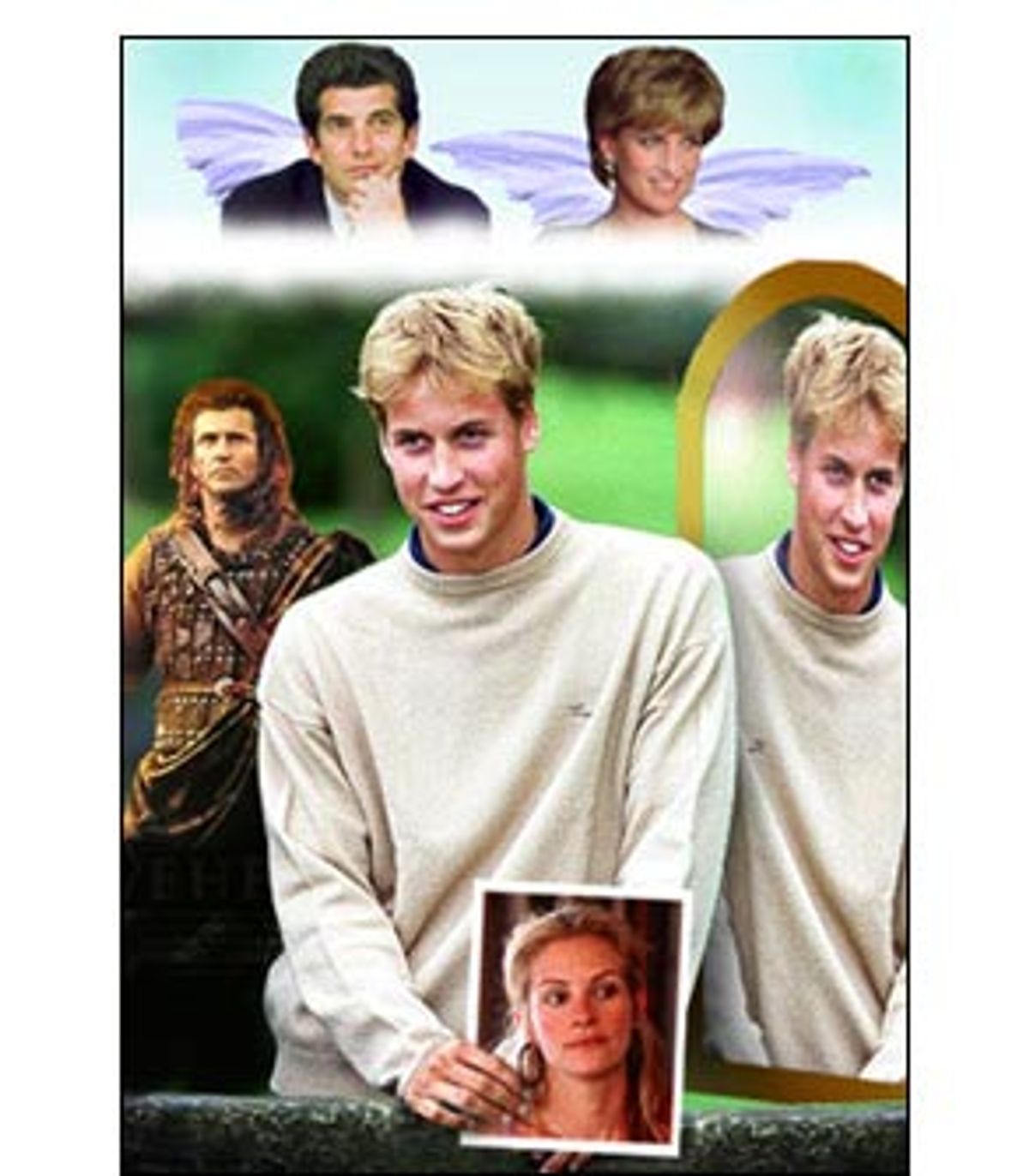 We are happy to present the 2001 edition of People Weekly's 50 Most Beautiful People Alive in the World 2001.

Those who say "People" people are exclusively white will find some surprises in the list below, so there!

Same to those who say that People's world is the U.S. alone. Many beautiful people live in Great Britain or have a home in Paris!

4. Prince William with a photo of Julia Roberts.

7. Julia Roberts and Mel Gibson together.

9. Prince William's son, whenever he is born.

11. The offspring of Princess Diana and John John should they fall in love in heaven and send their child to Earth as an angel.

13. Mel Gibson sweaty in a kilt with his face painted blue -- a perfect example of someone of color! Note that this contributes as well to the International flavorings of this list. Mel is an Aussie, remember -- and bravehearted William Wallace was Irish or Welsh or something.

14. Prince William in a Speedo. Be still our hearts.

17. The woman who costarred with Richard Gere in "Pretty Woman" and proved that prostitution pays!

19. Brad Pitt, starring opposite Julia Roberts in "The Mexican."

20. Cindy Crawford. She has brown hair like Julia Roberts'.

21. Erin Brockovich, who must be stunning if Julia Roberts played her.

26. Michelle Kwan. Another deserving nonwhite! Plus, her name is easier to pronounce than "Yamaguchi."

27. (tie) Mike Piazza and Derek Jeter. Jeter, though half black, is also half white, so he gets half a spot!

28. Julia Roberts, who really shouldn't be this low. She is so lovely.

33. Mel Gibson in his "Lethal Weapon" days. That flowing mane. What a man!

35. Caroline Kennedy's younger brother. His death was so tragic.

36. Oprah. We love her. Julia Roberts loves her. Our readers do too. They don't even think of her as black.

37. Jennifer Lopez, as long as she stays blond and doesn't date that horrible Puffy character.

38. The offspring of the affair Princess Diana had with Mel Gibson back in '78 when she was dancing on tables and he was full of piss and vinegar.

43. The thought of Prince William.

45. Prince William's future daughter, who would be higher except most of our readers prefer hunky men to babe-alicious women, unless they are Princess Diana or Julia Roberts.

48. Richard Gere and Harrison Ford. They are both half good looking. But combined? What a treat!

50. The movie "Conspiracy Theory." Although it's not a person, it did star both Julia Roberts and Mel Gibson.