Kids on the road

They have exchanged hair gel and television for playing blindman's buff and swimming with manta rays. 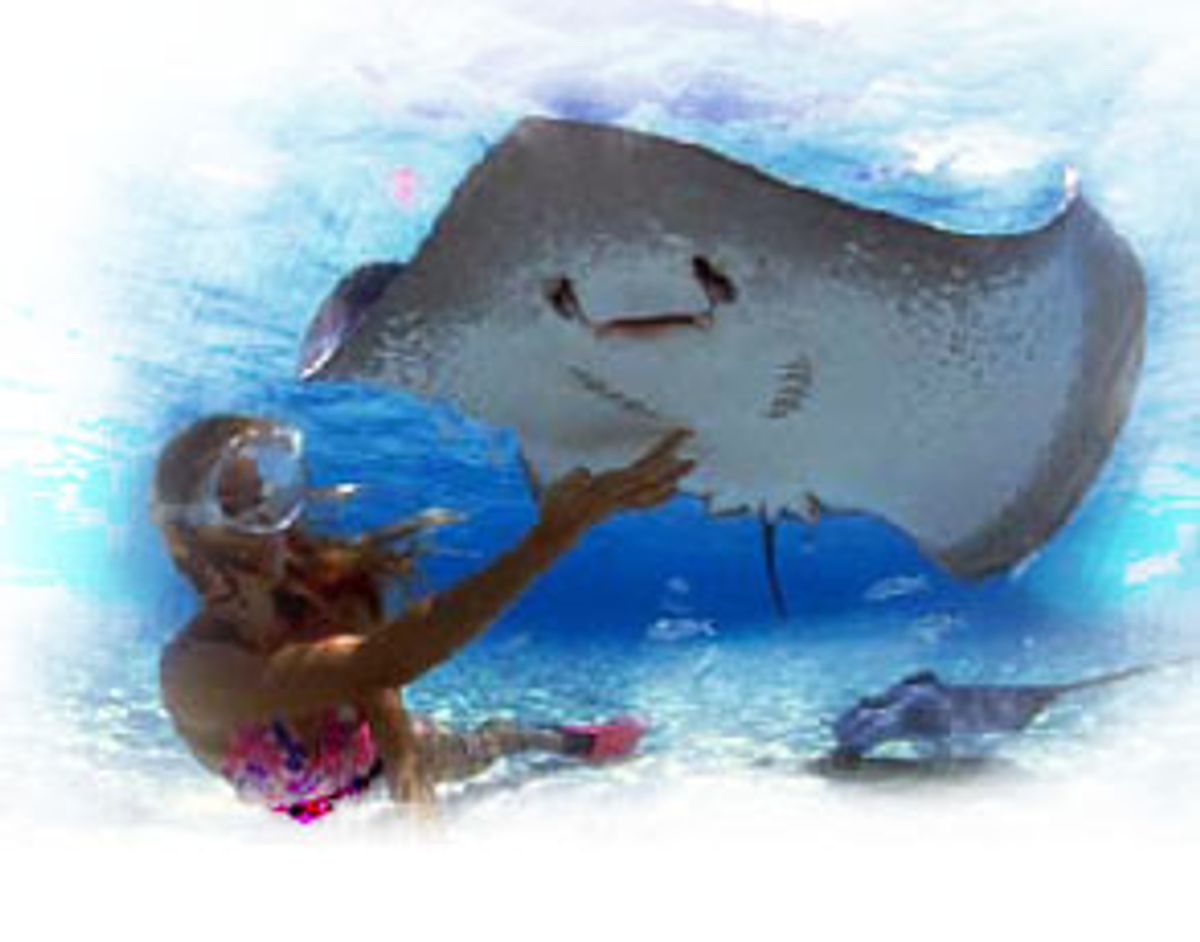 We are camped on a backwater of the Arkansas River, and it is dusk. Sitting in a halo of lantern light, my husband and I listen to the evensong of birds and the gathering chorus of frogs and crickets. But mostly we are listening to our children's laughter. They are playing blindman's buff among the trees, although it is dark enough now to blind them both, and they are laughing with the unabashed abandonment of children. We have not heard that sound in many months, and it is delightful.

When they finish their game, we will cozy up to the lantern, and my husband will read from J.R.R. Tolkien's "Lord of the Rings." Thirteen-year-old Stephen has become so captivated with the tale of hobbits, elves, wizards and evil nazguls that he has already devoured the series on his own, but he likes listening to it again and sometimes reads aloud to us as well.

When we left home only a few months ago, these children were already laying siege to the fortress of adolescence. They were always "bored," always wanted to be driven somewhere with their friends; they were always sprinting several steps ahead of their maturity and my comfort level. But while 10-year-old Julia glided deftly about in her pre-pubescent pond, Stephen was beached on the rocky shoals of popularity. Having not quite secured his place in the social pecking order, he was prone to annoying lapses of courtesy and common sense.

Once on the road, however, the kids quickly shrugged off their teeny-bopper sophistication like a raincoat on a sunny day. In an Arkansas backwater or on a remote Baja beach, Stephen no longer feels compelled to shellac his 2-inch-long hair into an impenetrable helmet or to flaunt the peer-approved brand of shirt and shoe. Julia's budding interest in cosmetics has waned (as has mine). They no longer have to feign familiarity with the latest movie or must-see TV program because we don't have a television or, lately, even a radio. Now I regret the boxes of books I packed and stored, thinking the kids would never read them, because now they read anything they can get their hands on. Now they play blindman's buff together and Yahtzee with their parents. Now they laugh with childish abandon because they have been given back their last few months of childhood.

The kids also discovered very quickly that if they didn't get along with each other, they would lose their only playmate, biking companion and checkers opponent. In fact, we all learned that when you live in a tin can even minor irritability can blossom into the lesser realms of hell. There are too many decisions to be made, too small a margin of error and too many ways we must depend upon one another. All of us have had to sacrifice the luxury of being petulant or selfish and sometimes even of being right, for the sake of the trip, because the trip is too important to sacrifice. But if this peripatetic way of life were simply deprivation, it would be a mean, constricted thing, and it would fail. We have given up too much to settle for less than what we had. Besides, we all know that teenagers do not graciously endure hardship. The most amazing thing about the trip, however, which we perhaps had hoped for but could not have predicted, is that nothing, not the petulance or the television, has been hard to give up. Because in the place of everything we left behind the world has spread before us its mystery and richness (and some of its quirks and queerness as well) for us to taste and scent and marvel at.

We, who had not wandered far from the lakes and forests of the Midwest, find ourselves in places where nothing is familiar but crows, sparrows and school buses (they seem to look the same everywhere), so everything we see is new and marvelous. In such places we cannot perform that most human of functions, which is to name things. So we, children and adults alike, run for the field guides and binoculars and experience the thrill of Adam in the garden. We named the water moccasin (in Arkansas) and the cactus wren (in Arizona), the burrowing owl (California) and the frigate bird (Mexico), which in flights looks so much like Tolkien's nazguls. We have seen ospreys dive for fish and were audience to a ballet of manta rays leaping, I can only guess in play, from the sea.

The kids have learned the painful lesson of the cholla with its barbed spines; they have smelled the flower of the ocotillo and tasted the fruit of the barrel cactus. They have walked among the boojum and elephant trees. Recently, after her first try at snorkeling, Julia said with a satisfaction I understand, "Today I saw a whale, a manta ray, an eel and a starfish."

There is no deprivation in this life. And what makes it doubly rich is that we, adult and child alike, share these wonders with the same excitement and awe. This is not the tired ritual of a child bringing a beloved treasure to an adult who has seen it a thousand times before. None of us has seen a gray whale or a leaping manta ray before. We are all amazed together. So perhaps we have all reclaimed a few more months of childhood.

But time is dribbling through the glass as it was meant to do. Lately, Stephen's voice has begun to creak, and his feet have outgrown the rest of him. So has his attitude. Julia, now a few days shy of 11, is showing signs of female roundness. These hormonal blasts, added to my own, do not make for tranquillity in our tin can despite the beauty that lies outside our door. Stephen may not be arguing about whether he will go to a friend's party, but he argues nonetheless.

And since most of the travelers we meet on the road are, well, mature, our kids still miss the company of their own kind. In a Mexican village recently, Stephen vaulted over the barriers of language and culture to join a sandlot game of soccer and was soon yelling !Aqui! !Aqui! with the rest of the boys. A few days later in another campground, he joined the nightly cribbage game of a family from Quebec. These are the accommodations he makes for companionship.

A few months ago in a spurt of homesickness, Stephen called an acquaintance from his old school. "Don't you miss your friends?" the boy asked. The question was so characteristic of a teenage boy, yet so utterly uncomprehending as to be absurd. A continent full of awe and adventure lay between them that this boy could not begin to understand and that my son could not communicate.

I do not know how our children will come to view this time or what they will encounter when we return to a stationary life. Perhaps, as with Stephen's friend, they will face incomprehension; perhaps their experience will make them "different" -- anathema to the teenage mind; perhaps they will have to relearn its mores and vernacular. I hope they will have the strength of character to value this time rather than seek to diminish it as one of those weird things their parents made them do. I hope we will retain a sliver of the closeness we now share.

I hope that years from now we might say to each other, "Remember that night in Arkansas ...?" and we will return to a halo of lantern light and the bedtime squawks of herons, or "Remember ...?" and we will watch a dance of manta rays upon the sea, or we will be camped among the date palms beside a green, swift-flowing river. Do you remember?