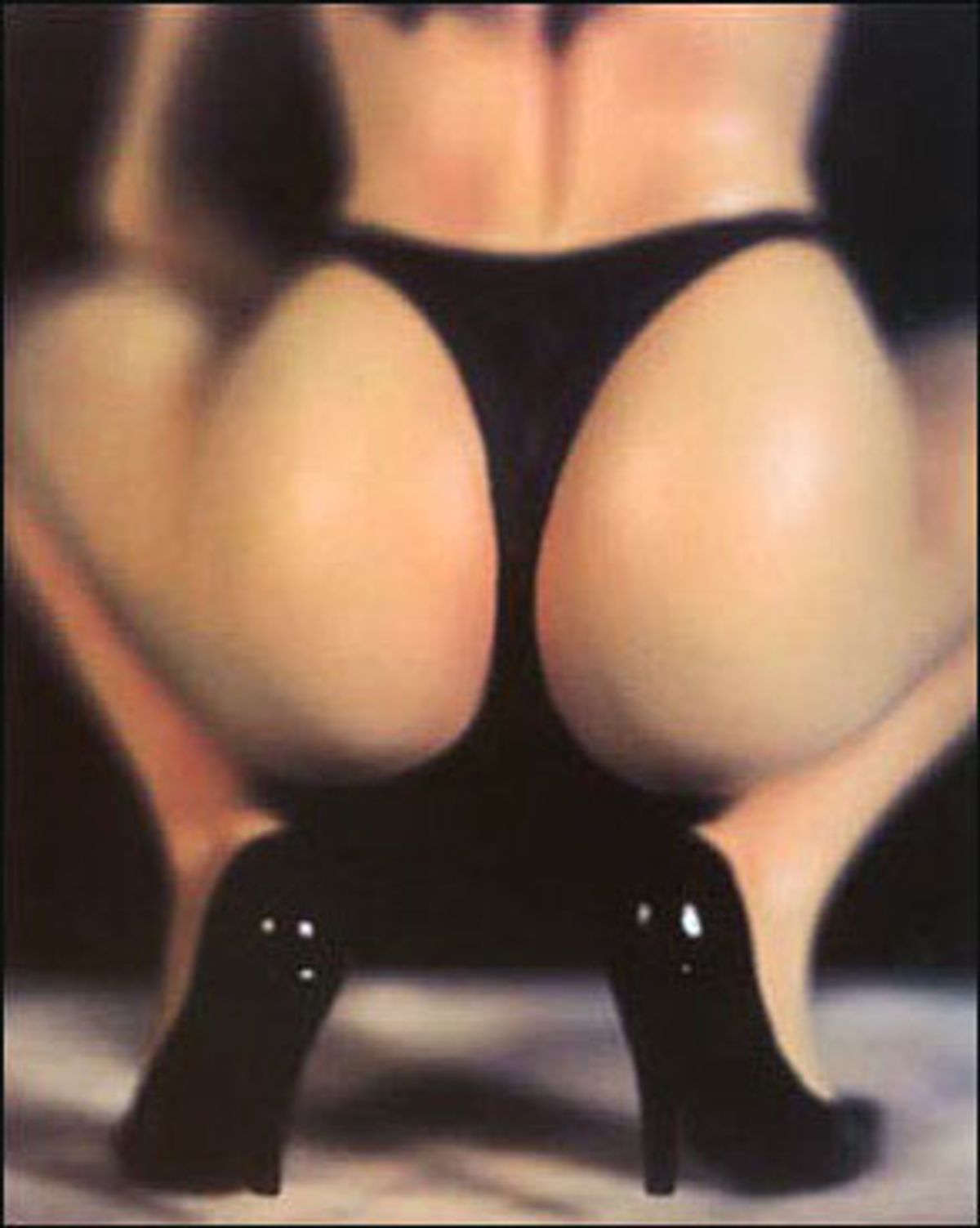 Levinthal didn't start out doing such things. He grew up in quiet, suburban Northern California and went to Stanford, where he majored in studio art. Then he got an MFA in photography at Yale (where he studied with Walker Evans and met Garry Trudeau, with whom he produced the book "Hitler Moves East: A Graphic Chronicle 1941-43" -- a re-creation of the Eastern Front of World War II using toy figures).

Why did you get a business degree?

Whether they admit it or not, an artist is running a small business. I really liked MIT. It was different from Stanford or Harvard -- [the program] was small, with only about 100 students, a collegial environment where they encouraged you to work together. They took a somewhat older student body and they really had an eclectic mix. One woman had a Ph.D. in classics from Oxford; another guy wanted to open a bookstore in Paris. MIT was incredibly hard -- quantitatively oriented -- but by the second year I got into the flow of it, and I have to say it's been extremely helpful. I worked for two years in Silicon Valley [starting a P.R. firm for high-tech businesses in 1982], but moved to New York in '83 to get back to my art career. The ability to look at the art world as a business environment was helpful.

You've been doing mostly photography since then?

Pretty much, since '71 -- except for four years during biz school and in Silicon Valley. I had a bad experience with the academic art world. I had done the book with Trudeau, so I felt I had made a contribution. Once I started doing photography I rediscovered my passion.

Is this the first time you've used dolls -- except in the Trudeau book?

No. I started using toys in graduate school. As a child I played with toy soldiers. Actually, the first toys I photographed were Barbie dolls -- I had a black G.I. Joe beating up Barbie, taking her away from her frat boy. And about 10 years ago I did a series called "Desire," using Japanese "garage figures," which are crude molds of Caucasian women in bondage. But the faces were very amorphous and not very detailed.

What are they made of?

They are resin and polyurethane. I get them at places like Village Comics. The guy there told me they've been around about 10 years. They're from 8 to 16 inches tall. And they are expensive -- some kits are $200. I don't paint them myself; I have people airbrush them for me. At first I bought them already painted. Then I met people that I now hire to build them for me. I work with guys in New York, New Jersey and Los Angeles. They do things like take off the resin hair and replace it with faux hair -- I give them a lot of freedom. Sometimes they'll decide her arms are too straight, and they'll bend them; they bring their own techniques and personality to the models.

Do they come with underwear and the S/M gear?

It's all part of the casting. Some of the nylons are spray-painted on. The chains are part of the model -- that one costs more than $300. They can spray-paint a breast under a garment that makes it look sheer. There's a lot of artistry involved.

So how much of the final pose is your decision?

These are solid figures; the posing can't be altered. But using a 20-by-24 Polaroid camera, I can set them up in a simple way with a black velvet background. There are only five cameras like this in the world, and one here in New York. It's the one William Wegman uses for his dogs. So I rent the studio for the day, then it's a question of lighting and angle. Usually I'm going in on details; that's where my artistry comes in -- in picking those viewpoints. But the quality of the models is such that I have a lot of choices. I'm not constrained because the model won't hold up under scrutiny. The focus is the key element. I'm directing the viewer to a specific point by how I pick the point of focus. Sometimes I'll put it in front of the figure so the entire figure is soft.

Are some of the positions based on your own fantasies?

Do you ever get criticized by feminists for being sexist, for manipulating female figures -- even though they are dolls and not real?

Surprisingly, not yet. [That happened] a little bit with "Desire," but the reception has been very positive. To me, it's interesting how believable the photos look. People ask me, "Which are dolls?" and I tell them they all are. Our culture has changed so much since I grew up. Porn has become part of mainstream popular culture. It's not as shocking; it's more about the realistic fantasy. The women in Playboy are no more real than the dolls I'm photographing -- they both go to the same place, this faux reality of images of women. It comes out of the 1940s pinups, and the Vargas drawings. Women don't look like that, even on the MTV videos.

I assume you can't manipulate their facial expressions.

No, but you'd be amazed at how different the photo looks from the real doll. I think it's part of the whole process of the Polaroid photo and the lighting. It breathes life into these figures.

Did you try shooting the dolls using other techniques before you settled on the large-format Polaroid?

No. I've been working with Polaroids since 1986. It's just a beautiful print. There's a contact print, and the color is rich and saturated. In a funny way, even though the camera is large and somewhat cumbersome, it allows you to see the finished artwork in a minute. With the narrow depth of field, a slight change in focus or lighting makes an enormous difference. I can see the work as it evolves -- it's interactive. The material itself is so beautiful. When I get the image I want, I make five exposures. But each photo is a unique piece.

Yes. These are the most amazing things I've seen in my life. The first figure I got was a Pamela Anderson look-alike in a German officer's attire -- just a cap and belt -- and I thought, This is so amazing. I kept going back to the store and looking. I thought, I'm going to use some of my commercial job budget on this. And once I started shooting, it was like magic.

Well, 10 years ago I did "Desire," and the whole issue of imagery and sexuality has been interesting to me. That's why this series evolved so quickly. I started in 1999 and by the fall of 2000 I'd done 200 different photographs. And I've taken a couple of breaks -- every time I come back with new inspiration. The model market is growing, so there's always new stuff out there. One model maker found a model similar to the slave girl [wearing bondage equipment], but now she's wearing a saddle.

Have you ever photographed humans in these kinds of poses?

No, I never have. It would intrigue me perhaps to use both models and real figures at some point, but I sort of like the idea that you are able to get such sensuality from these inanimate figures. Plus, they're really well behaved. They never stay out late with their boyfriends doing coke.

Have you seen the new Helmut Newton book? The cover is of a real woman with a mannequin that looks just like her.

What do you do with the dolls after you shoot them?

I still have them; they're in my studio. I recently bought a 1940s glass case and I'll put some in there. I have close to 200 of them. I used to have them all over the studio, but I decided they needed a more respectful location.

Do women friends ever get upset with your having them?

I used to have the dolls right as you came into the loft, so they greeted you as you walked in. I had a couple of girlfriends say it was disconcerting coming past these 100 or so women. They thought I needed to redirect my attention.

Do you name them?