The third movie in which a wounded Jennifer Lopez watches late-night TV alone turns into a weepy thriller without many thrills. 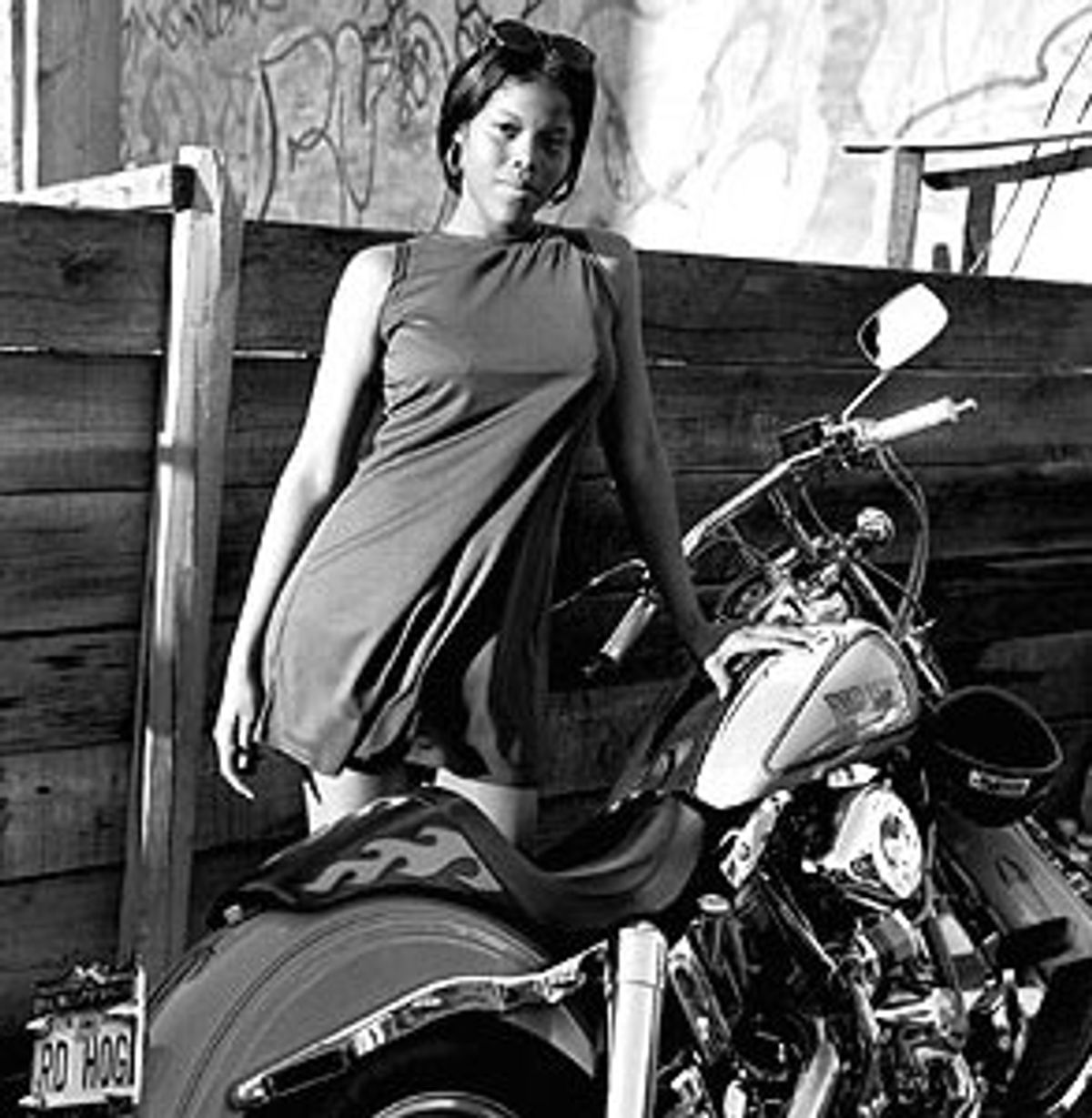 You can learn many facts about city living from Jennifer Lopez's new star vehicle, a romantic weeper called "Angel Eyes." For example, in Chicago, you can apparently get a phone without giving your name or having a credit rating or anything like that. Lucky Windy City residents! And if you just decide to bail out on your house, blow off the mortgage payments and go live like a semihomeless person with a one-syllable name, an Edwardian overcoat and a wacky haircut, well, all your stuff will still be there waiting for you whenever you decide to go back. The bank feels your pain.

I was glad I had these financial profundities to consider during "Angel Eyes," because otherwise all that happens is that people cry a lot, or else they make that pensive, twisty face that lets you know that they're in denial right now but they're getting ready to cry real soon. It's a pretty, even elegant film, composed in somber blues and grays by Luis Mandoki, the Mexican-born director of "Amazing Grace" and "Message in a Bottle." It has a brooding, almost supernatural tone, vaguely suggestive of "The Sixth Sense" or "Ghost," although nothing ever occurs to make the similarity meaningful. Mandoki seems unable or unwilling to whip up any level of narrative suspense, so the events in Gerald DiPego's screenplay just sort of unfold slowly and wilt, like the sodden vegetables you've forgotten in the bottom drawer of the fridge.

Lopez plays a tough lady cop named Sharon who says things like "Don't bust my balls," tosses back Buds and accuses her fellow officers of being fags. But beneath it all (like an inch or so beneath it all) she's got the pensive, twisty face going big time. This makes three movies in a row -- after "The Cell" and "The Wedding Planner" -- in which J.Lo plays a wounded gal who spends her evenings watching TV alone. I made fun of her the first two times, but now I feel bad and I'm going to stop. Jennifer, sweetie, we get it now. We understand that you have a deep soul and have suffered much. Now can we break through this place of emotional stasis together, cry, laugh, hold each other and then stay up all night in our jammies eating cookie dough?

In an early scene that's far more exciting than anything that comes before or after it, Sharon is nearly executed by a vengeful cop killer, but is saved at the last instant by a strange guy named Catch (Jim Caviezel). As we already know, Catch has been following her, in between moping around the neighborhood doing random good deeds. Furthermore, we have a pretty good idea why Catch is following Sharon, unless we were still in line for popcorn during the opening scene: She saved his life after a gruesome car accident, a fact that Sharon, tiresomely, will require most of the rest of the movie to figure out. I guess DiPego is relying on the old thriller technique (perfected by Stephen King, among others) of letting the audience understand crucial information well before the characters do. But "Angel Eyes" is such a snooze overall that it seems like cruel and unusual punishment to drain it of even the feeblest possibility of suspense.

Naturally enough, Sharon asks Catch out and then invites him up to her apartment. This happens despite the fact that he has apparently been stalking her and she doesn't know his real name, where he lives or what he does. It's to her credit, perhaps, that she also doesn't care about his erratic shaving habits, the aforementioned floor-length overcoat he wears every day (the same one, I believe, that Kiefer Sutherland wore in "The Lost Boys") or the crazy haircut that kind of looks like a toupée even though it's not. Caviezel is a piece of work all right, with his swimmer's bod, brilliantly white teeth and supernal blue eyes, yet there's something off balance about him that makes directors assign him to these soulful weirdo roles. (He played much the same guy -- with the same raincoat -- in "Pay It Forward" and also starred in "Frequency.")

So Catch comes over, looks through Sharon's panty drawer, smooches her up some and then flees. Rather than coming to her senses, Sharon is intrigued. "Some people say we give off a particular odor that can only be detected by one other person," Catch tells her, although he looks as if his odor might be plenty detectable. He leaves a dandelion stuck to her mailbox with masking tape. "My name is Catch. I don't commit any crimes. I like being with you," he says in emotionless zombie tones.

Sharon's partner (the slyly enjoyable Terrence Howard) can't find any evidence that Catch really exists, although, as I mentioned earlier, he has a phone number and an apartment, along with two drawers full of space toys and a dog named Bob. Like Sharon's partner, the audience at the preview screening I attended seemed mighty uncomfortable with the inevitable Catch-Sharon coupling, which happens at the swimming hole in a state park and looks more like an exercise routine than sex. And no wonder: "Angel Eyes" doesn't work at any level, but the total lack of chemistry between its central couple is fatal. Even when we learn his "secret" (which is neither surprising nor well concealed), Catch still seems like a sociopath to be avoided, and the otherwise appealing Sharon must have a few fittings loose to be attracted to him.

There's a dismal extended subplot about Sharon's abuse-plagued family, featuring a mumbling Jeremy Sisto as her brother, along with Sonia Braga and Victor Argo as her parents, and the whole bunch of them making that getting-ready-to-cry face the whole time. Catch and Sharon each get in touch with their troubled pasts, which in Catch's case involves playing "Nature Boy" on the trumpet and breaking into his old house to look at some moldy pieces of birthday cake on the table. Near the end, when the healing and weeping have apparently gone on long enough, Catch and Sharon get into her SUV to drive off into happiness. Catch has shaved, adjusted the toupée haircut and traded in Sutherland's coat for a tweed blazer. "I'll drive," he tells Sharon. (Remember, he was in a horrible accident.) "I don't think so!" snorted the man sitting behind me. "They ain't even wearing seat belts!"