The triumph of "multicultural" thugs

The physical assault on Ann Coulter at Cornell proves that fascism is alive and well on U.S. campuses. 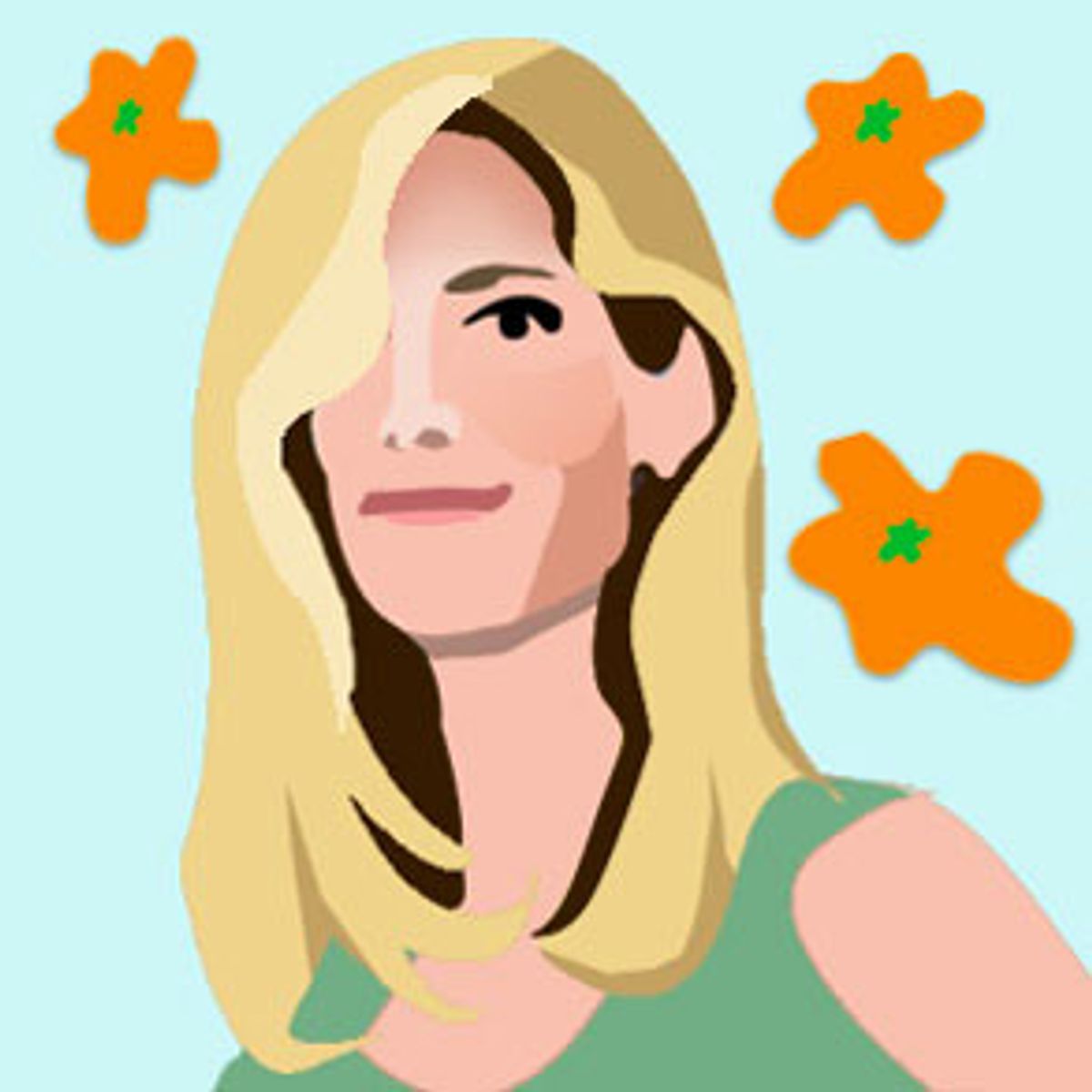 Last month, students attempted to physically attack Ann Coulter -- forcing police to intervene to protect her -- during an appearance at Cornell University. The world took little note of the incident, but it speaks volumes about the state of higher education and of an academic culture that is anything but. On April 30, the bestselling conservative author, lawyer and well-known TV commentator returned to her alma mater to speak about the Confederate flag controversy. She came as the guest of the Cornell College Republicans and the Cornell Review, a conservative student paper she had helped to found 17 years earlier. A little over six years ago, I spoke under the same auspices. As a result, I am familiar with the context in which the episode occurred.

Cornell is one of the most segregated institutions in the United States. Many of its black students choose to live in all-black dorms -- a privilege officially denied to most other ethnicities and races at the school. A good many of those black students attend classes at the Africana Studies Center at the north end of campus, where they never have to mix with the general student population. At Africana, they are taught by a faculty infused with the humors of political correctness, anti-white racism and a pseudo-Marxist contempt for American institutions and principles. Here they learn that "only whites can be racist" (because only whites have power) and that slavery in Africa was not really bad (because it wasn't "capitalist" and the slaveholders were black).

The politicization of black studies (and all social disciplines) at Cornell began in 1969 with the most disgraceful occurrence in the history of American higher education. In that year, black radicals armed with shotguns took over the Cornell administration building. From this high ground, they issued a set of demands as a ransom for not carrying their mayhem further. In a denouement that more than any other event may be said to have given birth to the contemporary politicized university, the Cornell administration capitulated to the terrorists' demands. Among these was the surrender of the future education of black students at Cornell to a faculty that met the terrorists' own standards of political correctness.

Since then, the triumph of the political left at Cornell has been challenged only by the pinpricks administered by the Cornell Review and the sporadic appearances of conservative speakers such as Coulter. Unlike for leftists who are invited to speak at Cornell, Coulter's appearance had to be underwritten by outside sources -- in this case (as in most) by the Young America's Foundation in Washington, since the student funds available for such programs at Cornell (as elsewhere) are firmly in the grip of the political left.

Faculty and student conservatives at Cornell -- as at other elite campuses -- are routinely subject to harassment, persecution and an insecurity of place and employment completely unknown to any other minorities, including gays and blacks. Out of more than 1,000 members of the Cornell faculty, for example, there are only three openly conservative professors available to sponsor organizations like the College Republicans and the Cornell Review. (Such sponsorship is a requirement for receiving student funds.) When I spoke at Cornell one of the three faculty conservatives, a botany professor, was under siege by both the administration and the student left -- barred from his own classes and waiting to see if he would be fired -- for expressing a politically incorrect opinion on the issue of homosexuality.

The faculty sponsor of the Cornell Review who introduced Coulter was Jeremy Rabkin, the same conservative professor who had introduced me six years before. At every "liberal" campus in America there tends to be a lonely and courageous intellectual like Rabkin available for this duty. (Harvey Mansfield famously fulfills the function at Harvard.) In the 10 years that I have been visiting college campuses, not a single so-called liberal on the 125 or so with which I am directly familiar has shown the Voltairean spine to actually stand up and defend the conservative students' right to hear speakers of their choice, by offering to sponsor their organizations and events. Either respect for basic democratic principles is so low among the academic elite, or fear of career consequences from the left so great, that this simple act of decency never happens.

In normal circumstances, a conservative coming to speak to the two conservative groups at Cornell would be ignored by the campus media and silently boycotted by the other officially recognized and funded political student organizations, of which there are many -- all of them leftist. Fliers announcing the talk would be torn from campus bulletin boards, leftist professors would advise their students to avoid the occasion, and the event itself would be attended by a small contingent of those willing to be publicly identified as conservatives and to accept the social and educational consequences of that fact.

But this spring -- if my own tour of a dozen campuses is any indication -- it has become almost obligatory for campus radicals to attend these events and attempt to obstruct them in the name of progressive ideas. Since Coulter's topic was the Confederate flag issue, a confrontation of some sort was inevitable. Previously Coulter had written a column on the Confederate battle flag that pointed out that slavery had existed longer under the Stars and Stripes than under the Stars and Bars, that the flag symbolized more than the slavery cause and that in any case there were no visible pro-slavery advocates around to make leftist concerns about the implications of its presence valid.

These mildly expressed views were a call to arms to the Cornell vigilantes. Even before her arrival, campus Democrats had already sent out a flier calling on students to protest Coulter's talk, while another flier from the more ardent left aggressively linked her with Adolf Hitler and David Duke. (The link was a series of anti-affirmative action quotes attributed to each appearing on the same page.)

Like other college administrations, the one at Cornell is hypersensitive about perceived slights directed toward campus minorities or the political left, but turns a blind eye to these groups' efforts to demonize conservative students and shut down their side of the debate. As at other schools, Cornell's administrators are not at all oblivious to the threat the left represents to civil dialogue and free speech, and thus assign security police to watch over events like the Coulter speech. But "watch" is the appropriate verb. University administrators do not want an incident, such as an injured speaker, which might cause bad publicity and alert a wider public to the little totalitarian tyrannies they allow to thrive on campus. At the same time, administrators have no intention of reining in these campus hooligans or restoring an atmosphere appropriate to an institution of higher learning. The police will remove obstructors and thugs, but the administration will not discipline them. It knows the organizations and individuals who are the source of the problem but will take no action against them because they are either minorities or "progressives" -- and usually both. This tolerance has the effect of encouraging the delinquent behavior that requires the police, while relegating conservatives to the role of a harassed minority element in the campus community.

Coulter was heckled by the left throughout her speech, but in a way that she found peculiar. "It was not arguments they were reacting to -- I could have been talking to a stone wall, so closed or empty were these young minds. It was isolated words that set them off." This reflected the reality, which was not a confrontation of views, but an encounter between a witch-hunting mentality and its intended target. The left is faced with a serious problem when it actually goes into these battles, because its radical paradigm requires a fight with "white supremacists," the updated version of Marx's "ruling class." Hence the fliers with references to Hitler and Duke. But once leftists arrive at the scene of their battles, these days, it is quickly apparent that there are no white supremacists around -- certainly not Bush conservatives like Ann Coulter.

So it becomes necessary to invent them or, even better, to discover them, hiding behind the masks of Bush-era tolerance and compassion. Rep. Charles Rangel, D-N.Y., veteran witch hunter, once remarked that now Republicans supported tax cuts instead of poll taxes and wore suits instead of sheets -- conveniently forgetting that it was his own party that was the political home of slavers and Klansmen. The same mentality prompts leftists to complain about "subtle forms of racism" and "institutional racism" when there are no obvious bigots to point to. It is what causes them to think it nothing to smear a John Ashcroft, whose public persona is transparently decent and beyond reproach. Even if you can't see the witch, the witch is there, because the world is still a battlefield between Satan and the saints -- or, in left-wing parlance, the oppressors and the oppressed. Depend on it: Behind the mask of tolerance and reason there is always the racist within. If only we had a dunking stool to unmask her. Or perhaps a single word will cause her to betray herself.

That's exactly what happened to Ann Coulter. One anti-Coulter outburst, for example, was triggered in the middle of a sentence in which she pointed out that European slave traders bought Africans who were already enslaved: "It wasn't as if the traders ran into the jungle and kidnapped their victims." It was the word "jungle" that triggered an audience uproar. Jungle? Somewhere deep in the left-wing psyche the word (as in what? "jungle bunny"?) tripped an ideological wire. Aha! We knew, behind the smile, you were a racist all the time.

Coulter managed to make it to the question period, but only just. During the discussion, the podium and stage were pelted with oranges while one champion of the people after another got up to talk about racist oppression they knew about personally. Victimhood is perhaps the only thing these students have actually been taught in college. From orientation on they are told: You are oppressed; you are a victim. This is their romance and their power. It is not something they are about to give up. This is the conservative challenge, since what makes them conservatives is the denial of the Marxist view of the world as divided into oppressor and oppressed. But victimhood has become the identity of these minority students and their leftist mentors; to deny it is to deny their existence.

After a while, one man in the audience stood up and after ranting about his "slave ancestors," lunged at the platform where Coulter stood. The police managed to grab him just before he reached her, and took him away. The Cornell administration was lucky -- the lunatic was white (his slave relatives were allegedly Scots). Finally, an older black man got up and began a rant he refused to end. The campus police are not about to arrest older black men and risk being photographed, and then subsequently denounced as a "racist Gestapo" (a practice common among campus radicals). So Coulter left.

In the 1930s, a popular parlor game was to ask whether fascism could come to America, a fascination reflected in the title of Sinclair Lewis' bestselling novel "It Can't Happen Here." The populist demagogue Huey Long, who was himself a product of the '30s zeitgeist, disagreed. Fascism could come to America, he said, but it would come calling itself democracy. With the acquiescence of the Neville Chamberlains who administer American college campuses, this kind of fascism -- calling itself multiculturalism and "identity politics" -- is already here.