Vince Carter gets an F

The NBA, which cares about higher education only as a source of player development, hypocritically praises the Toronto Raptors star's graduationn side trip. 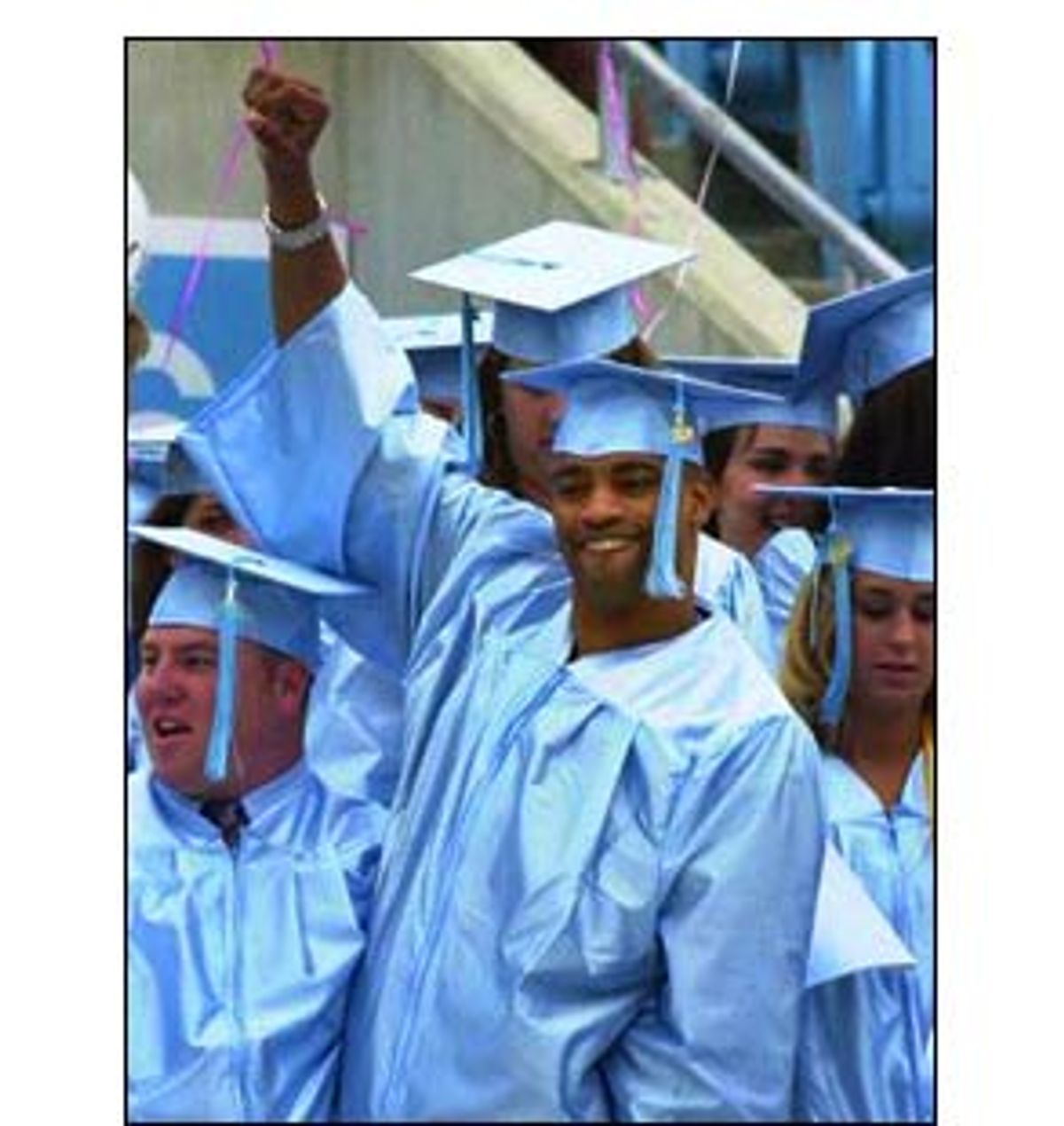 Sorry, but I'm going to be an asshole about this Vince Carter thing.

Then, in the game itself in Philadelphia, he misses the final shot, the one that would have put his team in the NBA Eastern Conference finals. Did he miss it because he didn't go to the morning shoot-around? The heck should I know? I do know that if you go to practice and then miss the shot, all they can say is, "You missed the shot." If you don't go to practice and then you miss the shot, everyone who watched the game can say, "You might have made that shot."

I'm not going to pretend for you that I'm a Toronto Raptors fan. I can't really even visualize what a Toronto Raptors fan would look like. But for purposes of writing I have to be a method actor and pretend that I'm a Raptors fan, and when I do that I get very, very angry. I ask, "Why are we paying this guy $12-or-$20 million if he's not even going to practice before the biggest game in his team's history?" But from the reports I hear out of Toronto the fans are pretty much taking the press's line on this, which is the NBA's line, which is that Vince Carter somehow struck a blow for education by taking the day off.

If this is true, then Toronto Raptors fans are a bunch of mealy mouthed wimps and I hope my team gets to play their team every year in a big series because I'm fan enough to root my team through tough series. My team doesn't care about "education." My team practices.

I looked around the press for one column that thoroughly expressed what I do not feel about this issue and found it in the New York Times on Monday, written by Jere Longman. "In a league," he wrote, "where shooting is more fundamental than reading, Vince Carter missed the final, awkward jumper in yesterday's excruciating 88-87 loss to Philadelphia ... He is destined to be pigeonholed, unforgivingly and unfortunately, as the man whose superhero cape got tangled in his cap and gown."

Excuse me, but I'm going to interrupt. Exactly what league does Longman know of that doesn't put shooting ahead of reading? If he finds one, I'd like to know about it, if only so I can publicly advocate the firing of all the coaches. You play basketball for me, it's OK if I see a dog-eared copy of "The Annotated 'Lolita'" sticking out of your duffel bag, but you damn well better make those 15-foot jump shots.

Carter's decision, says Longman, "should have been applauded, especially in light of stories that getting higher in the NBA often has nothing to do with higher education." I'm not sure I get Longman's drift, here. When I went to school, smart guys got "higher" at least as often as dumb ones, but let that pass.

What I don't understand is why anything in the NBA should have to do with "higher education." Certainly nothing in the NBA should have more to do with education than with shooting. Anyway, according to Longman, "The fundamental hypocrisy of education and elite sport was on sanctimonious display yesterday. The National Basketball Association trots out a new literacy campaign and Commissioner David Stern lectures that undergraduates should stay in school and get their degrees. Then Carter goes to pick up his, only to hear his coach and some teammates grumble."

Look, there is a fundamental hypocrisy here, and it has to do with David Stern, of all people, having a literacy campaign in the first place. In the half century that it has tightened its grip on collegiate sports the National Collegiate Athletic Association has never exhibited a shred of care about the subjects of literacy or of athletes getting their degrees, and neither has the NBA, which, perhaps not coincidentally, has been around for about that same length of time. Now, all of a sudden, getting a degree is paramount in the mind of the NBA's commissioner. Why, I wonder?

I'm going to take a wild guess and say that it has nothing to do with education but everything to do with athletes staying in school. Not staying in school as in going to school -- as in attending class -- but staying in school as in playing college basketball. When they stopped doing this, when they started getting out of college early to grab NBA contracts, NCAA ratings began to sag (players in Tournament games weren't around long enough for public recognition) and, then, so did NBA ratings (players weren't well-known enough coming into the league -- no more free player development).

And then, guess what? All of a sudden, David Stern cares about education and degrees, and it becomes more important for Vince Carter to show up in a cap and gown (in front of the cameras, of course) than to practice for the biggest basketball game of the season.

Maybe, some argue, it's really not that important for Carter at that point in the season to have a final shoot-around. Fine with me; let's eliminate all final practices before deciding games of series and see how that goes. Or maybe just allow each player on the team to decide whether or not that final practice is important enough for him to attend. You know, like the Monty Python routine where the sergeant asks the men if they'd rather be doing something besides "marching up and down the square." Maybe the substitute guard has been itching to get to Camille Paglia's "Sexual Personae" but hasn't been able to find the time. Maybe the second-team center is more into film, and a Kira Reed movie is on Showtime.

Or is the team's star the only one allowed to decide when he should or shouldn't practice?

I think I have an arrangement that might work out for everybody. Let our colleges be concerned with education, not the development of basketball players for the NBA, and let the NBA forget about education and concentrate on getting players to concentrate on playing basketball, which is their job. And let superstars like Vince Carter focus on doing what they're paid to do, which is to hit those last-second jump shots.