President Bush downplayed his own drinking problem and hid a DUI. Now his daughters are making news for underage drinking. Is there a connection? 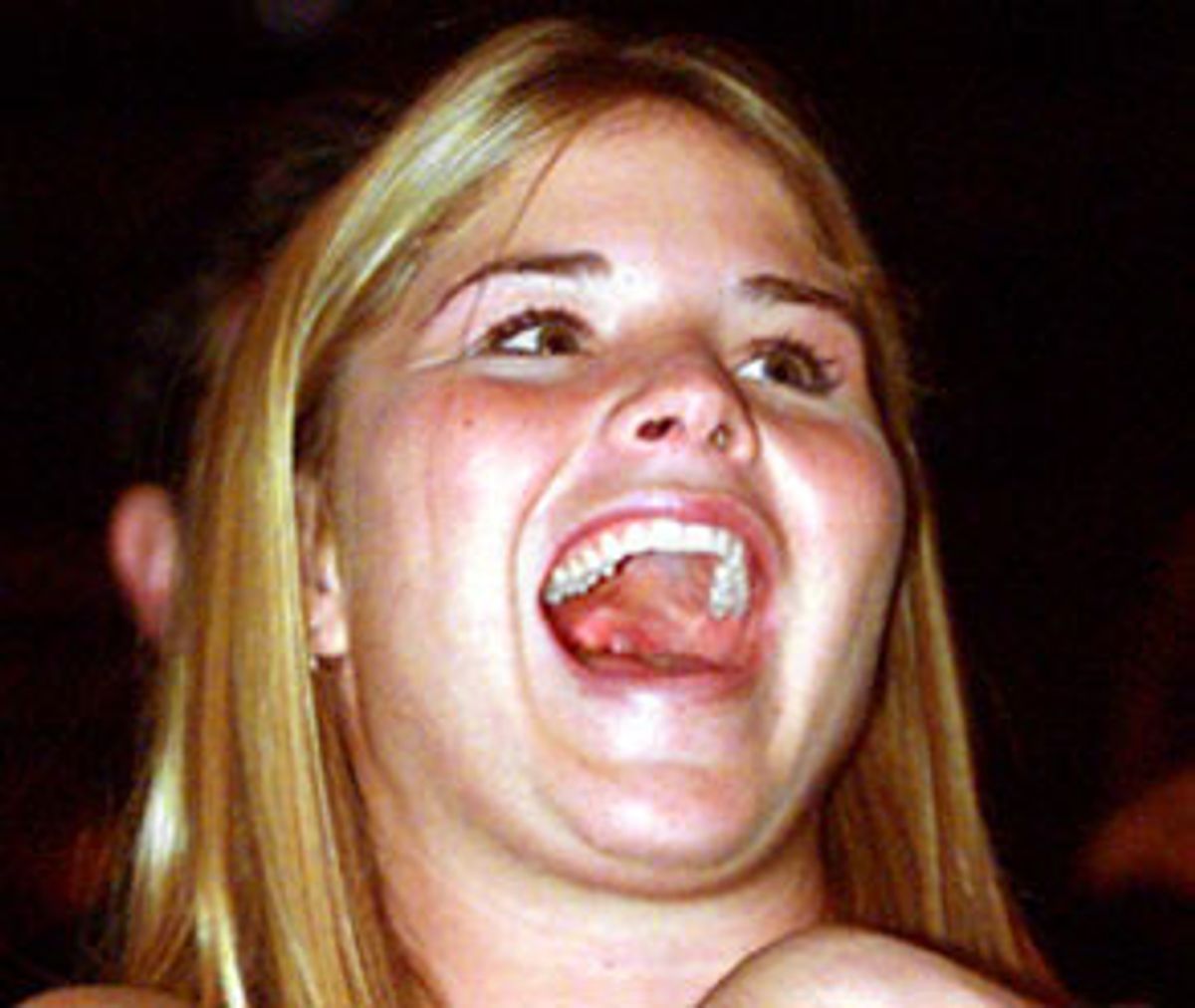 I don't envy Jenna and Barbara Bush, going off to college under the watchful eye of the Secret Service and the international media. But the sudden flurry of headlines about the first twins' alcohol-related mishaps raises new questions about the way their father handled his own "young and irresponsible" past.

I always thought it was a bad decision for Bush, as a politician, to refuse to acknowledge his wild youth -- which, by his own account, lasted until he was 40. But now it seems it was a bad choice for Bush as a father. After his 1976 drunken-driving arrest was revealed last year, Bush said he didn't admit it when he decided to run for president because he didn't want his daughters to know about it. That was a mistake, and the twins' recent run of bad behavior seems designed to let him know that.

There's no evidence either twin has a drinking problem, but the string of news items involving their partying and scrapes with the law in the last few months can't be ignored. First came the tale of Secret Service agents ferrying home Jenna's boyfriend after he was arrested for public drunkenness. Then there were randy National Enquirer photos of Jenna, a University of Texas freshman, and a beer-drinking pal, and a story about her alleged marijuana use. Yale freshman Barbara, supposedly the studious twin, had a false I.D. confiscated at a New Haven, Conn., bar. In April, the Enquirer featured a lurid tale of Barbara's drunken spring-break binge in Mexico, and by the end of the month all major newspapers were carrying a story about Jenna being cited by police at an Austin bar for underage drinking, while Secret Service agents waited outside.

Now, barely a week after a court appearance to deal with that alcohol citation, Jenna has been caught again using a false I.D. to buy alcohol at an Austin restaurant, with sister Barbara at her side.

Of course, many of us would have provided lively tabloid fodder in college if we'd been subjected to the scrutiny Barbara and Jenna Bush must endure. And their college drinking doesn't mean they'll turn into alcoholics as adults. Most teenage party girls become responsible citizens, eventually. Still, their recklessness in the first months of their father's presidency suggests their parents screwed up by downplaying and even denying President Bush's own drinking problem.

Bush's he-man decision to quit drinking cold turkey is the stuff of legend. The morning after a boozy 40th birthday party in 1986, he woke up at Colorado's tony Broadmoor Resort and decided, on his own, to get sober. Alcohol had begun to "compete for my affections," Bush said later. Certainly he didn't need Alcoholics Anonymous, he told the Washington Post: "I don't think I was clinically an alcoholic; I didn't have the genuine addiction. I don't know why I drank. I liked to drink, I guess."

But his close friends tell a slightly different story: "Once he got started, he couldn't, didn't shut it off," Bush's buddy Don Evans, now commerce secretary, told the Washington Post last year. "He didn't have the discipline." That sounds a lot like an addiction, though only Bush himself knows for sure.

He refused to discuss details of his drinking or rumored drug use throughout his political campaigns, relying on the stock excuse, "When I was young and irresponsible, I was young and irresponsible." His parents have also repeatedly denied he had a drinking problem, even after several family crises involving his drinking came to light: an ugly Christmas confrontation with his father in 1972, after Bush drove drunk with his brother Marvin, crashed into a neighbor's garbage cans and offered to fight "mano a mano" with his father; and the 1976 DUI incident near the family compound in Kennebunkport, Maine, with his then-teenage sister Dorothy in the car.

We know Bush's problem drinking, including the DUI, was a family secret. The night a reporter broke the DUI story, Laura Bush called both daughters, in Austin and New Haven, to break the news to them. "I made the decision that as a dad I didn't want my girls doing the kinds of things I did, and I told them not to drink and drive," Bush told reporters. But he didn't tell them about his own arrest.

The secrecy, of course, was a mistake. Anyone who works with alcoholics and their families knows honesty is crucial: The drinking parent needs to come clean about his or her problems, and kids need to understand the family dynamics that were established around the drinking. And as teenagers, they need to know that alcoholism is a disease -- whether because of psychology or physiology or some combination of the two -- that is remarkably hereditary, and think about their own drinking in that context.

"We know for a fact that [Jenna's] father had a long history of alcohol use and abuse," Lynn Ponton, a psychiatrist who studies teenage risk-taking, told Salon. "And this is an opportunity for the Bushes ... to talk honestly with their children about risk-taking and really provide guidance and increase communication. And I would wonder what type of communication is actually taking place."

I wonder, too. I'd bet there hasn't been enough communication in the WASP-y Texas Bush family, and it looks as if the first twins are acting out as a result. Even with a Secret Service detail, there are ways for young women to party, if they're discreet. Clearly, the first twins aren't. Their blatant risk-taking and public partying (the Secret Service waits outside the bars where they drink illegally?) seem designed to force a family reckoning that their father's drinking never triggered.

I'm reluctant to play family therapist for a family I've never met, but I'd say that Bush may have gotten past voters with evasiveness about his drinking problem, but he hasn't satisfied his daughters. And if he sticks to the sanitized, up-from-Broadmoor version of the story, he may someday find he won the White House at the cost of an honest relationship with his daughters.

An earlier version of this story appeared in Bushed! last month.