After 20 years, I win a sex-discrimination lawsuit against the U.S. government. But do I deserve a reward? 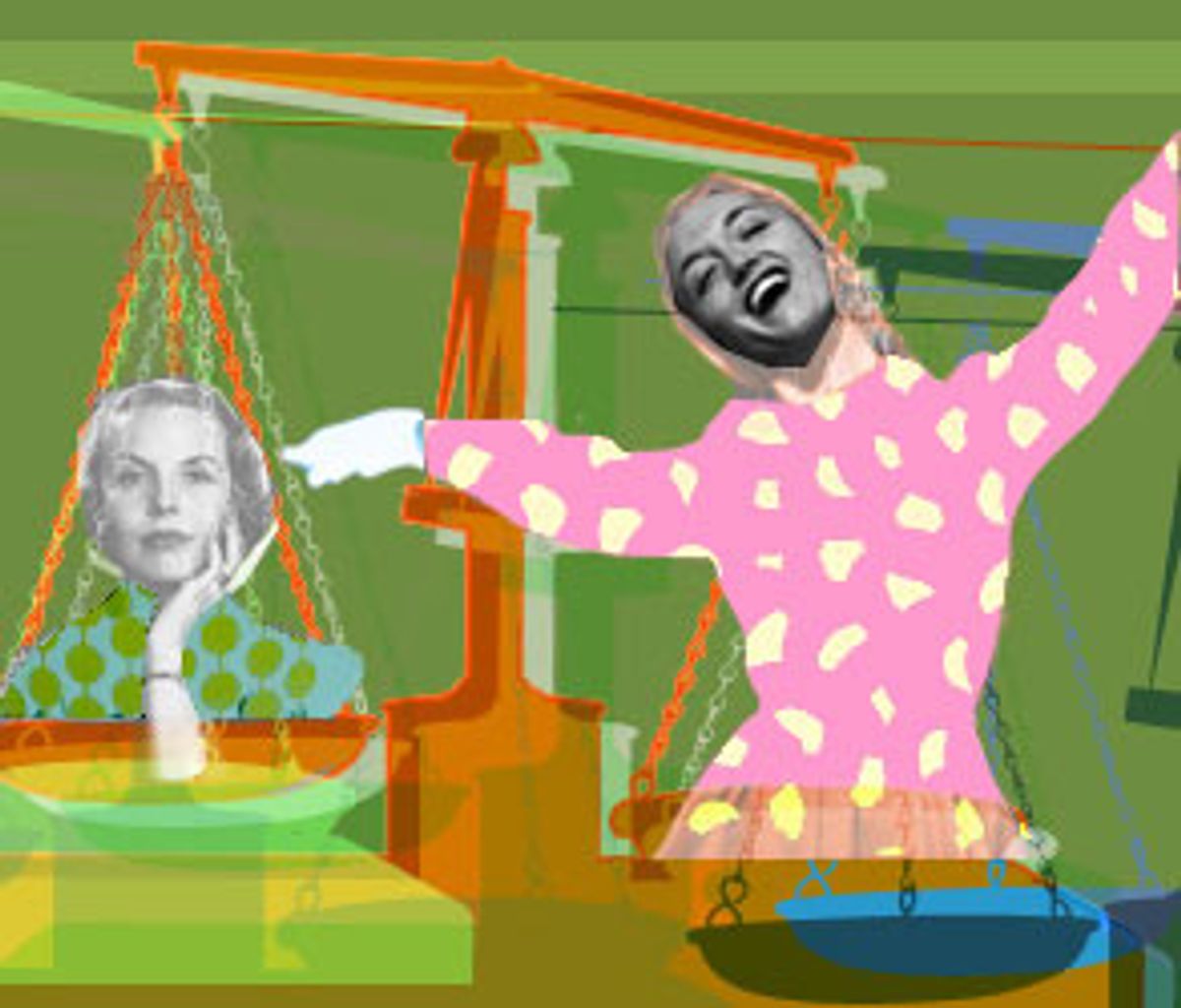 The news I thought I'd never hear was announced on the radio as I was driving home from work one day last spring. We had won our sex-discrimination case against the U.S. government in Hartman vs. Albright, with the largest settlement -- $508 million -- ever awarded in a case brought under Title VII of the Civil Rights Act of 1964.

The suit was filed in 1977 by several women who had applied for jobs or sought promotion as writers, editors and broadcast announcers with the Voice of America and the U.S. Information Agency (which no longer exists), and ultimately covered the period from 1974 to 1984. I received a letter from the women's lawyers in 1989, informing me that I was eligible to join the class action because I had applied for a job at USIA as an editor in 1984.

I couldn't think of a good reason not to join -- it would cost me nothing. All I had to do was write to USIA and request a copy of my job application under the Freedom of Information Act and then send a copy to the lawyers. I never thought anything would come of the suit, and indeed, for the earliest joiners, it dragged on for 23 years before the government finally decided to settle.

My first reaction after hearing the radio announcement was disbelief. When I got home I logged on to the Web to find out more, and the story was mentioned on that evening's TV news. But until I got a letter from the lawyers a few days later, confirming that I was still part of the class, I didn't let myself get too excited.

Once I was convinced my good fortune was real, I began to think about all the things I could do with my share of the money, such as buy that dark green Jaguar I've been coveting all my adult life, and pay for my kids' college education. (A year later, the money, amounting to about half a million dollars for each class member, still hasn't been distributed because of pending appeals by some women excluded from the class.)

But I also felt as if I'd won the lottery after buying just one ticket while my friend, who bought 100, won nothing. I don't really deserve this, I thought. I wasn't even aware I'd been discriminated against. Maybe I wasn't truly qualified for the position. Thinking about the thousands of other people who regularly experience job discrimination but rarely get any recompense for it, I began to feel guilty. Just a little, though.

Certainly, I had been discriminated against because of my gender in some of the jobs I'd held, though most instances were subtle and would have been hard to prove: the old-boy network at one place that hindered my and other women's promotion, disparities in pay between men and women doing the same job at other places.

But coincidentally, the year before I joined the class action, I did experience one case of what I consider blatant bias. Although I don't believe my serendipitous involvement in the suit is some kind of karmic retribution (more on that later) for what happened to me, the experience does make me feel a bit more deserving.

In 1988, after working as a copy editor for a national newspaper's editorial and Op-Ed pages for 15 months, I was due to give birth to my second child. In discussing my maternity leave with my female boss, I broached the possibility of working part time for a while when I returned from leave. I assured her that if that was not a possibility, I was committed to continuing to work full time.

The job was the best one I'd had until then as far as enhancing my career, and I had no desire to give it up. What's more, it had what I considered an ideal schedule -- noon to 8 p.m. -- one that allowed me to be with my child in the mornings and that reduced the total number of hours he had to spend in child care.

My boss, however, responded that holding my job for me was out of the question, that she couldn't run the department with my position unfilled, even for just three or four months, and that she didn't want to find a temporary replacement. Then she said -- and this is when I felt I'd been hit in the gut -- that it might be to my benefit to find a part-time job elsewhere at the paper, emphatically expressing her doubts that a mother with two young children could handle my job. (My performance up to that point had not been an issue.)

I already knew from talking to colleagues that she believed women could not have it all, that they had to choose between marriage and children and a career, as she had apparently done. But I was flabbergasted that she could actually take my job away from me because my pregnancy would inconvenience her. (That I'd dared to mention the word "part-time" may also have been a factor.)

The newspaper's policy on maternity leave guaranteed me an "equivalent or comparable" job when I returned. After seeking help from human resources personnel, who were sympathetic but seemingly powerless to do anything, I told them that I wouldn't consider a job that required me to work until 1 a.m. an "equivalent" job.

The company subsequently had a difficult time figuring out where to put me when I came back because my previous job had a relatively early schedule, whereas the vast majority of copy editor positions at the paper required working late at night.

Two days before I was due to return, the paper finally found a spot for me in the weekly entertainment section. I stayed only six months, however, having become disillusioned with how little the battle for women's equality seemed to have progressed, even at a so-called liberal newspaper.

I took notes of my conversations with my boss at the time in case I ever decided to fight the situation legally. I was quite sure my boss and/or the company had violated the Civil Rights Act's prohibition against making stereotypical assumptions about the performance of people of a certain gender, as well as its requirement that pregnant women be treated like other workers who can't do their jobs for a short time. But I would have had to file a suit within 180 days of the event -- with a new baby, a toddler and a full-time job, I didn't have the strength or courage legal action would require.

The paper probably wasn't guilty of a pattern of discrimination as egregious and pervasive as that found in Hartman vs. Albright, in which male managers altered test scores and destroyed applications to exclude women from jobs they were qualified for over a 10-year period. My boss was undoubtedly exhibiting her own prejudices, the tendency we all have to form superficial opinions about individuals or classes of people we don't know well.

Recalling this experience, which at the time caused me a lot of anguish, hasn't completely resolved my feelings of winner's guilt. Contrary to what some people have suggested, I don't think this (presumed) windfall is the result of karma -- that is, some kind of payback for what I experienced. And that's because my understanding of karma differs from the conventional Western view of it as akin to fate or destiny. In Buddhist doctrine, karma is more complex. An endless chain reaction in which every action has an effect, karma arises because of our belief in a solid self or ego. It's a trap that practitioners hope to be liberated from -- after one lifetime or many. What's more, karma is elusive and unpredictable: You can never be sure, for example, that a good deed will have a positive result -- what if the good deed was really based on selfish motives?

So while it's tempting to feel that I'm getting my just deserts, I have no idea how all this will end. Perhaps the excluded women's appeals will go on interminably like the endless suit in Dickens' "Bleak House." Maybe I'll even be dead by the time the government distributes the cash. Imprudently perhaps, I've already spent some of the money, despite my reluctance to rely on "good" karma.

But whatever happens to me and my winnings, I still have to delight in the fact that our group of women won our case, and that the battle to eliminate discrimination is progressing.

Michal Keeley is a copy editor for Salon.