The problem with Ken Loach's half-Spanish, half-English film isn't the lefty politics, it's that the Brit knows nothing about Los Angeles. 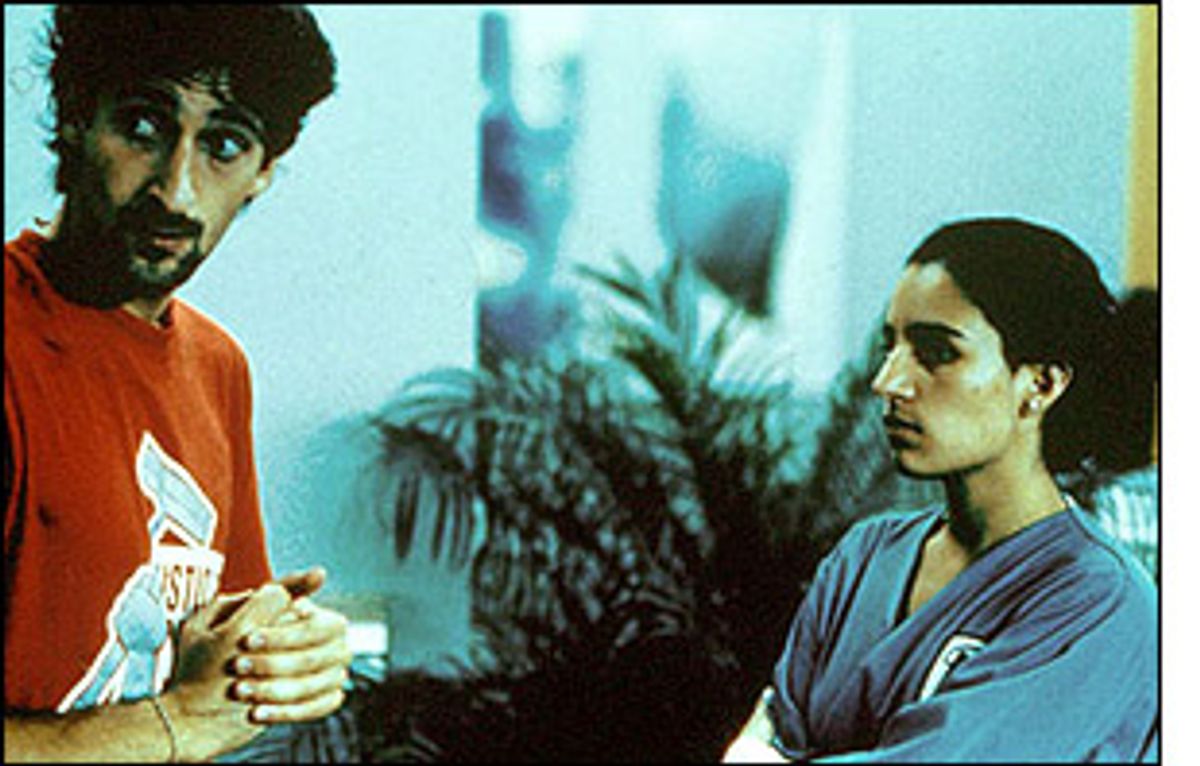 For Ken Loach, the veteran English leftist who is in some ways the ultimate anti-Hollywood director, to make a movie about the striking Latino janitors of Los Angeles is an act of admirable bravado. I only wish it wasn't such a patchy affair. Loach's best work is his semidocumentary exploration of the desperate fringes of the British working class, but the Los Angeles of "Bread and Roses" is almost entirely unspecific, a blank screen on which he can project a predictable drama of class struggle. It's ridiculous to suggest that a foreigner can't "get" L.A., since "Sunset Boulevard" and "Chinatown" were both directed by Europeans, but Loach, for all his hard work and boundless good intentions, doesn't have the remotest feeling for the place.

Before I had seen any of Loach's movies he was described to me as "the other Mike Leigh," and as unfair as the comparison may be on a number of levels, to American viewers it's still likely to seem appropriate. Both have their roots in documentary-style British TV drama, and both are avowed leftists who gained a reputation for exploring the underside of British life in the Margaret Thatcher years. But while Leigh focused on bittersweet portraits of sub-bourgeois family life (like "Life Is Sweet" and, of course, "Secrets and Lies"), Loach's world in films like "Riff-Raff," "Raining Stones" and "Ladybird, Ladybird" was the world of crap jobs and their absence, of the grasping poverty that's a half-step above desperation.

Loach's last film, "My Name Is Joe," starring Peter Mullan as a Glasgow alcoholic struggling to rebuild his life, was brutal and riveting drama, perhaps the best work of his entire career. But throughout that career, Loach's left-wing, anti-imperialist politics -- which I admire, with certain reservations -- have occasionally lured him into the doldrums of didactic drama. "Land and Freedom," his long-awaited Spanish Civil War saga, was somehow less memorable than it should have been, and "Carla's Song," with its peculiar segue from Scotland to the Sandinista revolution, was an uneasy work, sometimes bitterly etched, sometimes treacly and sentimental.

"Bread and Roses" is clearly a labor of love for everybody concerned, and no doubt its raw material is a gold mine of stories: the lives of the immigrant workers, often undocumented, who clean the office buildings of L.A.'s entertainment-industry power brokers. There is also no question that Hispanic life in America is drastically underrepresented on-screen (unless you count Jennifer Lopez), but after its dynamite first 10 minutes, "Bread and Roses" isn't much more than canned political-organizing drama, "Norma Rae" with a little norteño music. (For an immigration drama, try the far superior "El Norte"; as a portrait of Latino East L.A., see the modest but appealing "Mi Vida Loca.")

We start with a bang as Maya (Pilar Padilla), a spirited young woman from rural Mexico, is ferried across the border by vicious "coyotes," or smugglers, and must escape from the one who kidnaps her as a sex slave. First Maya finds her beleaguered sister, Rosa (Elpidia Carrillo), who gets her a job working for the janitorial company managed by the loathsome Perez (George Lopez). Then she meets Sam (Adrien Brody), the young white activist trying to rally the unorganized janitors to the union cause, and most of her spirit seems to leach away into the movie's plodding formula.

When her hunky co-worker Luis (Frankie Davila), himself a paragon of virtue who is saving to go to law school (it's unclear whether he intends to go to college first), quite plausibly suggests that Maya is mainly interested in the labor struggle because she's sweet on Sam, she denies it. "I'm doing this for the 40 million people who have no health insurance in the richest country in the world!" she pronounces. Oh.

As that example suggests, Paul Laverty's screenplay is frequently balky, unidiomatic and laden with clichés, whether in Spanish, English or the territory in between. There are a couple of nicely compact scenes showing exactly what members of the janitorial staff do when they work, always a fascination of Loach's and an invisible arena in most American movies; and the core group of Latin, Caribbean and Eastern European actors (mostly nonprofessionals) is undeniably appealing.

But we get few glimpses of their home lives or idiosyncrasies, with the lone exception of Rosa, an embittered, weather-beaten beauty (wonderfully played by Carrillo) and the only one among them who does something selfish and apparently evil. The explosive scene when Rosa finally tells Maya why she has betrayed her own sister and her co-workers almost redeems this halting, stuttering movie, and lends its ending an unexpected sting. What it really suggests is that Loach and Laverty, on their American adventure, have chosen the wrong story and the wrong central character.