Rep. Gary Condit tried his best to stay out of the story of Chandra Levy's disappearance -- but now even her mother is beginning to ask questions. 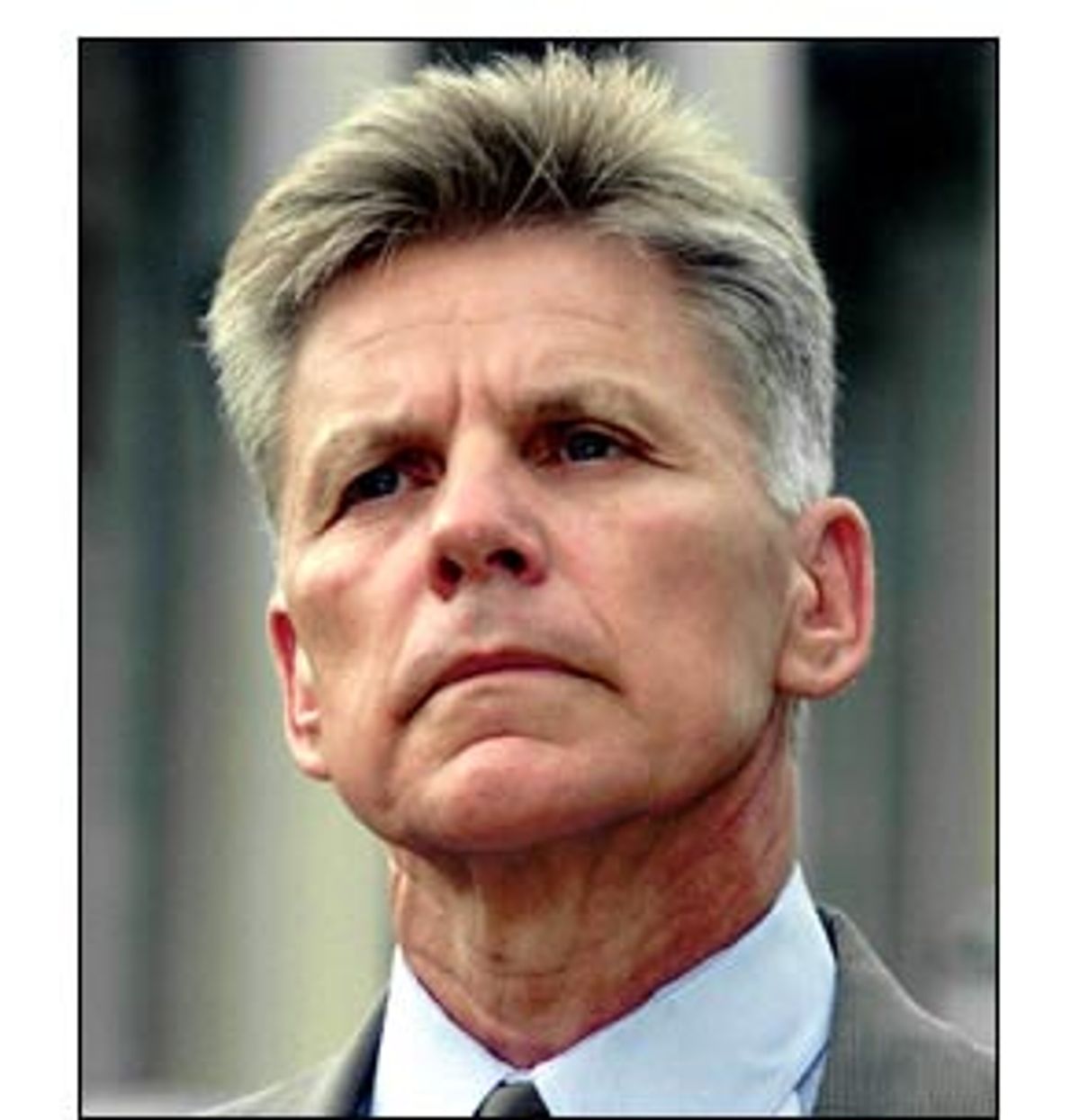 Like a big-budget movie debut, Washington scandals often open big and can hold the spotlight for a few weeks that stretch into months -- or they'll fizzle, never to be heard from again. But the would-be scandal surrounding the disappearance of a government intern and her relationship to Rep. Gary Condit, D-Calif., has been a bit of a sleeper, roiling away in the background of official Washington for the last six weeks until the last week, when it finally started to move to center stage.

Condit has done all he could to keep himself out of the story. But it's precisely his increasingly obtuse behavior about the disappearance of 24-year-old Chandra Ann Levy that threatens to tie her disappearance inextricably to him.

Late last April, Levy had just completed a six-month internship at the Bureau of Prison Affairs. She packed her bags, contacted her parents by e-mail about her travel plans and promptly disappeared. When police entered her apartment several days later, they found her bags packed, her keys missing and no other sign of what might have happened to her.

Almost from the beginning, though, questions were raised about a possible romantic relationship between Levy and Condit, the 53-year-old married congressman from her home district surrounding Modesto, Calif. The evidence of such an affair is sketchy and circumstantial, and there was no evidence whatsoever that Condit played a role in Levy's disappearance. Tidbits pointing to a Condit-Levy affair kept dribbling out, but suspicions were fanned more than anything by Condit's refusal to squarely deny an affair.

Condit's office released three press releases, but none had quotations from Condit denying the affair. Instead, they quoted Mike Lynch, his press secretary, who insisted there was no substance to the charges. Only the first release included any statement from Condit characterizing his relationship with Levy -- and in that case, he simply described her as a "good friend."

Then in early June two developments quickly shifted the tide. Condit had earlier admitted that Levy had visited his Washington apartment. But on June 6, the Washington Post reported that Condit had told D.C. police investigators that Levy had actually spent the night. Two days later, the New York Post reported that Levy had called Condit's private answering service "several times" on each of the two days before her disappearance, April 29 and 30. This was the first tenuous connection between any relationship and Levy's disappearance.

In the weeks following Levy's disappearance, most in the media had treated the Condit-Levy angle less as a serious matter to be investigated than a morality tale about media excess. But as the evidence (albeit circumstantial) mounted, even Condit's hometown newspaper the Modesto Bee published an editorial calling for Condit to come clean. "Five weeks of silence is enough," wrote the Bee. Politicians have a responsibility, the paper noted with some eloquence, "not to respond to every rumor, but to provide basic answers that may relate, however peripherally, to a missing-person case that weighs heavily on the hearts of those in Levy's hometown and far beyond."

In the week since those press accounts surfaced, the Condit story not only has mushroomed into a serious scandal but has become a test case in what one might call scandal management and how the media should react. Unrebutted, the Washington Post story about Levy's overnight visit to Condit's home appeared to put to rest any idea that Condit's relationship with Levy was one of simple friendship. But rather than coming forward with a more detailed response to the charges, or even a denial, Condit went on the offensive. He retained a high-profile, politically connected California attorney, Joseph Cotchett, to send out letters threatening libel suits against virtually every news outlet that had been aggressively covering the Condit-Levy story.

It's too soon to tell whether Condit's offensive has intimidated the press into backing off the story, but looked at more closely, Cotchett's flurry of threatening letters shouldn't dampen suspicions; they should inflame them. In his letter to the Washington Post, Cotchett denied that Condit has ever told anyone about a Levy overnight -- not that it hadn't happened. "Condit never made such a statement to police," Cotchett wrote, "to 'law enforcement sources' or to anyone else."

To reporters -- and a public -- used to parsing what "the definition of 'is' is," Cotchett did little to dispel the allegation, only appearing to challenge its source. Instead, it raises an obvious question: The real issue is whether she spent the night at Condit's apartment. Why not just deny that too?

"I asked him directly," Lynch said, "is this story true? Did you tell the police that? And he said, 'Absolutely not.'"

When I pointed out the obvious fact that denying only that he had told police the story implied that Condit would not, or perhaps could not, deny the underlying allegation, Lynch said, "To the best of my knowledge she never spent the night."

When I asked if he had asked Condit that question directly, he said, "I won't go there."

Lynch did speculate that there might be a legal reason specific to libel law that could have forced Cotchett, Condit's lawyer, to focus purely on denying that Condit had ever related the story to law enforcement officials. But Cotchett himself gave little sense that this was the case.

He apparently learned more, because on Thursday morning's "Good Morning America," Cotchett did deny the sleepover -- though in a confusingly narrow context.

"[She] absolutely did not" sleep over at Condit's, Cotchett said. "If she did, she had to spend it on a couch because Congressman Condit's wife was in Washington the entire week [before] she [went] missing." But the allegations in the Washington Post never specified when Levy allegedly spent the night at Condit's.

All of this means that Condit's media offensive is premised on what has to be an almost unprecedented development in the annals of libel law: a public servant threatening libel suits over charges that he is not clearly willing to deny.

On Thursday, there were numerous signs that the media offensive was failing, as outlets high and low seemed to see blood in the water. Thursday morning's New York Post reported that California Democrats are pressing Condit to come forward and clear the air with some sort of interview or press conference.

Still, the story contains real challenges for the press. For writers (like this one) who insisted that Bill Clinton's affair with Monica Lewinsky was a private matter, how can we insist that Condit has some special responsibility to describe his relationship with Levy?

The answer, of course, is that Levy is the subject of a missing-persons investigation and after six weeks, the odds of a happy resolution to the mystery of her disappearance look increasingly bleak. Any information, when time seems to surely be of the essence, could be crucial. Justifying the coverage of the possible affair because of Levy's disappearance is a tricky matter, a slippery slope. But Condit's stubborn unwillingness to issue even a perfunctory, yet clear, denial of a romantic relationship cannot help but fuel speculation that he has something to hide.

As Levy's mother told MSNBC Thursday: "I think he could come out and share what he does know. We'd appreciate his help for having some questions answered." Furthermore, when asked if she thought Condit might know where her daughter is, she replied, "It's a possibility."

And as even his congressional colleagues are now apparently telling him, Condit has to start coming up with some answers -- or else this story looks like it's about to hit the big time.