I had the same heart procedure as the vice president -- and I did not stroll out of the hospital a few hours later. 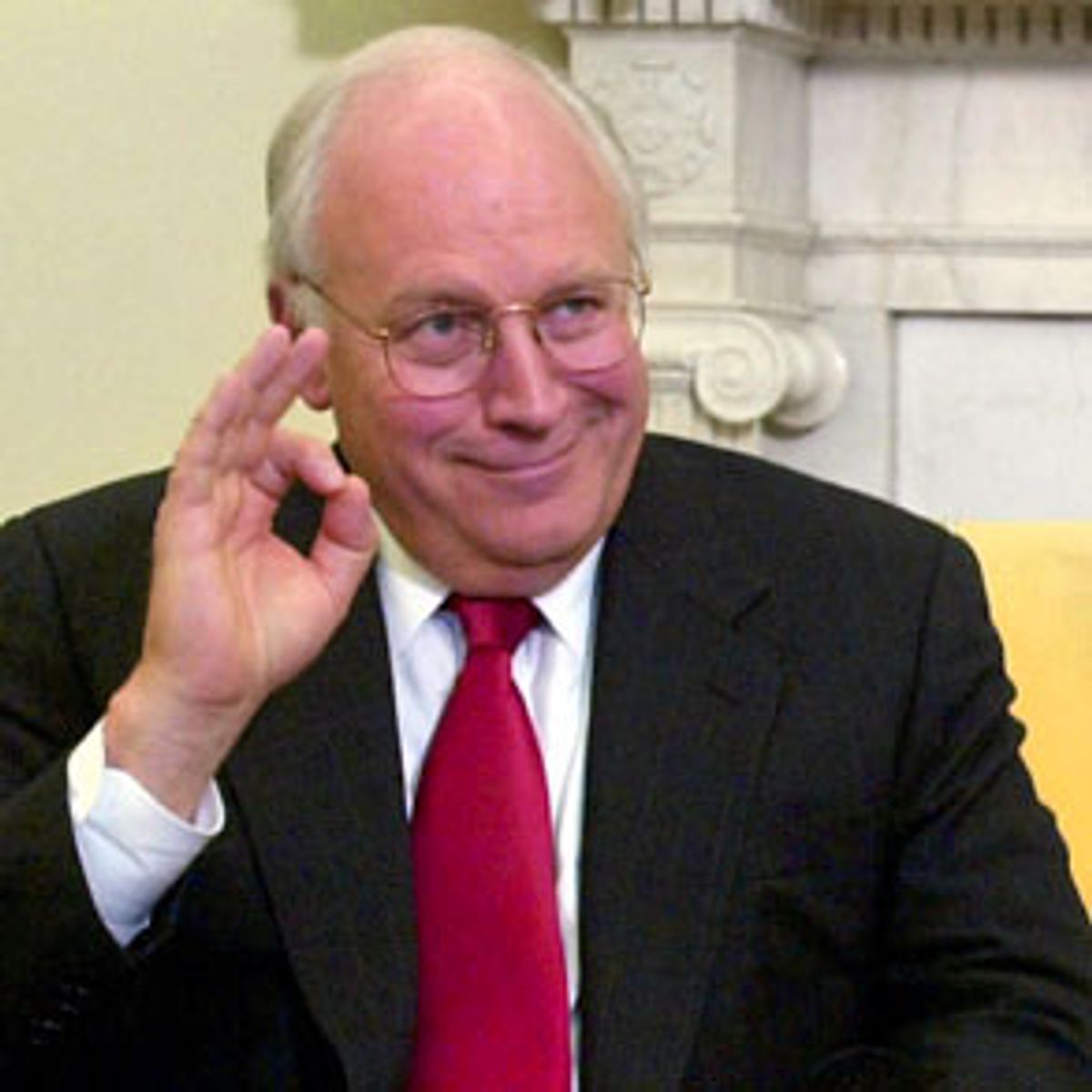 He'd be back on the job as vice president of the United States Monday morning, they said. Sure, I thought, when I read that Dick Cheney would be having a procedure done to study his heart and install a defibrillator in his chest, maybe he can pull that off. But the message -- that this would be a quick-in, quick-out visit to the doctor -- didn't square with my own experience.

Two days before Cheney's procedure, I underwent the same type of electrophysiology study, in which tiny probes are threaded through your veins to map the currents in your heart. It left me physically exhausted and emotionally drained, and I'm a fit 37-year-old male with no history of heart disease.

I'll explain the reason for my trip to the cardiac catheterization lab in a bit, but let me start by describing it.

First came a half-hour or so of prepping. A nurse put an I.V. in. "Beautiful veins," she said, meaning, I gathered, easy to tap. (Does Cheney get such nursely praise?) She then shaved off a lot of my body hair and stuck on perhaps 20 electrical contacts. (I'm still picking at the stickum.) In addition to the familiar doodads for cardiac monitoring, she pasted two big rectangular patches on my chest that take the place of the defibrillator paddles. These would be used to zap me if my heart developed an arrhythmia during the procedure that they couldn't stop any other way.

After I waited about an hour and a half for my team to finish up with someone else (I bet Cheney didn't have to wait), an orderly wheeled me into the cardiac catheterization suite and transferred me to a long, narrow table beneath a giant X-ray machine. There were four big-screen computer monitors hanging above my feet and perhaps a dozen more stationed around the room.

I chatted with the nurse and orderly who were strapping me to the table to confirm that this was the most up-to-date suite in the cardiac catheterization department, representing an investment of a couple of million dollars by NYU Medical Center.

After the nurse told me that she was putting Valium into my I.V., I remember the sensation of something cooler than my own blood passing into the vein in my arm, and then not much else for the next three hours.

The doctors ran catheters through the veins in both my legs and a vein in my neck to my heart. In my case, they were treating a condition called supraventricular tachycardia -- episodes of an irregular and rapid heartbeat caused by an extra electrical pathway in the heart. It's something I was born with. While essentially harmless and unrelated to other heart ailments, I had decided to treat it because the episodes were becoming more frequent.

Once the catheters were in place, the doctors used them to try to induce my arrhythmia. Cheney got the same catheters, inserted the same way. I gather his doctors tried to pace his heart to induce, in a controlled setting, the irregular rhythms they wanted to treat, which in his case are related to his heart disease and the gradual damage it has done to the electrical system in his heart.

To treat my tachycardia, the doctors used radio-frequency radiation to destroy the extra electrical pathway in my heart. To treat Cheney's, as the whole world now knows, doctors put a device in his chest. So our treatments were different. But the biggest share of the work we both had done was when the doctors went in to map the heart.

Though I was never under general anesthesia, the next thing I remember after the Valium twilight was lying in the recovery area, my wife and father-in-law with me and nurses and doctors milling about.

I was comfortable and had something to drink. I was told my procedure had gone well, though my wife said later that I had to be told that six or eight times before it sank in. I still had the tubes in me that were used to guide the catheters into my veins, and I was still attached to heart, blood pressure and blood oxygen monitors, which I watched with some amusement. I was still pretty buzzed.

The removal of the tubes took two doctors and a nurse. It's the part of the procedure I remember best, since I was awake for it and it hurt. The tubes were white, smeared with a bit of blood and long enough to surprise anyone they came out of. I'm guessing the ones in my legs were about 14 inches. Once they were out, the doctors pressed down hard on my veins for a minute to help them close.

As they did this, my blood pressure plunged. I felt myself blanch, and I watched the numbers on the monitor as the blood pressure cuff inflated and emptied. The low point was 68 over something. The doctors' expressions were somewhere between attentive and worried. I don't know whether what happened to me was typical of a drop in blood pressure; a blood thinner I had been given may have played a role, and the Valium too. The pain of having the tubes removed may also have been part of it. The doctors put a drug in my I.V. (which I never learned the name of) to help me recover.

I'm impressed that Cheney, a 60-year-old survivor of four heart attacks, walked out of the hospital on Saturday. My procedure was completed by about 3 p.m., and when I tried to stand up in the recovery room at 9:30 p.m., my blood pressure dropped again and I felt dizzy. Around 10, I was delivered to our car in a wheelchair, though I suppose I could have walked if I had wanted to prove a point.

The post-procedure instructions I was given warned against doing any lifting, straining, sports or heavy housework. Housework? I thought as I listened to the news on Saturday. How about the Senate? Given the pace I kept the first two days after my procedure, I can't picture Cheney striding purposefully through the corridors of power. Resting at his residence at the Naval Observatory seems more like it.

And the recovery isn't just physical. The evening after my hospital visit, I was napping off and on and listening to the radio when I suddenly found the Gershwin song "Summertime" wrenchingly bittersweet, and started crying. Sure, I have in my life my share of reasons to be sad, alongside a host of reasons to be happy and thankful. But the fact is, I don't cry very often. Somehow the Valium (or its absence a day later) or the buildup that comes with being strapped to a table in a high-tech medical suite left me emotionally frayed.

Maybe this procedure seemed more exotic, invasive and disturbing to me because I hadn't been a hospital patient in more than 20 years. Cheney is obviously a much more experienced hospital-goer, so maybe he can take these things in stride.

Sorry, though. I just can't accept that Cheney was more worried about his next trip to the dentist than his trip on Saturday to the cardiac catheterization shop, as his doctors suggested. That line strikes me as nothing but political spin, and we should hope that Cheney and the president don't believe it.

It's not a particularly ugly example of spin. I spun some similar offhand comment about my procedure. But I was just trying to keep my loved ones from worrying, not assure the nation that I was still fit to be vice president. Still, I think I've had a reality check on the events in Washington, and the truth of what Dick Cheney had done doesn't line up with the spin.

Rob Dieterich is a stock market reporter at Bloomberg News in New York.