What good is a scary movie that puts you to sleep? 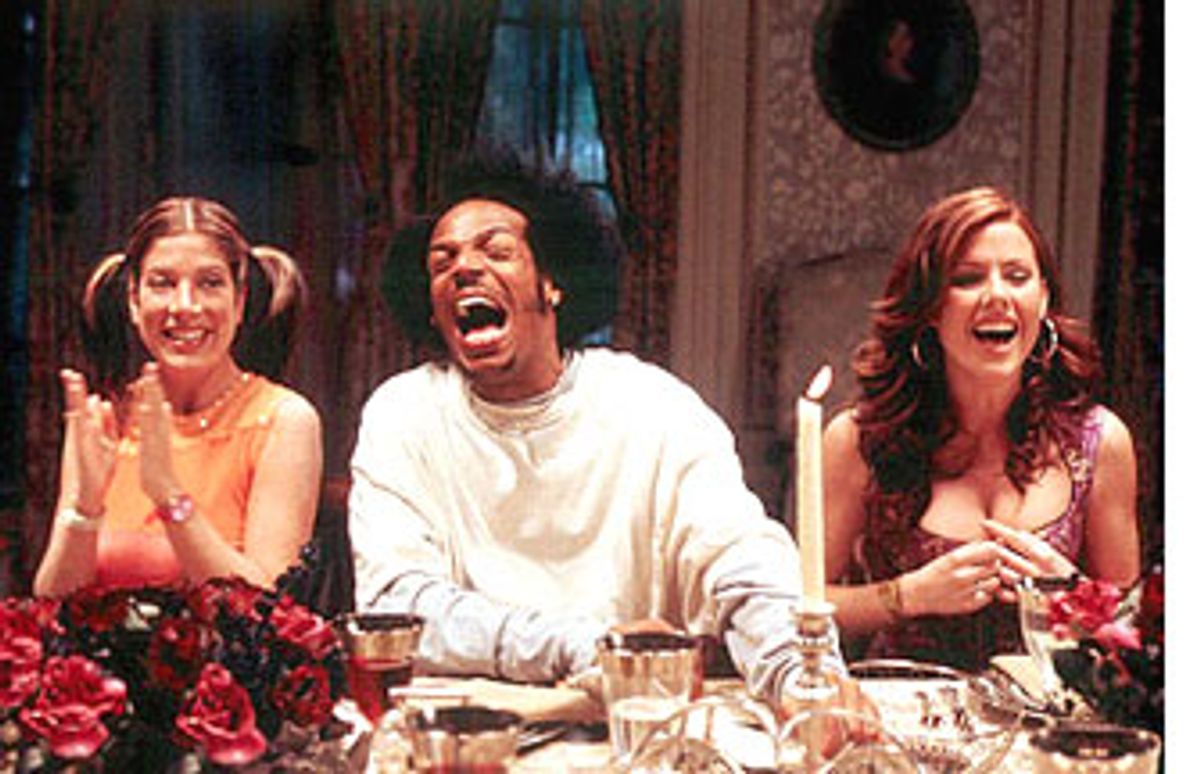 An extended projectile-vomiting joke, a "making big fart sounds on the toilet" joke, a hearty smattering of "guy in a wheelchair" jokes -- none of those are the worst things about "Scary Movie 2." The deadliest thing about this follow-up to the Keenen Ivory Wayans hit of last summer is the way it limply connects a network of dud gags with long, slack strings of dialogue and alleged action. A movie loaded with lame jokes that's at least well-paced can sometimes get chugging on its own momentum, which makes the jokes seem funnier. But watching "Scary Movie 2" is like Chinese water torture -- you start dreading the next drip long before it drops.

The story opens with a short "The Exorcist"-spoof sequence that has little to do with anything that follows, featuring James Woods as a randy priest and Natasha Lyonne as the devil's doll. From there, the picture really goes downhill, along the way reuniting some of the cast of the first movie: Shawn and Marlon Wayans (who also co-wrote along with a team of five other writers) reappear as latent homosexual Ray and pothead Shorty, respectively. Regina Hall and Anna Faris reprise the roles of Brenda and Cindy. Here they're brought to a haunted house by evil professor Tim Curry (whose free-flowing oiliness at least gives us something to watch) and his wheelchair-bound henchman Dwight (David Cross). The group is rounded out by Kathleen Robertson as sexpot Theo, and Tori Spelling in a thankless role that barely registers as a component of the movie. (Her big moment comes when she gives a ghost a blow job.)

"Scary Movie 2" is a pastiche spoof of haunted-house movies from "The Exorcist" to "The Haunting" to "Poltergeist," and with all that material, you'd think Wayans and crew could have come up with at least a few decent gags. What we end up with is Chris Elliot as a Lurch-like servant with a deformed, fungified hand (he gets the biggest titters when he whirls it around in a bowl of mashed potatoes just before serving them; later he humps a cooked turkey); a black cat that goes psycho on Anna Faris after she uses its litter box; and a pair of boobs that inflate like airbags when their owner hits a wall. Any of those things could have been funny, if they just zinged along at you; instead, they're just half-hearted punctuation between lengths of parched, belabored, decidedly unfunny footage. What good is a funny movie that nearly puts you to sleep?

The best thing in "Scary Movie 2" isn't even a gag involving actors; it's simply a set piece: Early in the picture, there's a slow top-to-bottom pan of a statue of Thomas Jefferson that first reveals the great statesman, then a woman standing next to him, and last a cluster of nappy-haired kids. The brass plate at the base reads "Once you go black, you never go back -- Thomas Jefferson." It's a great example of screwball intelligence, the sort of comedy writing that isn't so much writing but a riff on a great idea. Nothing else in "Scary Movie 2" is nearly as subtle or as funny. Crude humor can be great, but it demands a kind of delicacy in its presentation. "Scary Movie 2" shows about a third less craft than its all-too-lame predecessor, and it's only half as funny. If those are figures you can deal with, enter the theater at your own peril.