Listen to comedian Bill Hicks rant about legalizing pot for a better world and putting an end to the war on drugs. 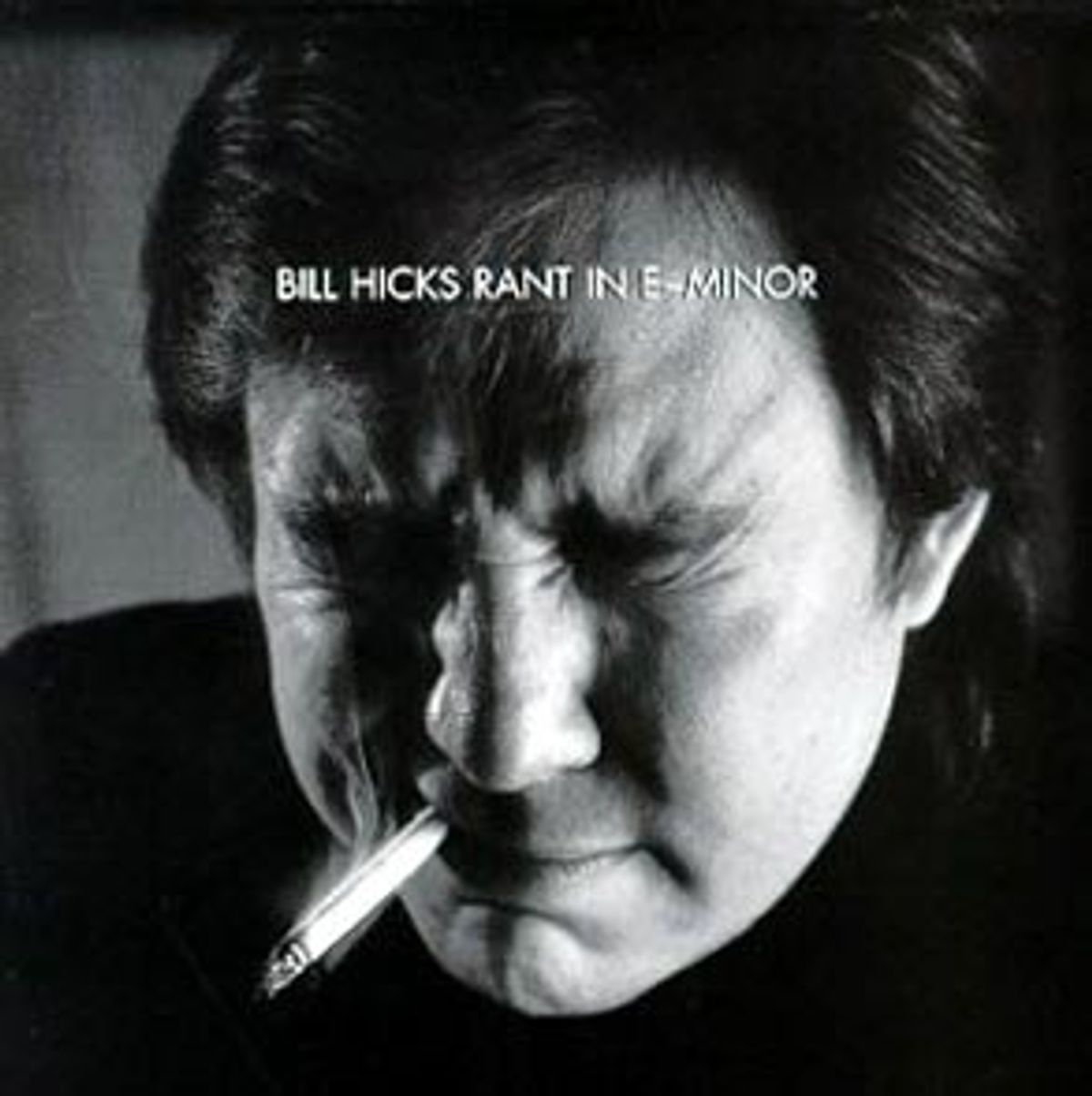 William Melvin Hicks was born Dec. 16, 1961, in Valdosta, Ga. His family lived in Florida, Alabama and New Jersey before moving to Houston when Bill was 7. There, with his friend Dwight Slade, Hicks formed a comedy double act at age 12. Bill was bored with the area and mystified by the appeal of living the so-called American dream. "One time a friend of mine -- we were 9 -- runs over and goes, 'Bill, I just saw some hippies down at the store.' I go, 'No way,' and he goes, 'I swear,' and my dad goes, 'Get off this property! We don't swear on this property!'"

When Bill was young, he wanted to be Woody Allen, so he bought Allen's records and stole his jokes. At his first stand-up gig, a church camp talent show in Houston, Bill did Allen's joke about a woman with falsies breastfeeding. "People laughed, then looked at me like I was the antichrist." It was an early indication that Bill Hicks had no time for a didactic morality.

In the 1980s and early '90s, Hicks made several appearances on national TV shows, starred in the low-budget cult film "Ninja Bachelor Party," recorded an album of music with his band Marble Head Johnson and released his first feature-length concert video, "Sane Man." He recorded four comedy albums, with "Dangerous" and "Relentless" being respectively released in 1990 and 1992 to rave reviews -- particularly in the U.K., where he gained a heavy following. He died of pancreatic cancer on Feb. 26, 1994, at age 32. The albums "Arizona Bay" and "Rant in E-Minor" were issued posthumously as a reminder of Hicks' great talent and inventiveness.

"He was a genius. He was one of the five best comics I've ever seen in my life." -- Dennis Miller

"Think of me as Chomsky with dick jokes." -- Bill Hicks