A new wave of bloodily pornographic French art films hits a new low in this ultraviolent tale of two murderous women on the lam. 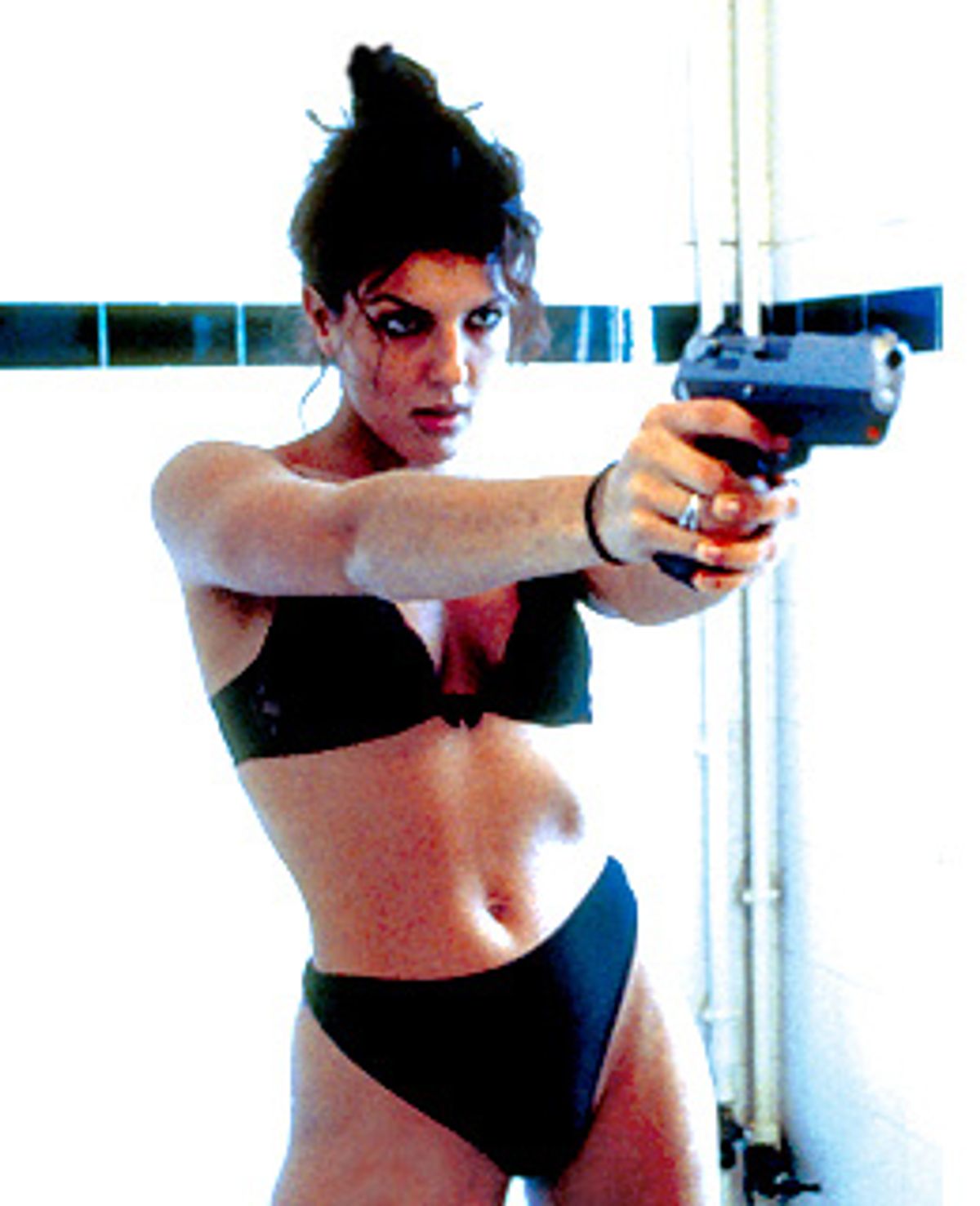 When did French movies get so nasty? In the past few years, French cinema has had a "transgressive" strain operating at full tilt. At one end there's been the unsimulated sex in Leos Carax's "Pola X" and Catherine Breillat's "Romance." At the other there's the brutality of Bruno Dumont's "L'Humanité," which features a lingering shot of a woman's vagina after she has been raped and murdered; Gaspar Noé's "Seul Contre Tous" (released here as "I Stand Alone"), in which the butcher protagonist beats his pregnant wife and indulges in a fantasy of having sex and then murdering his mentally retarded daughter.

I couldn't even bring myself to see Michael Haneke's "Funny Games," which deals with two psychos who invade a family's home and murder them all. And the current issue of French "Premiere" includes some eye-popping blood-drenched images from Claire Denis' coming vampire and cannibalism movie "Trouble Every Day."

But with the exception of Breillat's "Romance," a cold and ferocious movie, most of these films have been too calculated to be truly disturbing. The crotch shot of "Humanite" could even be used in art-history exams with students asked to name the art work it's based on, Duchamp's "Étant donnés." (A later crotch shot is based on Courbet's "The Origin of the World.") And in "Seul Contre Tous," Noé uses a device that's pure William Castle. Just before the big sex-and-murder finale, a title flashes on the screen telling us we have 30 seconds to leave the theater. It's followed a few seconds later by a big red title flashing "WARNING."

There's a strain of smug self-satisfaction in the way these movies set out to shock their audience, an adolescent devotion to épater le bourgeoisie. Next to the work being done in the French cinema by the likes of Olivier Assayas, Martine Dugowson and Claire Denis, and the vitality that still shines from the work of Jacques Rivette, Agnàs Varda and Chris Marker, these pictures seem like the equivalent of those novels by hot young writers that are publicized on the basis of how raw and shocking they are.

The story follows two women, the tall, slightly zonked hooker Nadine (Bach), and the diminutive Manu (Anderson), a sometime porn actress. After each commits a murder and goes on the lam, they meet up and go on a sex-and-murder spree that's motivated by nothing more than boredom. "Baise-Moi" is basically feminist pulp made by people who swallowed Sartre whole. (I'm speaking figuratively; Sartre does not appear in the film.) Life is deadening, spirit-destroying, so these two have made the decision to feel alive by fucking and/or killing whoever crosses their path. Their first murder is a woman they rob at an ATM machine; another victim is a guy they pick up and turn against when he wants to use a condom. Kicking him to death, they proclaim themselves "the condom dickhead killers!"

In classic, dime-store existential fashion, the women are presented as freer than the society whose rules they shun. But there's no charm, no wit to these characters. They have nothing like the grubby capacity for joy you see in the sometimes brutal drifters played by Gérard Depardieu and Patrick Dewaere in Bertrand Blier's "Going Places," a movie that, nearly 30 years after it was made, still has the power to unsettle you.

So, even with a running time of 77 minutes, the piling up of sex and murders in "Baise-moi" becomes rote. And the static quality is the movie's rigid point: Whenever they're not fucking or killing, the women are blanks, stone-faced, bored. "Baise-Moi," which is didactic, clumsily directed and abysmally acted, never lets go of its intellectualized approach long enough to deliver any real kinetic thrills.

But with that weird combination of documentary and fiction that is the basis of porn, the insertion shot throws you out of the reality of the scene. Obviously, the actress agreed to do the scene; she wasn't really raped, so, paradoxically, the reality of the penetration destroys the scene's believability. It also destroys any claim the filmmakers have to sensitivity. This woman figures in no way in the rest of the film -- yet we still have to see her brutally raped. And it's hard not to reach the conclusion that the filmmakers have included it for the same reason that an exploitation filmmaker would -- for a cheap thrill -- but with a lot less honesty than an exploitation filmmaker because it's dressed up in the movie's ideological posturing.

Inevitably, "Baise-Moi" has been compared to Breillat's "Romance." (Breillat came to the defense of the film when it was banned in France, too.) Breillat's film is the exact opposite of "Baise-Moi," though (and not just because it's good). In "Romance," the story of a young woman who embarks on a sexual odyssey when her self-involved actor boyfriend refuses to have sex with her any longer, Breillat's provocation is of a very cool variety. She doesn't alert us that what she's doing as daring; she just presents her sex scenes as the logical culmination of her exploration of the vagaries of desire. "Romance" startles you because it draws a line that other filmmakers may not be willing to cross: it makes it seem timid and foolish to pretend to address sex and then to shy away from the act itself. "Romance" makes every post-coital scene where the actress's breasts are hidden in the makeshift turban fashioned from sheets seem ridiculous. But "Romance" is the work of a filmmaker. "Baise-Moi" is the work of a wall-scrawler, and not nearly the fun that a nasty, smutty joke should be.