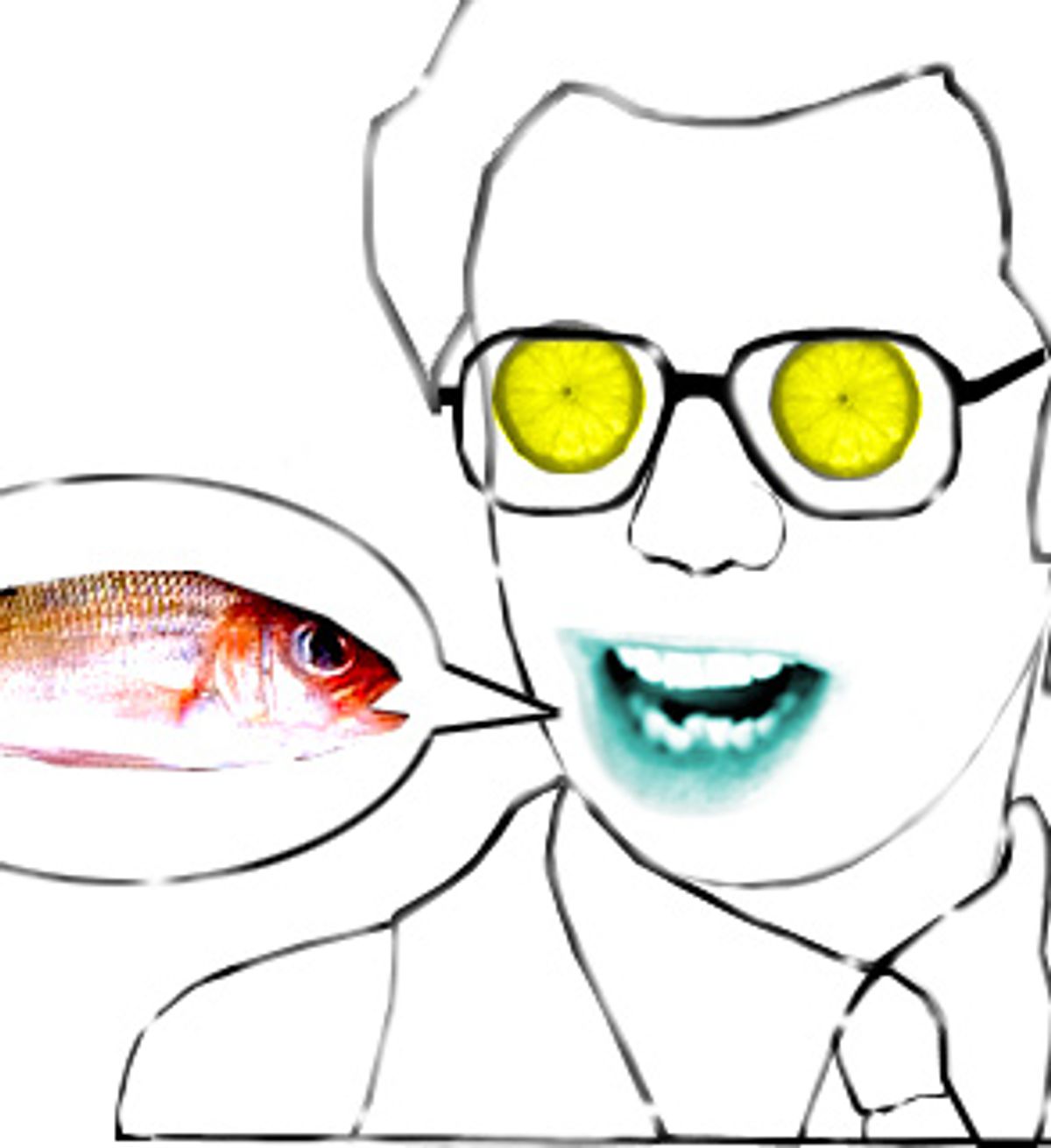 Recently, the New Yorker ran a peculiar O.J. Simpson profile by Pat Jordan. In it, we learned that Simpson is living out his golden years in exile, in Pinecrest, Fla., puttering around on bad knees between the Roasters 'N' Toasters deli and the public golf course, when he's not having minor brushes with the law. We also learn that Simpson is employing the services of an "official spokesperson" in the form of one Yale Galanter, a Miami criminal-defense lawyer who is currently representing him in an upcoming assault case. Johnnie Cochran, apparently, does not take on road rage cases. Nor does he call Simpson when in Florida representing "It" defendant Lionel Tate. And why would he? Even as a criminal, O.J. is a has-been.

Why, then, does O.J. Simpson even need an "official spokesperson?" It's because, as Jordan's piece demonstrates in a hilariously sly and deadpan way, O.J. cannot be trusted with his own reputation and public persona, or what's left of it. But Galanter has "grand plans" for Simpson; namely, to restore him to his former status as "celebrity spokesperson in the mainstream of commerce." For that, the spokesman will need a spokesman. Simpson is clearly unqualified to present himself in a flattering light, and letting him manage his media coverage would be like handing a loaded gun to a 4-year-old -- if he doesn't shoot someone with it, he'll almost certainly leave it behind at the Chuck E. Cheese.

What Jordan's piece demonstrates is that even now -- after the murder trial, the civil trial, the "incidents" involving his current girlfriend, 26-year-old Christie Prody; after assaulting motorists, creating disturbances and prompting hotels to call the police; after all the intense scrutiny -- Simpson remains utterly oblivious to the impression he makes. So, for that matter, does Galanter, who cheerfully disregards every one of Simpson's bizarre breaches of taste. Or maybe obliviousness, mock or otherwise, just comes with the territory.

Jordan's piece presents a surreal picture of the new breed of spokesperson as superego to his client's unhinged id. As Galanter and Simpson cruise around Pinecrest in Simpson's Lincoln Navigator, hitting, for Jordan's benefit, all the O.J.-friendly spots in town, they sound like an old Abbott and Costello routine. They both speak, but neither one seems to be listening to the other, or even to themselves. They're on some kind of sound bite autopilot. Information does not get through.

Here's how it goes: O.J. says that his kids prevent him from hanging around the house naked with "friends," and Galanter remarks, "Being a father comes first with O.J."

O.J. makes humping motions behind women's backs, calls his 15-year-old daughter a bitch, tries to goad Jordan -- a reporter, come to paint his picture -- into "admitting" that he's cheated on his wife or that he's "into Christy" and Galanter is unruffled. "O.J. is a devoted single father," he says. "O.J. is the most misunderstood man in America." What O.J. says and does, apparently, doesn't count, because O.J. doesn't officially speak for O.J. -- Galanter does.

By vouching for Simpson, Galanter effectively takes the hits for him. His personality credibility is sacrificed to the greater good of getting O.J. an endorsement deal. And if that's not enough, he'll throw in his parents. Why, these elderly naifs are "on cloud nine" ever since Simpson chose their son as his official mouthpiece. They are so proud.

By now, it's apparent that the spokesperson's job resembles the official food taster's job more than the ambassador's. Spokespeople have long acted as human shields for public figures in trouble, but since Clinton, the profession has required ever more reckless acts of kamikaze loyalty. A chart in this month's Vanity Fair features a tiny picture of White House spokesperson Ari Fleischer in a Venn diagram, just where "communicator" and "obfuscator" overlap. Examples of Fleischer frenetically dancing around the was-it-or-wasn't-it "Vandalgate" scandal or furiously whipping Cheney's alarming medical condition into a fluffy, peaked meringue -- while doctors lurk behind curtains with defibrillators -- abound. Congressman Gary Condit finally hired one to speak for him in the Chandra Levy case, after talking himself into an awkward corner by not talking. When a reporter for Salon questioned Condit's lawyer, Joseph Cotchett, about certain sleepover allegations, Cotchett replied, "It says what it says. Do you understand what I'm telling you? Do you understand what I'm telling you?"

Well, not really. But we're imagining some pretty strange scenarios, thanks. Then again, the new spin-meisters aren't expected to make anything understood. They are expected to speak for those who can, but really shouldn't, speak for themselves: the suspect, the blundering, the accused. They are hired to not tell the truth while not lying; or to lie with such straight-faced authority that the meaning of "truth" itself is called into question. They are artists of irrationality and negation. There is no modern job so dadaist as spokesperson, and no dadaist job so modern.

It's an interesting approach to communication, and no doubt a burgeoning field. In fact, spokeshuman may be one of the world's fastest growing postmodern vocations. After all, people are accused of things every day -- murder, emotional dishonesty, sluttishness -- and most do a piss-poor job of defending themselves. They panic, they react, they allow themselves to be tormented by stories about George Washington and trees (a classic example, incidentally, of Early American spin.) A deft spokesperson can take the guesswork out of fending off allegations and presenting even the guiltiest in the best possible light. After all, a spokesperson is a trained professional. She has all manner of rhetorical tricks up her sleeve.

"When people hear the name O.J.," Galanter tells Jordan, "a lot of words come to mind. But not 'family man.'"

When people hear the name "Charles Manson," a lot of words come to mind. But not "sushi chef" or "seminarian" or "teal." See how it works? Now you try it.

Personally, I can't wait until I can afford my own spokeswoman. I will have her follow me around the house. When my cats get mad and relieve themselves on the bathmat, she will tell them, "Carina is excellent at cleaning out the litter on a regular basis." When my boyfriend comes home and demands an explanation, my spokeswoman -- as inscrutable, intractable, shameless and poker-faced as Bartleby the Scrivener -- will say:

"I choose not to. I choose not to describe what acts were done that we found upon arrival because I think that's part of changing the tone in this apartment."

Bathmats are a dime a dozen. But I have my reputation to consider.