When I got to Detroit, I wasn't the daughter they remembered. 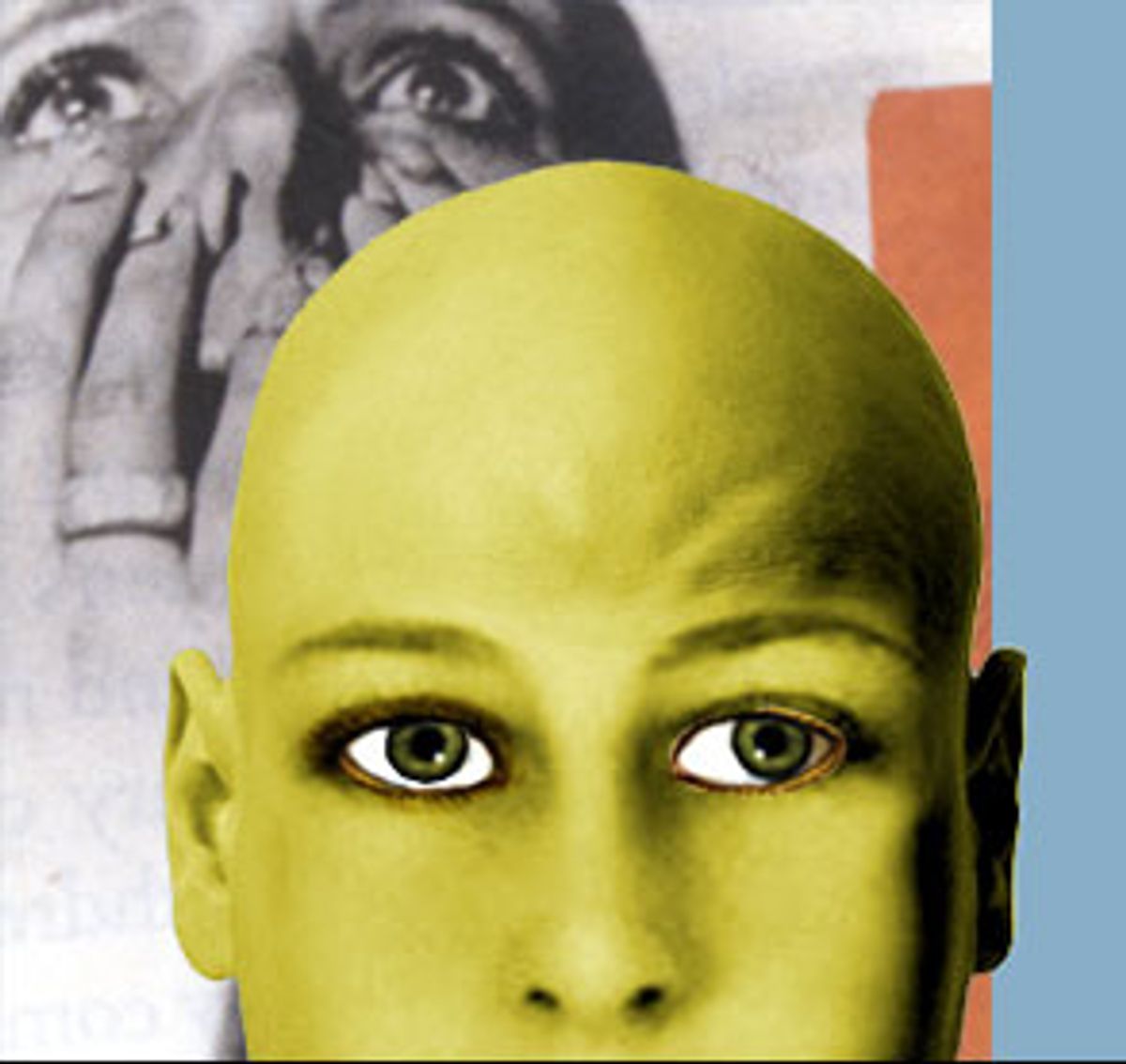 That you can never go home again is something my family wished I had known back in 1975.

By that time, I had moved to San Francisco and hadn't been back to Michigan in a long time. I was set to return home, however, for my grandparents' 50th wedding anniversary. My grandfather had just gotten out of the hospital, where he had been given last rites a few weeks earlier for liver troubles. We weren't sure how long he would live, but he insisted on being released for his anniversary party.

I arrived in Detroit a different daughter than the one who had left two years earlier. While in San Francisco, I'd discovered the exotic world of chemicals. A few months earlier, I'd smoked some angel dust, taken a few Quaaludes and, after watching the movie "THX 1138," I shaved off my eyebrows and every hair on my head.

I liked the naked noggin look and all the attention I received, but shaving the back of my head was difficult. I was fortunate to find Raymond, who gave me a shave every Friday night, so that my head would be shiny for my weekends of disco dancing and all-night carousing. Raymond had acquired a fetish in prison. He "got off" after working on my head.

I told my parents I was a model now. I didn't mention that it was for a demented, but talented, designer who sold clothing to Salvador Dali, Alice Cooper and other rock stars. I'm sure my parents thought my modeling career was some drug-induced delusion, but they didn't question me.

Billy Bowers models were selected not so much for beauty, but for uniqueness, and in 1975 a woman with a shaved head was surely that. When Billy saw my bald dome one day on the Bryant Street bus, he asked me if I wanted to model his clothing. I was flattered. We soon learned that we shared a fondness for the same drugs. We bonded over Quaaludes, angel dust and my bald head.

I arrived at Detroit Metropolitan Airport wearing a gauzy black dress that made it apparent I was braless. I had accessorized my outfit with a purple feather boa and thigh-high black platform boots. As I strutted off the plane, I was sure my parents would be impressed by my new, chic, bald look. My father dropped to his knees and was unable to catch his breath. My mother scowled at me.

On the drive home, Mom insisted we stop to buy something to cover my head. We had to drive around for some time before we found a wig store. My dad and I sat in the car in silence as my mother ran inside. She returned with a brown short-haired old lady's wig that looked like a poodle's ass. It did not stay put on my hairless head.

On the day of the anniversary party, my folks asked me to borrow a dress from my sister. Unfortunately, I chose an ankle-length polyester number, yellow with little blue flowers. This was a bad choice because during the party I turned yellow myself, having suddenly come down with some sort of ailment. One of my aunts observed that the whites of my eyes were yellow. I went to the restroom to take a look. My skin was the same color as my dress. I was yellow from head to toe. My wig was ridiculously tilted to one side of my head.

I went to the doctor the next day and was diagnosed with hepatitis. My family was enraged with me because I had exposed my grandfather to the disease. He had to be readmitted to the hospital immediately. The doctor told me that everyone at the party should get gamma globulin shots. We had to call the party attendees to let them know they'd been exposed to hepatitis and needed immediate medication.

My other parting gift to my family left them scratching their heads and other body parts -- I had given them crabs (and not the ones from Fisherman's Wharf).

As my mom drove me, at the speed of light, to the airport, she said that she had only one request: The next time I decided to come home she wanted to see a report from the San Francisco Board of Health before I disembarked from the plane.