Worried that my pink hair was keeping me marriage-free, they cunningly claimed it made me a security risk in the Basque Country. 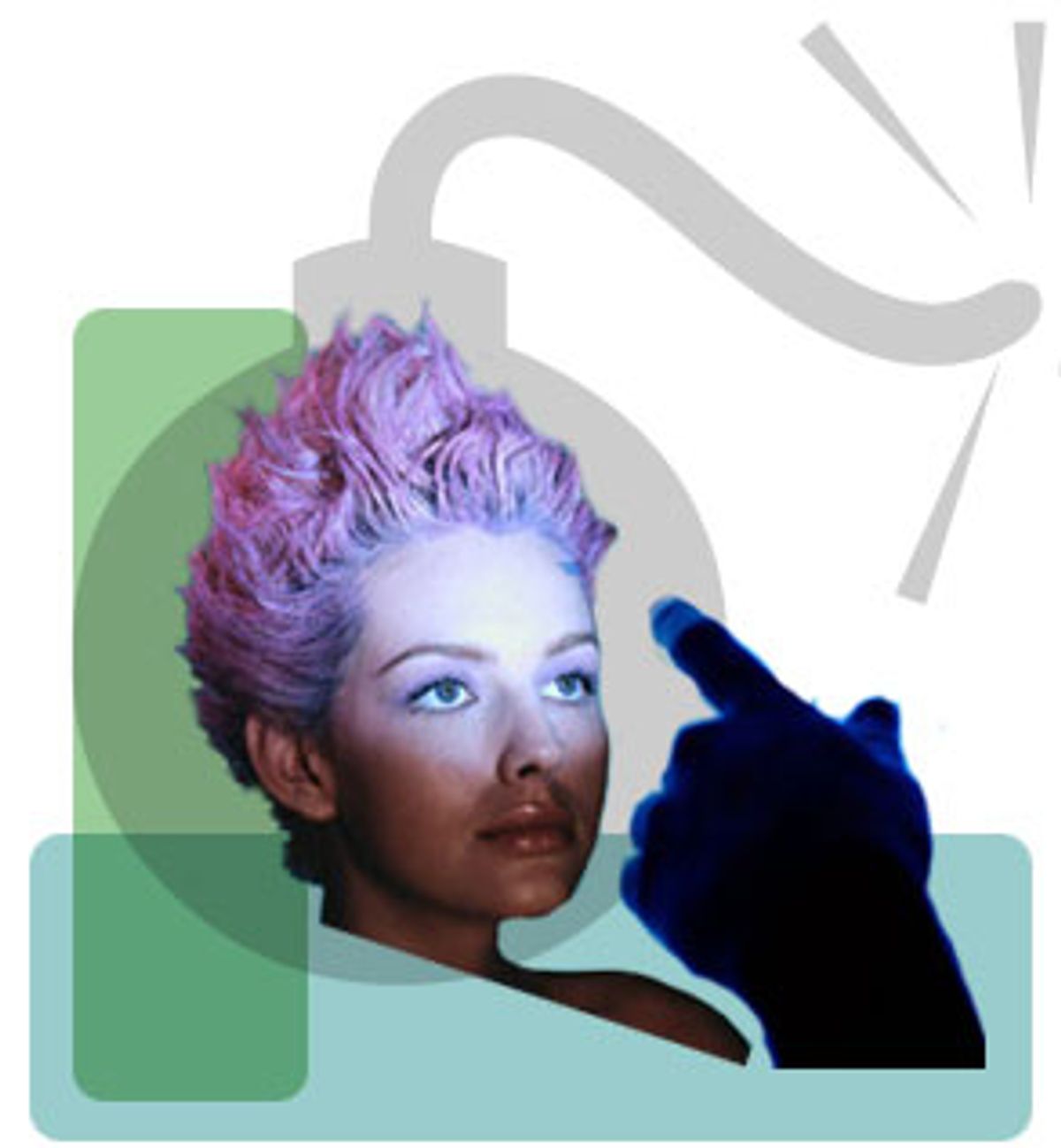 I recently went to Spain with my parents. I'm 32 years old. Sure, I would rather have gone with my husband, but I haven't met him yet. But hey, free trip, can't kvetch (though I do have the nagging worry that my parents have thrown up their hands and simply reallocated the wedding fund to the room and board account).

We toured the Basque Country up north, home to -- among other things -- the new Guggenheim, violent separatists and the most bizarre language on the planet. That's a fact: Basque (Euskera) is a total anomaly, literally unrelated to any other tongue. It's believed to be the oldest European language. That is, Basque was there first, all nestled in the Pyrenees minding its own business, but the languages that most of us are familiar with were the ones with bigger armies.

So my dad and I figured we'd learn Basque before we went. Languages, I'm good at. With fluent Spanish and formal French already locked in, I'd picked up Italian and even Catalan like lint; I can watch "Orfeu Negro" without reading the subtitles. What do all these languages have in common? Well, a lot. There you go.

Dad and I each ordered "Colloquial Basque: A Complete Language Course" from the Internet. I stared at the book on the subway; I did the exercises, biting my lip, and got most of them wrong. I made corrections, and the moment I'd finish, I'd forget everything. With no template in my mind, it was like trying to stick Velcro to particle board. Hopeless.

"Bet Dad can do this," I would think, my inner child pouting.

And Dad knows everything about Spanish. He can peg an accent from Paraguay; he can say "bus" in Mexico, Spain and Cuba (three different words). He once helped a writer friend of mine script a Latina catfight in a novel. (Dad's e-mail: "For sociolinguistic accuracy with colorful expressions one would need to know where the ladies are from. For example, Spaniards -- as opposed to Mexicans -- don't shy away from the jaw-droppingly blasphemous 'Me cago en el coño de la madre de dios,' which I blush to render faithfully as 'I s--t in the c--t of the mother of God.' Top that.")

So I e-mailed my dad, "How's the Basque going?" Reply from the MIT professor emeritus of linguistics: "F---ing language from hell. This is a waste of my time."

We gave up. Our running joke was: "Well, we'll be fine as long as we learn to say, 'I support your cause. Please do not shoot.'" Really, it's just a joke -- I have no idea how to say that. And I'm thankful it didn't come up.

One other thing: I had pink hair. Big fuchsia streaks, the rest orange. My parents hated it. Dad made his opinion clear and backed off. Not so Mom. She tried everything, from the direct order ("I hate your hair. Please change it") to emotional blackmail. Example: I was one of only three single women at my recent 15th high school reunion. "What's wrong with me, Mommy?" I whimpered. "Why I am I still alone?"

"Maybe it's your hair," came the reply.

Now, if there's one thing my dad does not do, it's worry. That's my mom's job. Her worrying is epic, Olympic, encyclopedic. She knows everything: the chemical composition of the pesticide on your grapes, the link between yogurt and breast cancer ("Eat only Stonyfield Farms," she once intoned cryptically), how far away to sit from household appliances that emit hazardous electromagnetic rays. So when I got the following e-mail from my father, I knew I had to pay attention.

"Given the increased volatility after the recent Basque elections, my colleague Karlos thinks that while life-threatening danger is remote, it would be prudent for us (or anybody) to be inconspicuous and not flaunt our status as outsiders -- which, tender subject I know, your present hair color does. Can you squeeze in a dye job to a more mousy or at least less flamboyant color before you leave? Given that we have a responsibility not only to ourselves but also to others, please take this seriously."

Just like that, my pink hair went from impertinent experiment to international security risk.

Yes. My parents planned the entire trip to get me to change my hair. (And it worked. They paid; I dyed. I figured it would really suck to be grounded in Spain.)

But guess what: It turned out that bright pink and red ("Run Lola Run" red) hair are all the rage in the Basque Country. I am not kidding. With my new dull rust tone, I stood out. So it was all for naught, except for the part where I got to make a big display of having graciously obeyed my parents.

Still, it's a slippery slope, because you know where this is going. Next they'll invite me to a beautiful and interesting land where the natives are known to randomly slaughter civilians if all tourists do not quit freelance writing, apply to law school, get married and have children.