Fewer and fewer young white males are playing baseball, football and basketball. Why? You tell me. 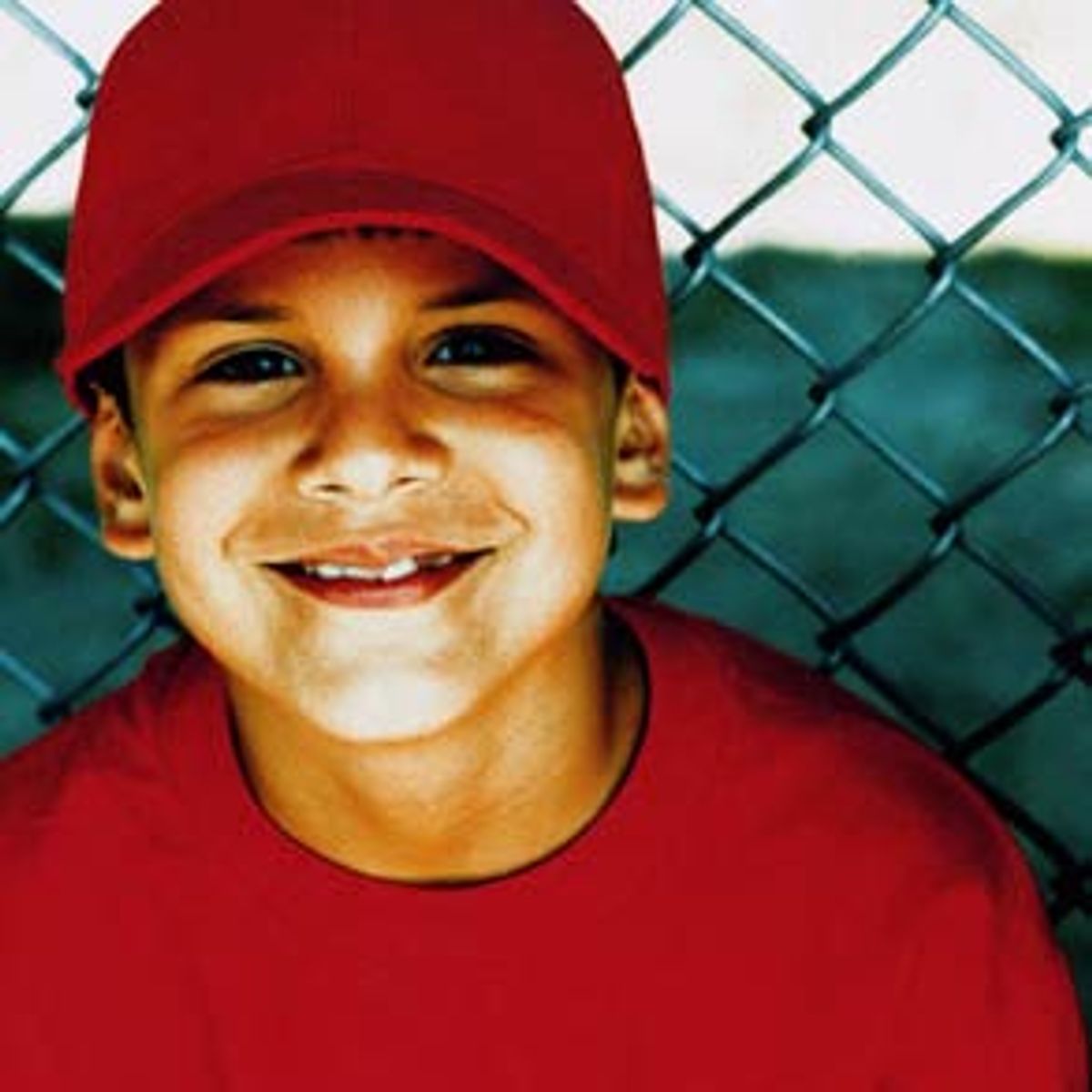 If you're like me, you read every "trend" piece with a jaundiced eye. You know what a "trend" piece is, right? It's an article in which the writer notices that, say, three scary movies in one year make money and quotes are found from critics, sociologists, a celebrity expert (preferably Camille Paglia) and film industry people to support the idea of a "trend" toward scary movies. A year later, there are no more scary movies, the trend having been a fluke in the first place, and no memory of anyone ever having mentioned the idea of a trend.

Trends in sports, real or imagined, should always be approached skeptically since so much depends on statistics that are often shaky even when compiled from otherwise reliable sources. For instance, in the June 15 Wall Street Journal there was a story by Daniel Costello on how kids were dropping out of Little League in record numbers because (read the caption) "America's Pastime 'No Longer Exactly Cool.'"

Costello found some trendy kids who were willing to go on record with quotes like "Baseball is boring" and "It's no longer exactly cool" -- this latter from a 13-year-old in Washington who might not have been the best expert on the subject. (When exactly was baseball ever "exactly cool"? The whole point about baseball is that it's always been too popular to be cool.) But it was conclusions reached from contact with more solid sources that I found dubious.

Here's a key paragraph: "Where have all the boys of summer gone? Busy conquering the latest PlayStation game or just out playing cooler sports, kids are turning away from baseball in record numbers. Nationwide, the average number of children playing America's once-favorite pastime has tumbled nearly 20 percent since 1997, according to the Sporting Goods Manufacturers Association. Sales of everything from balls to baseball cards are falling."

I tried the office for the Sporting Goods Manufacturers Association in Florida and found two people willing to discuss the 20 percent drop figure in children playing baseball. The first one told me, "There are a number of ways to interpret that figure. First, it doesn't take in the enormous number of girls playing fast-pitch, which is booming. Second, it ignores one of the fastest growing trends in sports for young kids: T-ball.

"One of the reasons kids have dropped out of Little Leagues so much is that in recent years so many come in not knowing how to play and they get frustrated and quit. But T-ball is reversing that trend: You've got well over 2 million kids being taught to play by hitting the balls off batting tees and hitting T-balls in coaches-pitch leagues." (A T-ball is the size of a hardball but softer, better suited to, say, 7- and 8-year-olds breaking in.) "I mean both boys and girls. If you include all these kids, you could make a real case that baseball is the fastest growing organized sport among small kids."

Another executive for the SGMA who asked not to be identified gave a telling bit of information: "Our survey took in 15,000 households. I have great faith in the information we gathered, but to be entirely honest I don't think it really reflects Hispanic families as much as it should. I suspect the Latin connection to baseball is stronger than we've been able to suggest." He continued to say that "overall, the future of the game looks bright," an opinion that is exactly the opposite of the impressions in Costello's piece.

As for the drop in sales of equipment and baseball cards, I was told, "Yes, there are many fewer regular baseballs sold, but that has much to do with girls' using softballs and small kids' using T-balls. As for bats, there's an awful lot of sporting goods companies who'd love to go back to wooden bats. Unless they find a way to start breaking aluminum bats with T-balls, business is never going to be the same again."

For the scoop on baseball cards, I called Topps, the world's largest manufacturer of sports cards. I was told by someone who requested anonymity, "Yes, technically, there have been fewer baseball cards sold this year than in the past, but that takes in a lot of reasons. One, the recession hits industries like ours first. Did you see that story in the Wall Street Journal about how Toys 'R' Us and Disney have been hit hard? Well, that's us, though right now we're not experiencing a decline anything like the toy business, probably because our product is so relatively inexpensive."

How far, I asked, has the sale of baseball cards fallen? "Well, overall, sales of baseball cards are down, industry-wise at least. But that's largely because the market was overextended. At least one company (Pacific Cards) folded recently. But as an overall share of the market, baseball cards are as strong as ever." Another executive at the company said, "Don't quote me, but it's basketball cards that have really fallen. Just no new Michael Jordans in terms of popularity."

Further, Costello writes: "Over time, things like rising ticket prices, longer games, and more late-night broadcasts of playoff and World Series games have eaten away at the popularity of pro baseball with youngsters ... in the last five years the number of viewers under 18 watching the World Series has fallen by 30 percent compared with a 20 percent dip for the pro basketball finals and just a 7 percent dip for the Super Bowl."

Well, yes and no. You really can't blame "rising ticket prices" for kids' attitudes since kids don't pay for the tickets, and in any event the price of major league baseball tickets hasn't kept pace with that of other sports and other entertainments. In any event, attendance at major league games has been sensational, and one might well argue that it is currently the only major sport that parents can take kids to see. TV, of course, is another matter. The most important games in the postseason are simply on too late for most young viewers to follow, no matter how many prime-time TV dollars they bring in.

But there is a problem when comparing baseball's lost youth TV audience with that of basketball's and football's. When I talked to a Nielsen Media Research spokesperson I was told, "Basketball's finals are held when the majority of kids are out of school. Many or most could watch if they wanted to. They apparently don't." As for football, "The Super Bowl, it's on much earlier in the day than the average World Series game because prime time begins earlier on Sunday, about 7 o'clock, than on weekdays. Even younger kids could at least watch the first half. But fewer do."

And yet, it's not so much that Costello was wrong about the decline of baseball's popularity among kids as that he missed a larger, more important point. It isn't baseball that is losing popularity among kids, it's all organized sports. Actually, I said that wrong; it isn't "kids," it's mostly young males -- young white males. Black and Hispanic kids are out there in increasing numbers, while girls' participation is doubling every few years.

Check polls from sporting goods manufacturers, Nielsen, the Amateur Athletic Association or anywhere else. No matter how much they differ, they'll back each other up on one point: boys, white boys, are dropping out to fiddle with computer games or skateboards or some other form of self-indulgent entertainment that demands concentration but no discipline. They aren't playing baseball, and they aren't playing basketball or football either, in record numbers, and no statistic showing a slight increase in soccer or the current faddishness of lacrosse can counter that fact.

Why? I have my ideas, but I don't want to be accused of starting a trend. You tell me. I have my explanations, but I'd like to match them up with yours. Write me on this subject at abarra@nac.net and tell me what the boys in your family are doing or not doing that you used to do or didn't do. We'll pick up discussion on this in a couple of weeks.