Gay culture celebrates effeminacy as a social ideal. Why does it ridicule it as a sexual one? 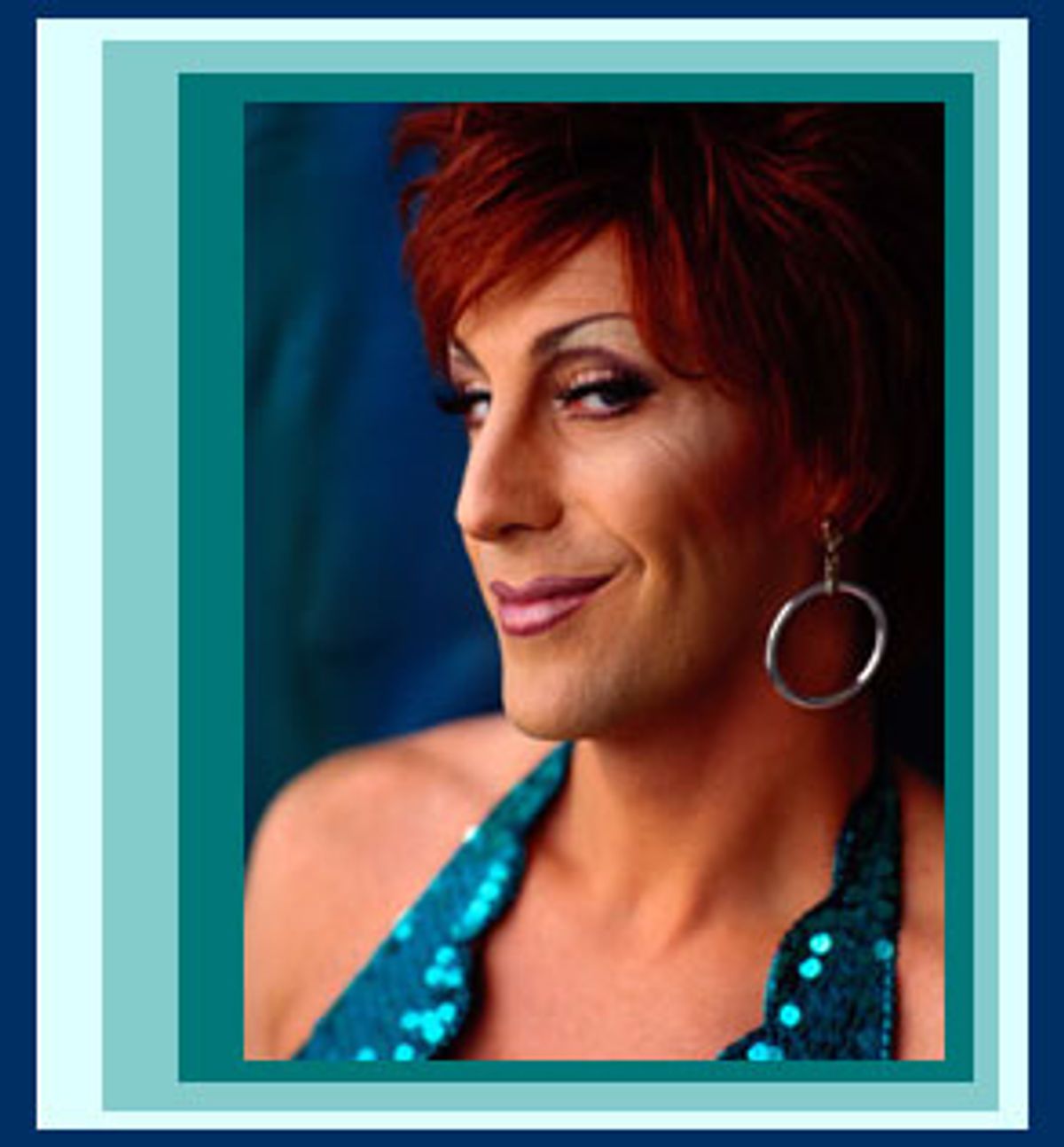 "Effeminate gay man seeking other nelly queens for hot times. If a purse doesn't fall out of your mouth when you speak then keep moving. But if you're effeminate, have more dresses than shirts, and say "girl" every other sentence, then let's hook up. No butch guys please."

It's a pretty safe bet you're not going to see this kind of classified ad in the personals sections of gay newspapers and Web sites.

Even screaming queens don't want to torch their beds with the flames of other queens. And this sets up an interesting contradiction about gay life: The culture that celebrates effeminacy as a social ideal ridicules it as a sexual ideal.

Nobody has a more fascinating take on the subject than Tim Bergling in his new book, "Sissyphobia: Gay Men and Effeminate Behavior." Bergling analyzed the personals section of dozens of gay newspapers across the country. He looked at code words like "straight-acting/straight-looking," "military," "frat boy," "blue jeans and sweatshirt" and counted up all the ads.

"If I wanted a woman I'd be straight" was a typical phrase in the masculine-themed ads. So was "Femmes need not apply."

Then he did the opposite, counting ads that sought an effeminate partner or described the writer as effeminate. The results? Forty percent of all ads were masculine-themed while only 2 percent were feminine-themed. (The rest were neither.)

Of all the questions Bergling raises about "sissyphobia" (and he raises many good ones), the most fascinating is the one he leaves unanswered: Why do so many effeminate men prefer in their partners the very masculinity they've bleached out of themselves?

Effeminate men get hoisted on their own petards. The more they take on effeminate characteristics, the less able they are to attract the kind of guys they want to sleep with. This process of being (or becoming) that which drives away what you're trying to attract is a mating absurdity. Imagine birds trying to attract mates with red and white plumage when the suitors are attracted to yellow and green.

The absurdity brings up a great question. Even though effeminacy is counterproductive to attracting the kind of sexual partners they want, do "nelly" men act that way because they can't help it? In other words, is effeminacy a choice? Few gay men believe they're gay by choice. But what about effeminacy?

Nobody knows what fuels the gay flame, whether it's a function of nature or nurture. Some believe gay guys turn sissy because they're naturally nelly, and some think they do so because they're conforming to a culture that expects it.

If nelliness is natural, then why don't the nelly find the nelly sexually attractive? And if nelliness is learned, then why would you take on characteristics guaranteed to alienate the very people you want to seduce?

I've always maintained that effeminacy is like obesity. Sometimes it's glandular, but mostly it's cultural. There's an undeniable pansy vortex in gay life. You fall into it with baggy jeans and climb out of it with spandex up the crack of your ass.

How else can one explain my ex-boyfriend "Larry"? Closeted when I met him, he was popular, gorgeous, smart and athletic. He was the "be" to everyone's bop. Then he came out. Everybody he hung out with liked to do drag and camp it up. Suddenly, Larry started shaving his legs, wearing tight shorts and calling everyone "girl." He ripened into a fruit before my very eyes.

Larry slid into the pansy vortex and I couldn't do anything about it. I was 400 miles away and saw him maybe every couple of weekends. One day he made me close my eyes and sit at the foot of his bed for a surprise. He pulled out a long black wig and a slinky Bob Mackie knockoff. And that was the end of that.

Was Larry born with the desire to dress like Cher or did he just adapt to a culture that demanded it?

I'm not the only one who has lost boyfriends to the culture's pansy vortex. My friend Gary dated this really cool guy who spoke four languages. He got sucked into the vortex and never came out. Now he lisps in four languages.

On the one hand, there really are guys who come out of the womb complaining about the backlighting. But my feeling is that just as many learn to complain. Either way, nature or nurture, it's a puzzlement that nelly guys don't find other nelly guys sexy.

Why don't we have pornographic magazines and videos showing two hot nelly queens going at it? Is it even grammatically correct to describe "nelly queens" as "hot"?

This is an absurd cruelty that gay culture plays on itself. We encourage effeminacy with one bejeweled, manicured hand but slap it down with the callused, unjeweled other. Few of us want to have sex with guys in dresses. Especially the guys in the dresses.

Many gay men have either heard of or taken the "Straight Acting Guy Quiz" on StraightActing.com. The subtext of the "test" is that the higher you score, the more desirable you'll be.

If effeminate men found other effeminate men attractive, wouldn't there be a Nelly-acting.com? Why don't we have an "Effeminacy Quiz" on which nelly guys could boast about their scores like the butch ones do on StraightActing.com?

It's a shame that even a nelly doesn't equate nelliness with sexiness, because there's something self-negating about taking on characteristics you don't want your partners to have. There are lots of ironies in gay life, but perhaps none greater than this: Sissies are often the biggest sissyphobes of all.