Death of a theater fan

An all-star "The Seagull" in Central Park climaxes with a shooting each night. Last week, there was a body offstage as well. 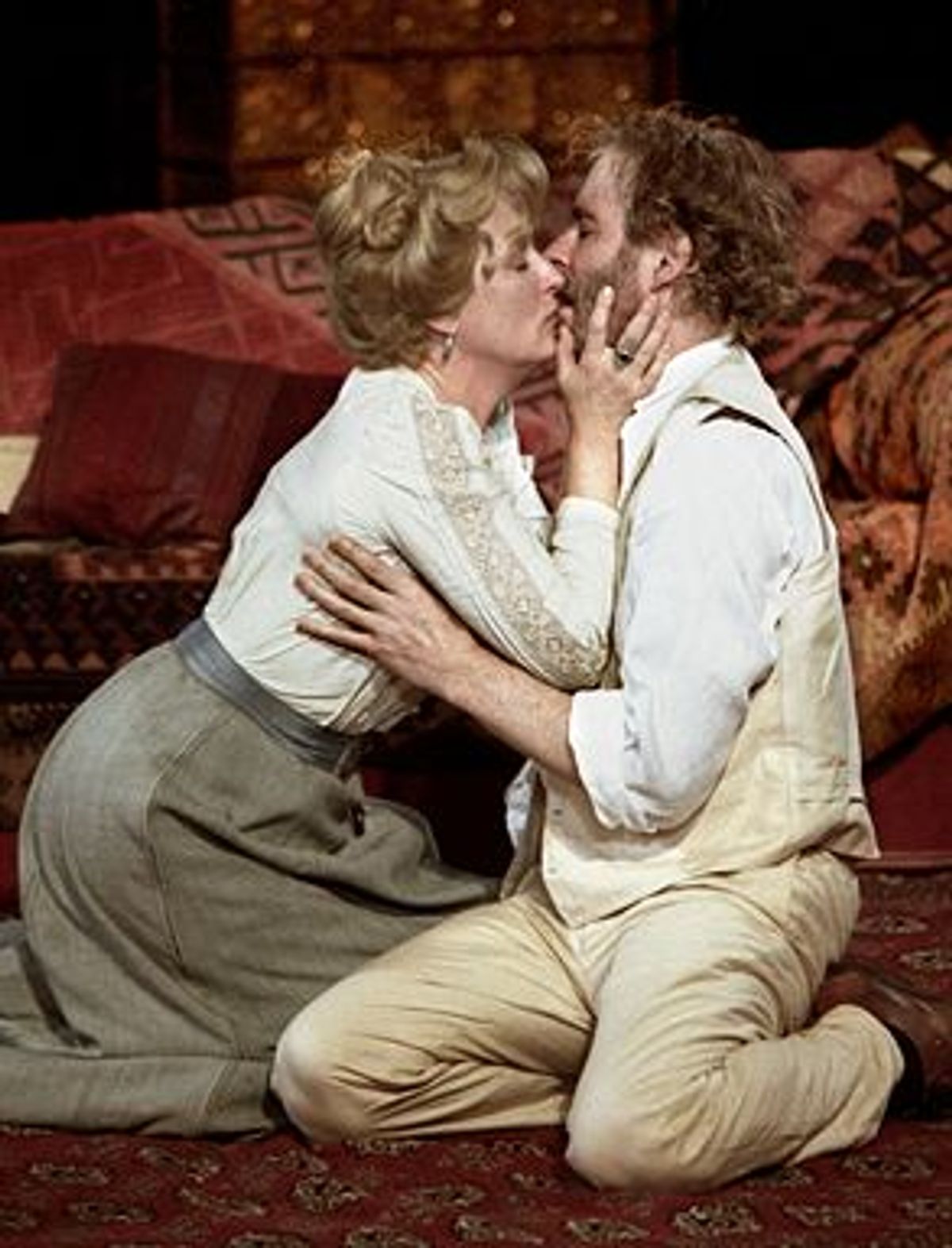 Hoffman is just one of the stars in the show, which has created a small sensation in New York: Meryl Streep plays Arkadina, a famous actress; Kevin Kline is her lover, the writer Trigorin; Hoffman is her son, the aspiring writer Konstantin; Natalie Portman is Konstantin's girlfriend, the young actress Nina. And believe it or not, there are more: Christopher Walken, Marcia Gay Harden, Stephen Spinella, Debra Monk, Larry Pine and John Goodman round out the bunch.

The only thing that could distract patrons from this lineup last Saturday was a line of detectives holding Polaroid photos and asking, "Were you in line last night to get tickets for this evening's performance? If so, may we ask you a few questions?"

Excited murmuring rose among the fireflies. My partner and I hadn't waited overnight: We had arrived at 7 p.m. that evening and scored standby tickets. I had been tipped off by a staffer from the Public Theater, which was presenting the performance, that corporate bigwigs often don't show to pick up their reserved seats on the weekends, preferring the Hamptons to Meryl Streep.

The New York Post reported the incident with the headline, "Body Thickens the Plot on 'Seagull' Ticket Line."

The joke in line that night was that the dead man killed himself because he couldn't get tickets to see "The Seagull."

The police haven't determined whether it's a murder or suicide. Either way, he is the seagull.

It's Mike Nichols' star-studded production of Anton Chekhov's "The Seagull" (subtitled "A Comedy in Four Acts" and billed as a "new version by Tom Stoppard") that has created this outlandish situation: People are camping out overnight in Central Park in order to have a chance at free tickets for a play.

And a play about love and art, at that.

The campers are dedicated not to Chekhov but to the celebrities, of course. It sounds like a dream cast, but unfortunately, it all amounts to a big-shot director letting a bunch of movie stars do whatever they want; sometimes it's fabulous, sometimes it's not.

The play is a generational conflict about art -- the aspiring young artists vs. the older, successful, self-indulgent artists -- and also a story of unrequited love. Medvedenko (Spinella) loves Masha (Harden), who loves Konstantin (Hoffman), who loves Nina (Portman), who loves Trigorin (Kline), whom Konstantin's mother, Arkadina (Streep), also loves. Trigorin is in love only with writing and the idea of romance.

Whew. Chekhov described it as "much conversation about literature, little action, and 180 lbs of love." Konstanin chooses suicide as his escape; I wondered if the body nearby was using the play to make a point.

Meryl Streep fills the outdoor set with her outrageously melodramatic Arkadina, making the audience laugh at her overacting while never slipping into a caricature. She plays it like Greek tragedy, huge gestures filled with real emotion, with a layer of comedic froth on top. Streep has never had real success playing comedy on-screen, and in Arkadina she may have found her perfect role. Her scenes with Kevin Kline are the most successful; it's a delight to watch Streep seduce him, and a voyeuristic delight to watch them rolling around on the carpet, groin to groin. (Though it is sad to realize that in "The French Lieutenant's Woman" they were contemporaries and now he is cast as her "younger" lover.) Kline's Trigorin is a solid portrayal of a waffling man.

Natalie Portman, shrill and self-conscious, isn't up to the job of playing Nina. Portman is pretty and girlish in the early scenes, but when Nina returns two years later -- after her disastrous affair with Trigorin, after losing her child, after acting in the provinces -- Portman seems like a pouty teen instead of an unbalanced woman in despair. Vitaly Vouf, the Russian Chekhov scholar, told me, "It's better for actresses a little older to play the role. In the early scenes they act young with their bodies, upstage, away from the audience. Then in that last scene they show the world on their faces."

Philip Seymour Hoffman's Konstantin is sensitive but too whiny; Walken's Sorin takes weight from the play and practically changes the plot with his characterization. He's very funny, but Sorin is a dying man who feels he wasted his entire life with no avenue for escape. The audience doesn't believe for a minute that Sorin is even ill, let alone dying.

Stephen Spinella is a wonderfully nerdy schoolteacher; Marcia Gay Harden is perfectly amusing and pathetic as Masha, his wife; Debra Monk seems to still be on "NYPD Blue"; Larry Pine is debonair and understated as Dorn; and John Goodman looks like he's having a blast in his small role as Shamrayev.

Bob Crowley's costumes are evocative (Streep looks fabulous), and he lets Central Park be the backdrop to his simple set while Jennifer Tipton lights it expressively.

It's an OK production of a great play; but the real star is the dead body found nearby, giving real life to the words on stage.

Christen Clifford is a writer and actor in New York.