She was hard as nails. She was funny as hell. And she taught me everything I know about beauty. 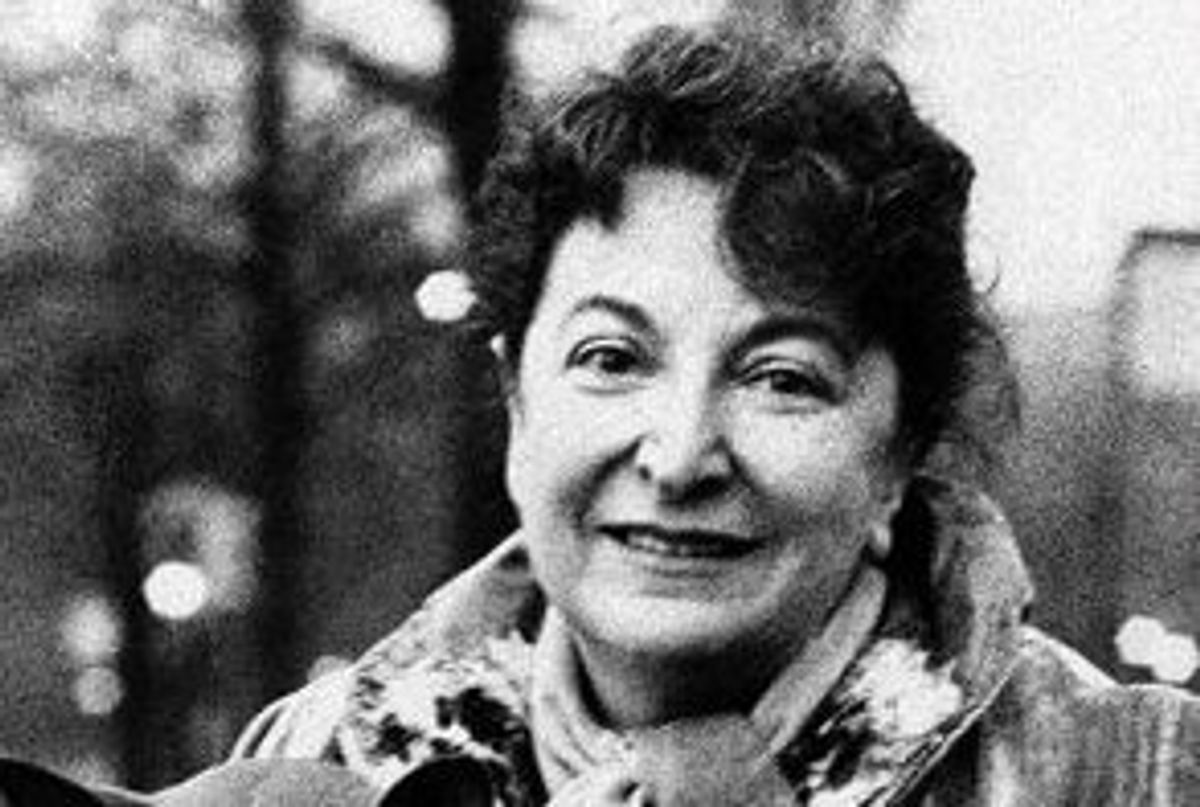 Within the next few days and weeks, there will be plenty of people with plenty to say about Pauline Kael, who made enemies and won lifelong fans with her movie criticism in the New Yorker. She was short; her smarts were formidable. She could take a movie apart in a paragraph the size of a shot glass. She could convince you of a picture's brilliance in a sentence as long as a penknife.

And while personal remembrances of the dead always make me anxious -- too often they turn into excuses for the living to prattle on about themselves -- there's no way to talk about Pauline Kael without explaining what she meant to me: No one on this earth taught me more about beauty. Beauty in the structure of a picture or the book on which it was based, in the gentle curve of a starlet's jawbone, in a comic's rubbery pratfall. She zeroed in on the humanity of Jean Renoir and of Sam Peckinpah. Anyone who ever loved Pauline's work knew that reading, watching and listening were three intertwining pleasures. When I started reading her in the early '70s, at age 12, I had seen barely any of the movies she wrote about, but she described them so vividly that I knew there was a whole world out there, just waiting for me.

Anyone who ever met her knew how intimidating she could be: Her memory was unnervingly sharp until the last. In person, she could be disarmingly candid, but her voice, coquettish and musical and airy as meringue, somehow softened even her sharpest zingers: When Barbra Streisand called Pauline to ask her opinion on a movie she'd recently directed, she pointedly asked about the musical score. Pauline said she didn't much care for it; Streisand told her it had been written by her ex. "I'm glad he's an ex," Pauline said, in that voice like a chiffon sigh, a riff that was strictly off the cuff but felt as if it could have been lifted out of "Funny Girl."

She cultivated an aura of toughness, partly because she couldn't help it (she didn't suffer fools gladly) and partly because to her, being smart was just plain fun -- it never occurred to her that anyone should find it otherwise. Intelligence wasn't a burden; it wasn't even a grand gift. It was a toy to be enjoyed and played with daily.

She was unfailingly honest, in print and in real life. But even before I met her, I never understood how people could call her caustic. Once I knew her, I understood it less. One evening at dinner in Great Barrington, Mass., where she lived, a director whose work she'd never much cared for came up to our table to talk to her. He was suffering from Parkinson's, the disease Pauline lived with for the last 20 years of her life. When he bent down to speak with her, she clutched his hands in hers (they were small, vital and birdlike); she'd recommended a massage therapist to him and she wanted to know how his first session had gone. And she chastised me (rightly) when I told her the story of how I'd once played bulldog journalist to track down a retired '40s film star who should have been left in peace. Movies meant everything to her; kindness meant more.

She was more generous with young, and not so young, writers than anyone I've ever known. She was bounteously generous with me. (I mention this because over the years, I've heard plenty of critics carp that she only cared for writers who were men.)

She loved clothes and knew how to wear them. She was nuts about dogs. She had a thing for Elvis Costello and Jack Teagarden. She adored good food, especially fresh fruits and vegetables. Although she'd stopped drinking for health reasons by the time I knew her, she could always be counted on to knock back a glass of good nonalcoholic beer or champagne. She lived for gossip. She loved a party; she took great pleasure in gathering up people she liked in one room. More often than not, they'd enjoy talking to one another; sometimes they'd become fast friends. Through Pauline, I've met people I will love until my dying day.

She was hard as nails. She was funny as hell. She was all girl. The first time I met her, she watched from her screened-in porch as my husband and I drove up to the house in Great Barrington. The weather was humid, my hair was big -- or at least that's how I recall it. Peering at me from inside the screen door, she exclaimed with delight, "You have Annette O'Toole's hair!" And although I'd never seen it that way, I guess I did. Another time, I confessed to her that I'd been spending too much money on clothes. Instead of taking the motherly approach -- and you could usually count on Pauline not to take the motherly approach -- she told me I should probably go ahead and buy more. "By the time you have the money to buy as many as you want, you may no longer have the body to wear them," she told me in that soft, sensible voice.

At times like that, she was no help at all. Which was probably why I was so nuts about her. She loved physical beauty in people. She loved intelligence more. I owe my career to her, not just because she was a friend and adviser, but because she was the first critic who made me understand what it meant to have a limitless capacity for joy.

My last confession is that I know she'd be appalled if she knew that I cried for her today.

But I know that there are movies that have brought her to tears. And I know that she has wept over pets that have died. So wherever she is -- she couldn't stomach God; she had no truck with religion -- she'll have to allow me that.