Dear Mom and Dad: Thanks for nothing!

The sandman delivers letters from hell. 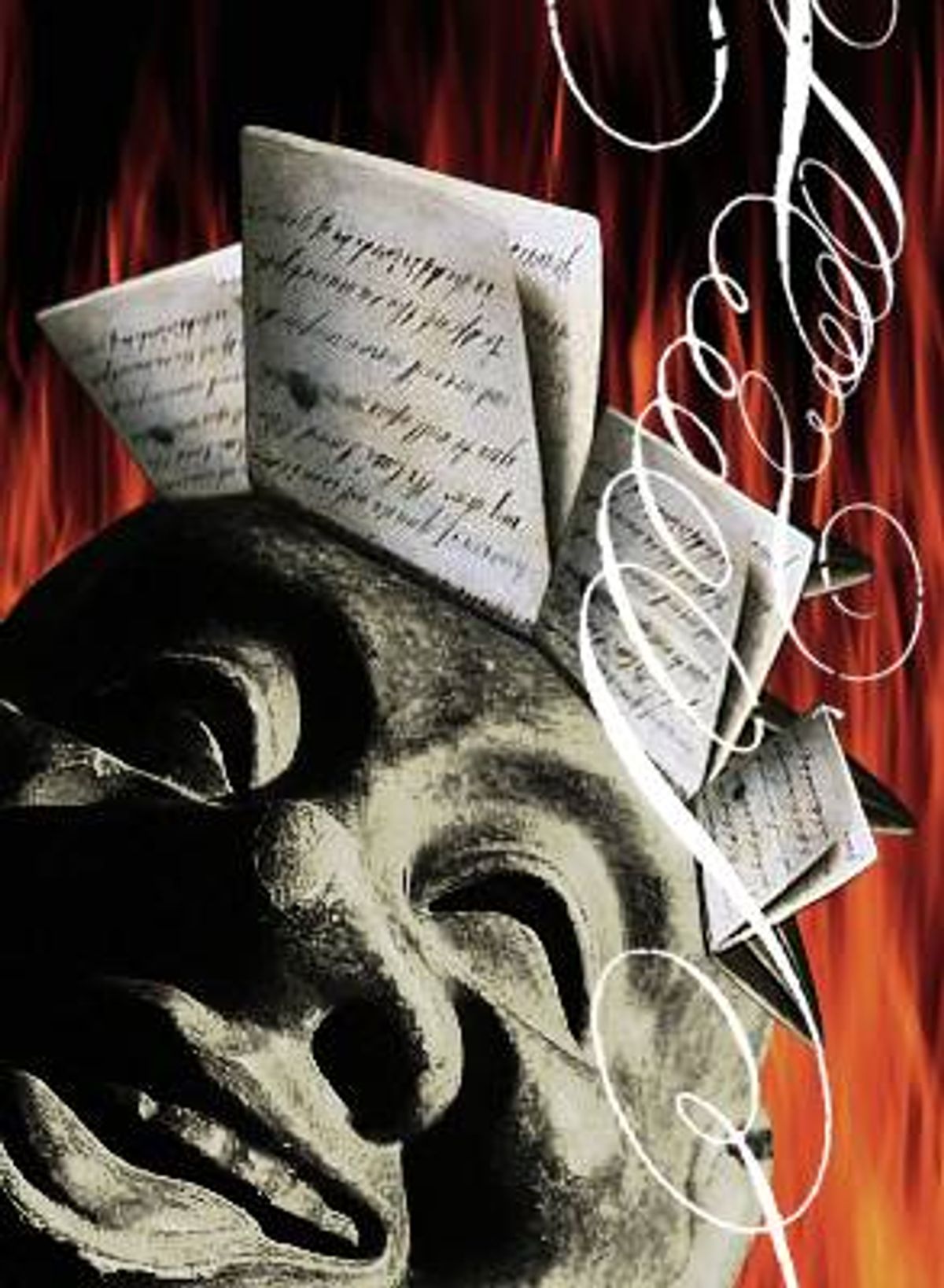 When I am confronted in the dead of night with the fact that my nearly 3-year-old son will someday have to make his own way in the world, I lie awake and review the decisions his mother and I have made in his life thus far, and nightmarish visions of what his future may hold come to me in the form of letters.

We regret to inform you that we can no longer process Sam's issues in our classroom. It is not just that he snorts poster paint and cannot seem to keep his hands out of his pants; he has now begun to intimidate my assistant Miss Mabel, whom he referred to most recently as "a crotchety old bitch who needs to get laid" in front of the entire class. (Miss Mabel has refused to return to work as long as Sam remains in the class.)

Due to this last outburst, coupled with the dyed rat incident and the business about Missy Johnson's deceased dog returning to Satan, we are forced to dismiss Sam from the TWEE kindergarten program.

Unfortunately, your son is too young for wilderness therapy camp. We strongly encourage you to look into house arrest.

Enclosed please find medical bills -- and a rough estimate of emotional damages -- incurred by my client Sal Beckwerth, aka Gumdrops the Clown, as a result of his working a birthday party for your 10-year-old son, Sam. The bills cover the helicopter, the triage and the cost of the police negotiator. Estimated amounts for follow-up psychiatric care and prostheses are included. Pain and suffering in this case are self-explanatory.

We see no need for this to go to trial. Please just take care of the bills and resolve the damages graciously.

The good news is that we have finally solved the string of mysterious blinded squirrel deaths that have plagued the campus and filled the news for the past few weeks. (You no doubt read about the little furry corpses without eyes, each found wearing a meticulously handcrafted little St. Jude's jacket.)

The bad news is that your son, Sam, is the culprit.

Please understand, Trotters, that we at St. Jude's are not easily shocked. When Sam showed up for his first biblical reenactment in a shirt that read "I Am the Man From Nantucket," we barely flinched. His repeated outbursts during Mass, involving hoarded packets of ketchup and false claims of stigmata, have been harder to overlook, as was the "pimping out" (for lack of a better term) of his roommate to other students to do math homework in return for cigarettes. We had hoped that electroshock would help, but he now seems to look forward to it.

This morning when Sam was found mixing dried squirrel eyes into a candy dish of Raisinettes on the commandant's coffee table, he was unwilling to admit to the squirrel massacre and quoted -- verbatim -- the Fifth Amendment to the United States Constitution. An impressive feat for a 13-year-old, but creepy when you think about it. Our FBI profiler now says that Sam can be expected to kill again, and often -- an eventuality that our insurance will not cover.

Your son can be picked up at the academy as soon as you get here. Ask for directions to the brig.

Thanks for the last letter and yes, therapy is going well -- despite a childhood of unrelenting and subversive parental transgressions. Thanks to you, every time I step into a convenience store I feel compelled to steal something. Dr. Rivers says that I am doing it for your attention. He says that if you had given me more love and those horseback riding lessons that I wanted so badly, I wouldn't come out of every corner store with pockets full of candy and corn nuts.

The same goes for the arson thing. Dr. Rivers says that flames represent my anger toward you and that's why I love to see stuff burn. That explains the Macy's fire -- hope you're satisfied.

The ups and downs of life with the Pierce-A-Palooza tour are pretty wild. On the good side, I was finally able to get the roofing nail through my lip. Turns out I was hammering the nail in too steep and it was catching in the hole I use to hang the television set from. Also, my left nipple has healed up nicely since the barbell was ripped from it in the mosh pit a couple of months ago. I was technically on the job; do you think I qualify for Workers Comp?

Six more months and I will be off of probation. Will you buy me a car?

Wisconsin, I think, but maybe Delaware

Wanted to let you know I took your advice and decided to leave the tour. It wasn't just those abscesses on my feet. I'm also starting to think that it will take too long to make my first million in sideshows, especially if I can't walk. Plus, a man reaches an age when stability becomes appealing.

That's why Carla and I (she's the hottie who vomits on command I told you about) have decided to get married. You'd love her. She doesn't even mind that I lost my bottom lip. And she has turned her life around COMPLETELY since doing time for that whole hijacking thing.

So we have both decided to take the path of righteousness and self reliance. Tomorrow we move into the barracks at "Bare Arms," a clothing-optional, anti-government survivalist commune in Idaho. We'll be out of our clothes and off the grid!

Bare Arms
Idaho, but I can't say where

Repent you sorry heathens! I pray for your souls every night. Captain Carl says that people who still find it necessary to cover their bodies with clothing in shame are bound for Hell. He is the father I never had. He really has opened my eyes to so many things (Did you know that Chloë Sevigny is an agent of the Devil?) We are all working hard on the Cap'n Carl Casino Web site while we await the Next Step.

Please take the time to read the pamphlets that I have enclosed. My favorites are Clothing and A Centralized Government and Judgment Day: Will You B Nude? Gotta go. Small firearms seminar in 15 minutes. I will pray for you.

Praise the Captain and Give Him Love!

P.S. Dad, you haven't lived until you have shot an automatic weapon in the nude.

Recently your VISA credit card was used in Barstow, Calif., to purchase 1,400 pounds of fertilizer, 150 cans of Sterno and one Braun Alarm Clock.

If these purchases were in fact made correctly by you then please disregard this letter; otherwise please contact us at the number provided on your bill.

Sorry you can't see past your provincial moral standards and loosen up enough to be my guest at the Adult Film Stars Academy Awards spectacular. It's not every day that your son is nominated for a Woody in two separate categories (Best Supporting Actor and Most Promising New Comer) in the same year.

Did you get those copies of "The Cock Also Rises" that I sent you? I'm the one in the Union Jack Speedo.

You are probably asking yourselves: What is this baby doing on our doorstep in a basket? Meet John Holmes Trotter, your grandson! Sorry I couldn't stick around and chat, but the plastic surgeon had a cancellation and there's a red-eye to Buenos Aires that I want to grab. Please take good care of Johnny -- or at least do a better job than you did with me.

Kevin Trotter studied philosophy at St. Mary's College. His literary heroes are John Cheever and Raymond Carver. Through no fault of his own, he is now a working dad in the field of health-care research.