There was nothing high-tech about this week's suicide attacks. Their terror was psychological, not technological. 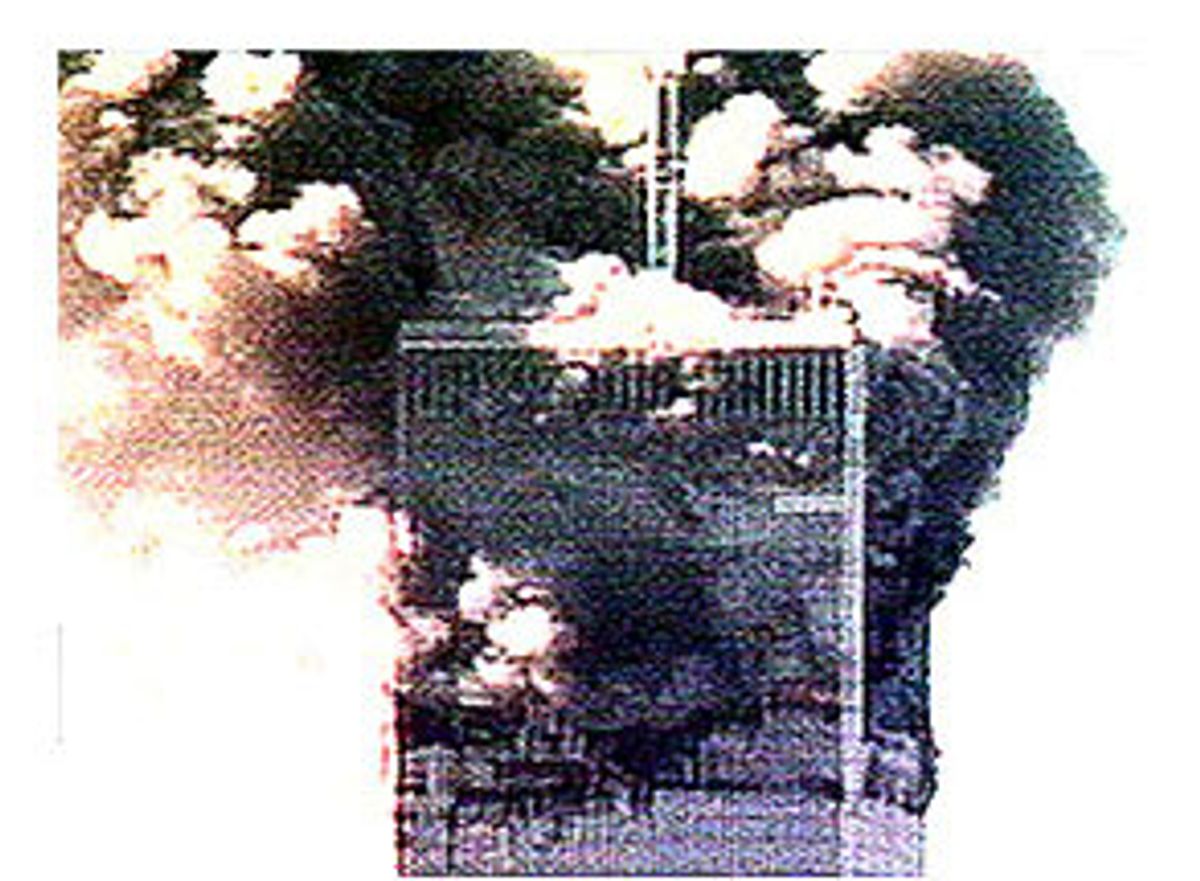 My jaw dropped as I read the words of New York Times columnist Thomas Friedman, describing the "super-empowered angry people" responsible for this week's terror attacks: "What makes them super-empowered... is their genius at using the networked world, the Internet and the very high technology they hate to attack us."

Let's see: Are these the same attackers who used box cutters and plastic knives to carry out their mission? Whose ultimate weapons of choice were commercial jet airliners filled with fuel -- a technology nearly a half-century old?

There was nothing high-tech about Tuesday's attacks, and that is one of the many reasons they were so profoundly unnerving. The first megadisaster of the 21st century wasn't the result of germ-war attack or microexplosive. Even mentioning "high-tech" in the context of this story is bizarre -- and one reflection of the confusion and muddled thinking that continues to characterize the dialogue in the U.S. about this "new terrorism."

Perhaps the terrorists used the Internet to communicate -- so far, there's no hard information. Maybe they used cellphones. So what? They could have used cups connected with strings. If they were determined enough, they could have plotted and carried out Tuesday's attacks even if the Internet never existed.

What ultimately matters isn't how these conspirators communicated but what they were prepared to do. The single most important fact about them is not technological but psychological, and it is something Americans continue to be in deep denial about: These people were willing, even eager, to die. That -- not any trouble monitoring their e-mail -- is what blindsided us, and that's something the United States is simply ill-prepared to face.

According to the most recent information, three to six men boarded each of four airliners on Tuesday to execute their vicious plan. That means a minimum of 12 to 24 people accepted, with what we can only imagine was alacrity, their own certain death as part of their plot. None of our airline safety plans and hijacking scenarios imagined such a ghastly possibility.

This sacrificial passion is what every American policymaker and security expert and law enforcement official must now come to grips with. All our policies and strategies assume that any threats we face come from either lone madmen or organized groups of calculating fanatics. What we should now begin to fathom is that we face, in effect, organized groups of madmen. How do we defend ourselves against that? I don't know, but it's what our leaders better start thinking about.

We may not yet know the terrorists' precise names or nations of origin, but if they are Islamic true believers, as all signs now point, we do know something about their beliefs. We know that their version of Islam is one that, cruelly and deceptively, takes uneducated young men and promises them a glorious afterlife if they are willing to destroy their lives today. Apparently, according to some accounts, there are even voluptuous handmaidens in this martyrs' paradise. (The reports filtering back to this planet are a little sketchy, but that detail seems to surface in every one.)

Americans, understandably, have a hard time getting their heads around this. We are a nation built on Enlightenment values, on faith in reason and on inexorable material progress. Our corporations promise we'll be waited on by voluptuous handmaidens if we buy the right brand of car, but our religions are more circumspect and abstract about the rewards the next life could bring. And when we wage war, even though we have sometimes been callous with the lives of enemy civilians or bystanders, we prize the lives of our own fighters. "Dulce et decorum est pro patria mori" ("It is sweet and fitting to die for the fatherland") may be a Western phrase dating back to Horace, but it's more of an after-the-fact consolation than a recruiting tool. We have never embraced suicide as a strategy.

So before we unleash the kind of conventional war that Washington is beginning to talk about, before we lash out in understandable rage, let's pause to look ahead. What's the smartest way to preserve our lives and freedom in the face of attackers who don't care about their own? That's the yardstick we need to apply from now on to every proposed new airline regulation, every diplomatic maneuver or economic sanction, every possible bombing or invasion.

President Bush keeps saying the attacks were an act of war, leaving the nation to wonder: Who is the enemy? We know that our foes do not care about such niceties of international law as "acts of war." And we know that our enemies are killing themselves and will no doubt keep killing themselves if they know they can keep hurting us. The more casualties that result from our superpower fury, the bombing raids and invasions now being weighed in councils of state, the happier they will be, because our fury will swell their ranks and fuel their rhetoric of martyrdom.

The real enemy is unreason. And our most important task in coming days, as we pursue the inevitable and justified retaliation, is to make sure that the enemy does not become us. Sacrificing our own reason in the face of a mad enemy is just another way to give up.