Fox unleashes "Who Wants to Be a Princess?" as "Undeclared" sprouts from the dung heap of the new season. 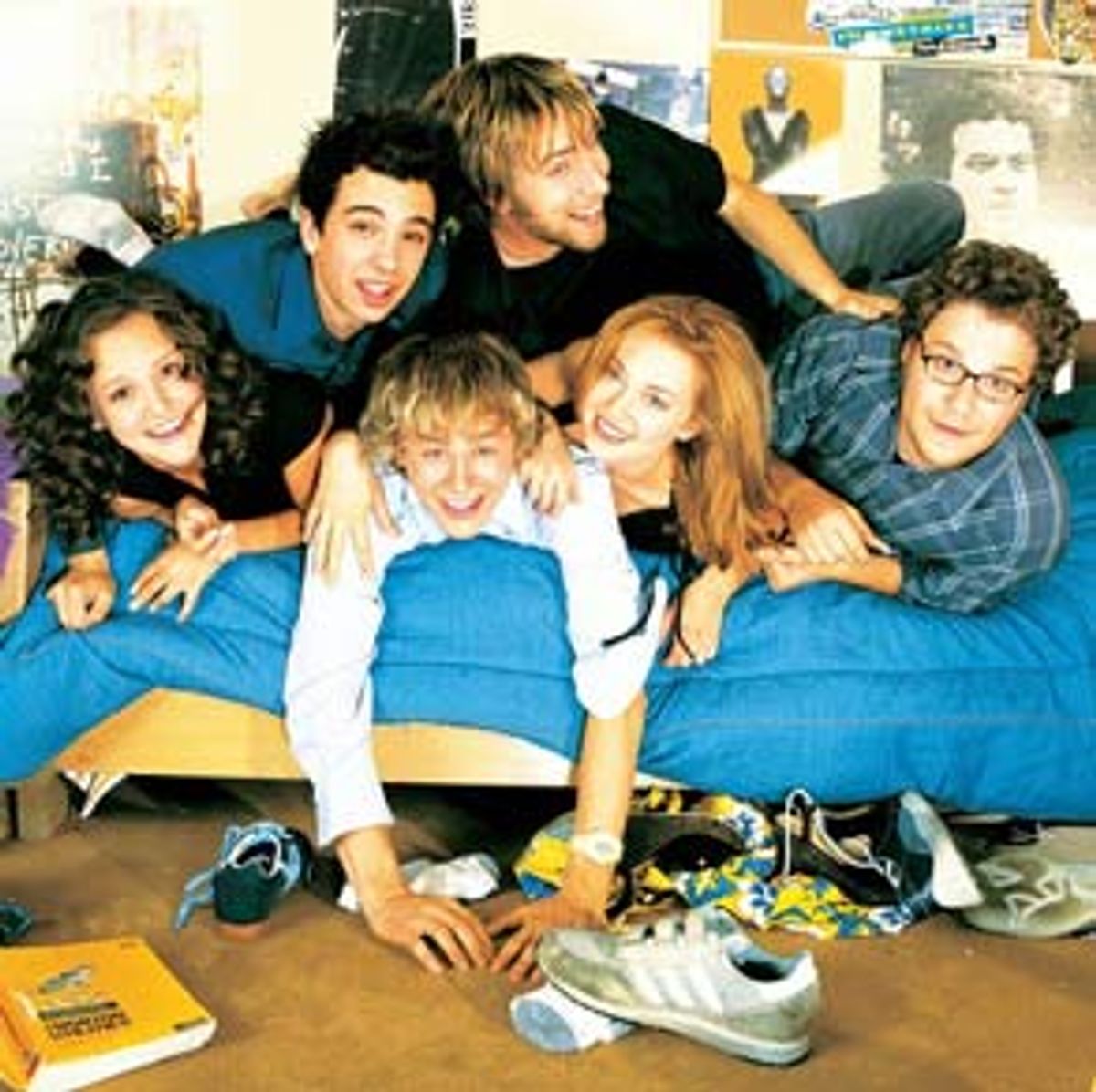 Following the rousing success of last year's "Who Wants to Marry a Multimillionaire?" Fox is back with another hour of pimping pageantry called "Who Wants to Be a Princess?"

According to the network's official Web site, "one woman's fairytale fantasy becomes a reality when 30 ypung [sic] women from across the United States vie for the favor of a dashing young Eurpoean [sic] prince on the two-hour original special."

And it is special to watch yet another sad string of shapely yokels display their bottomless ignorance and rock-hard abs for a shadowy stranger quietly judging them from the privacy of his isolation booth. The iniquity does not seem to disturb the contestants, as they dutifully answer the questions that will (hopefully!!) prove them worthy of the honor of going on a date with his "royal" lowness. Say, girls, what item would you slip into the prince's luggage if he were going out of town on "royal business"? What song would you have play upon entering the "royal palace"? What would you do if the prince's friends turned out to be a "royal" pain in the ass? Oh, and where's the most interesting place you've ever "shared an erotic moment"? Come on. Even Princess Diana had to answer that one.

To be fair, the show does have its life-affirming moments. As one finalist breaks into tears while telling the mystery man how much she would cherish the opportunity to get to know him better ("better" as in "at all") my sister remarks, "I love this show. It makes me realize how nice it is not to be them."

It's also nice to see that in the aftermath of a national tragedy, some people are finding the strength to go on with their lives. After all, if we can't fly to Vegas, spend two hours mewling and stripping and "gyrantin" for the gnomish scion of a nonexistent kingdom in order to be whisked away in a Rolls while doing the "royal wave," they've won.

From the mound of waste that is Fox's reality programming ("Love Cruise: The Maiden Voyage" is next) sprouts the tender seedling of Judd Apatow's new half-hour comedy about college life, "Undeclared."

Set in the fictional University of North Eastern California, "Undeclared" follows a nerdy freshman named Steven Karp (Jay Baruchel), fresh off a 7-inch growth spurt and sporting a haircut that makes him look, as Dad Hal (Loudon Wainwright III) proudly notes, "like one of the Backstreet Boys," as he attempts to pass for someone cool on his first day of college.

Gawky in an awful new zebra-striped shirt, Steven is teetering on the tightrope between uncool and cool, fully aware that where he falls will depend largely on other people. His face is the perfect instrument for registering the symphony of anxiety and elation that is freshman year. The sense of relief he experiences when his dorm mates -- after perhaps a moment's hesitation -- decide that he's OK, is quiet but palpable. (In fact, one of the best moments of the show comes when his suave, impossibly beautiful British roommate, Lloyd, tells him gently, "That's a nice shirt," and then suggests he "throw on a jacket" before inviting any girls to their party because it's getting cold.)

Mercifully devoid of laugh track, "Undeclared" unfolds at a pace that can only be defined as leisurely, never resorting to the familiar bludgeoning of setups and punches. The wait pays off every time. In fact, what makes "Undeclared" so refreshingly unfamiliar is how surprisingly familiar it is. It looks more like life than like TV.

The world of "Undeclared" is no teen universe isolated from the adult world. On Steven's first night at school, his dad shows up at a party to announce that Mom wants a divorce. Horrified, Steven asks him to leave, then pulls himself together and asks patiently, "OK, Dad. Why do you think mom feels dead inside?"

It makes me feel so alive.