There's prayer, and then there's the wife and money trouble and Billy Graham. 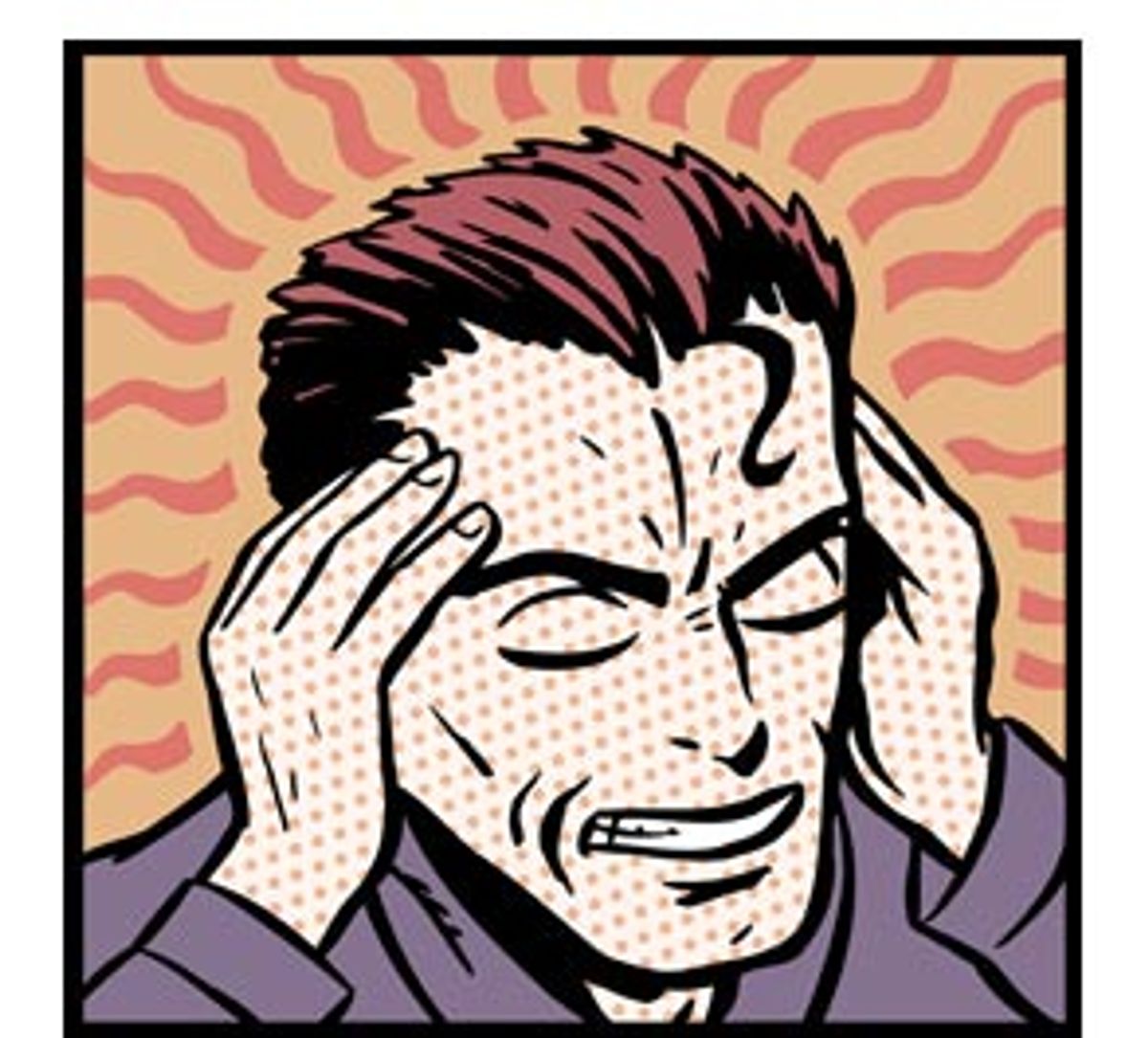 Naturally I am writing about God and peacemaking while clueless how to live at peace with the ones I love. It came to a head the other night -- I was knocking on the ceiling in the dark to chase off a possum in the attic. I reared up on the middle of the bed for better balance, and drove my fist straight through an overhead light fixture, glass raining everywhere. No one was cut, and no one said a word while I stood frozen in this militant disgrace. So we settled in to pluck shards from the bedspread, an almost lovely interlude of tactile self-preservation, and my wife didn't criticize.

But neither could she sleep, and then some fragile anxiety was ventured about money, and how she couldn't budget if there was nothing coming in. She was asking for reassurances, but I felt attacked, a loser both at money and at love; like G.B. Shaw, who could "sympathize with anything but suffering," I am perfectly capable of listening with compassion to anyone who doesn't require it. I raised my voice to be heard, she threatened to leave the room, I demanded she leave the room -- which is how we wound up barely talking until bedtime the next night. And I hope that God's triumph has been awaiting this human collapse.

In the morning, I sat a long time praying to learn how to love. This with the candles from the previous night's memorial vigil still spread out across the porch. But my first well-intentioned thought had been for my wife to pray -- she being the one who'd felt aggrieved. As a point of genuine curiosity, has anyone ever inspired others to pray by pointing out their failure to pray? I've been glad this week to live in a nation that doesn't do that, much. I've been glad to attend a church whose pastor says he feels humbled as a believer by the humility of nonbelievers -- by their compassionate art of listening to one another.

At a family party Saturday, one of my wife's relatives said her son, the minister, had phoned to ask for her suggestions as he prepared his Sunday sermon -- as it happens, I am surrounded more and more by people who "pray for the nation" even when the nation isn't at war, who pray for God's hand to be with Our President and who take for granted that prayer "works." I've been changed enough by prayers of my own to have learned to pay attention after praying. So I did, and felt seriously incriminated when this aunt who knew nothing of my screw-ups at home took my arm to make the trembling announcement that she made to her son the minister: It's a good time to treat your loved ones with respect. I felt incriminated not just by how often I'm wrong, but by the fact that I was middle-aged myself before I started to see a bunch of gray-headed fundamentalists as messengers and angels.

It's funny how humility comes and goes. On the National Day of Prayer, one friend told me he was relieved to hear that Billy Graham didn't have an answer for the riddle of evil -- now my friend didn't feel so alone. And feeling very wise, feeling better about myself by the minute, I corrected both my friend and the Rev. Graham. It's all in the Bible, the fall of man. We all chose this separation from each other. I made it to church thinking I was going to be vindicated on this cosmic point.

There we stood, holding hands and praying for the orphans in New York, bellowing prayers for our leaders to know God's wisdom, for soldiers to remember whose might alone is real, for enemies to know real love and direction, for ourselves to see our wrongs. Father, we just ask that you would let them know your comfort, that you would come in glory, that in suffering they would come to know you, who work through our brokenness.

We were referred to a verse in Chronicles about wickedness purged from the land (which we all initially took to mean someone else's wickedness), and we were led to the Book of Job, from which our pastor, like Billy Graham, like my friend -- like Job for that matter -- concludes that God does not answer in this life the riddle of evil. But that we all could make our friends feel less alone by not clubbing them with Answers.

At the end of the service, the pastor's wife told us we could sign up for marathon prayers over the coming week -- each congregant to fill the gap for America in one-hour slots. Her only suggestion was that we go to God not assuming that we know what he'll say.

Alan Rifkin has written for a distressing number of magazines no longer in existence -- Buzz, LA Style, Equator, The Quarterly -- as well as LA Weekly, Details, Premiere and the Los Angeles Times Magazine.