Tears of a Chihuahua

The single most miserable Chihuahua on the face of the planet. 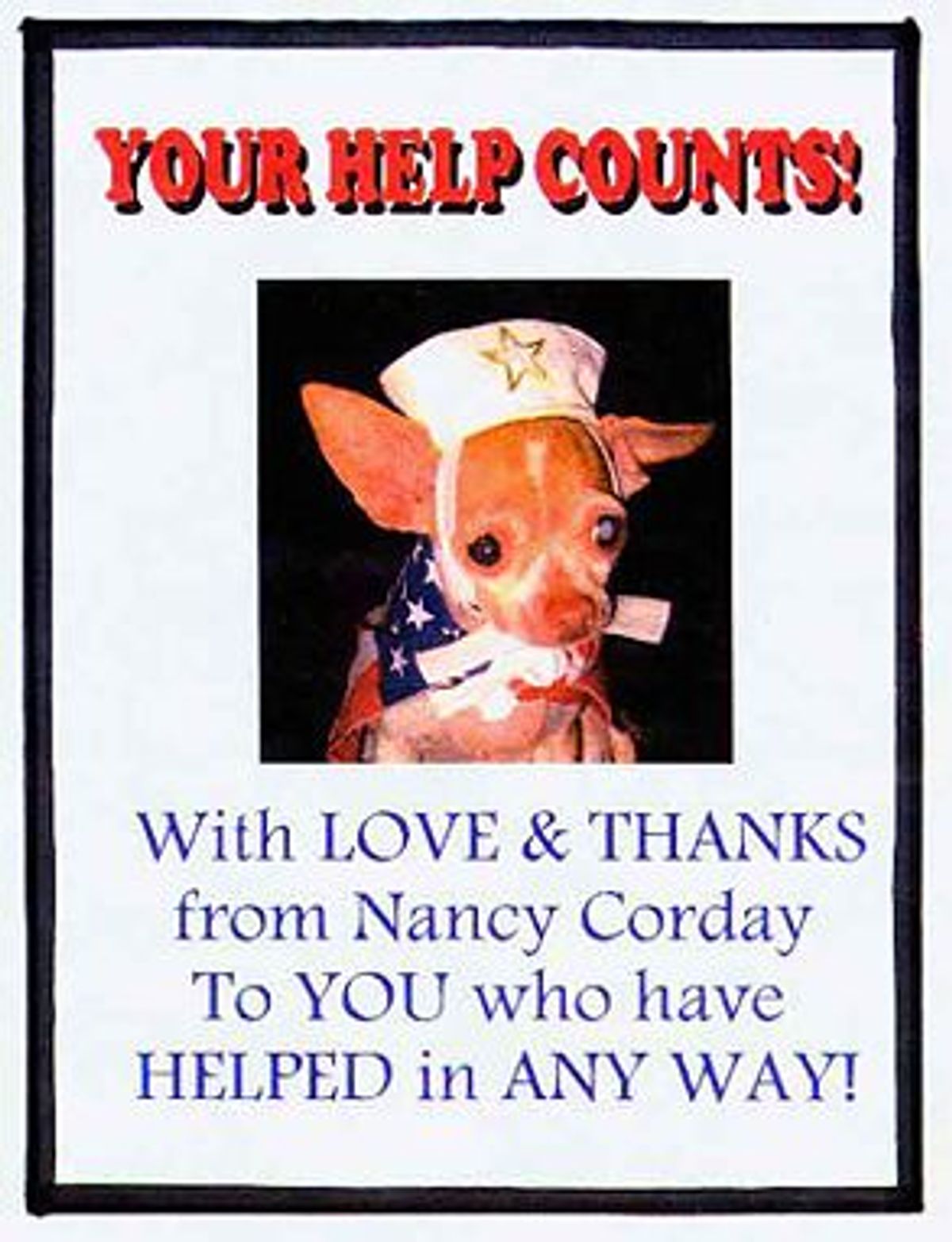 In the days after the terrorist attacks of Sept. 11, missing person fliers began to appear on walls, utility poles and phone booths all over New York. Amid the faces of the lost appeared a strange visage that caused more than one passerby to do a doubletake; not a person at all, but a Chihuahua, the single most miserable Chihuahua on the face of the planet, by the looks of him.