The name of the new Cabinet-level agency sounds old-fashioned and cozy, promising to bring back the life we fear we lost, but it also evokes less comforting images. 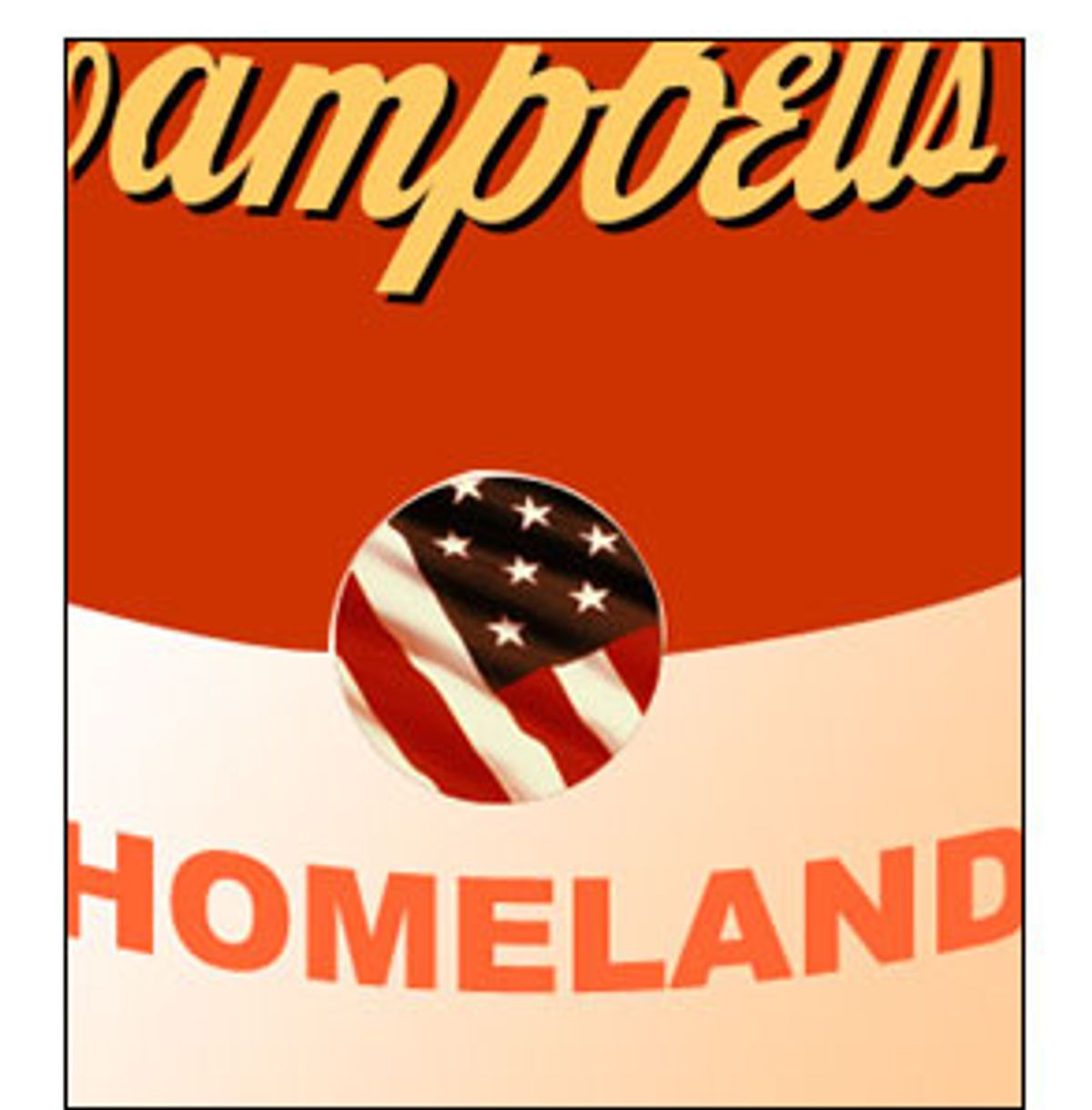 In the war of words launched since Sept. 11, there have been a few bloopers: first, President George W. Bush's use of the word "crusade" was too much like the Crusades against the Muslims, forcing Secretary of State Colin Powell to go on camera and blue pencil in the word "campaign." Then the name of the campaign, "Operation Infinite Justice," was dropped because of Muslim objections -- only God can grant the infinite. (The new branding of the war against terrorism, "Operation Enduring Freedom," could eventually sag under its own confusing weight: does enduring mean "lasting" or "tolerating"?)

But the Office of Homeland Security, the name of the new Cabinet-level agency to be headed by Pennsylvania Gov. Tom Ridge -- and a name we'll be hearing for years to come -- seems to have caught on overnight. Indeed, the conservative magazine Insight casually refers to homeland security as if it were the common parlance for defending our country; a New York Times op-ed headline last week read simply, "How to Protect the Homeland."

Nevertheless, for some people "homeland" creates a small disturbance in the air, resonating with something not quite American. "I have to inform you," a friend joked to me with a straight face, "that I'm now working with the Office of Homeland Security, and we have reports that you're not hanging your flag high enough."

Upon first hearing "homeland security," my association was Germany circa 1914 or 1939. But, no, Germany's longtime nickname is, of course, the Fatherland. Ah, Russia, I thought, homeland is Russian or Soviet -- but, no, Russia to its citizens is the Motherland, as are many other countries to their people. (Though not to us. Until now at least, our patriotic moniker has been nothing so familial, just a solemnly spoken "America" or a WWF-like "U.S.A.! U.S.A.!")

The oddness of the word may instead come from dim memories of the kinds of places that actually have been called homelands. When South Africa's Apartheid government wanted black tribal groups out of the way, it drew some lines in the bush, moved people in, and told them that those territories were now their "homeland." The other common use of the word, ironically, considering the circumstances, is "the Palestinian homeland."

While the word homeland itself is on the ancient side, "homeland security" has been used in our homeland only since the late '90s and primarily in military circles. Mark DeMier, editor-in-chief of the Journal of Homeland Security, believes the phrase first appeared in a 1997 report by the National Defense Panel. One member of that panel says, "If I had to think of anyone who really put that phrase together it was [another panel member] Richard Armitage," now the deputy secretary of state and onetime Reagan nuclear brinksman. (A spokeswoman for Armitage says, "he doesn't feel comfortable taking responsibility for coining the term, that it was a joint effort.") Homeland Security quickly entered the lexicon of subsequent commissions, like the U.S. Commission on National Security, headed by former Sens. Gary Hart and Warren Rudman, who, in February, called for a National Homeland Security Agency.

So in some ways the name of the new agency, which is charged with coordinating FBI, CIA and myriad other bureaucracies to better defend against terrorism, is simply an example of verbal preparedness: "Homeland" was standing by, willing and ready for duty. An obvious alternative, like the Office of National Security, is too close to the National Security Council. But why not, say, an Office of Domestic Security, or an Anti-Terrorism Intragovernmental Office (ATIGO), or something equally governmentally bland?

Maybe because if at worst "homeland" sounds a bit totalitarian, at best it sounds like a new line of Campbell's soups. Maybe Bush and his advisors decided to go with homeland because they were deaf to the word's negative, historical associations but all ears to the media successes of homeland's first cousin: Heartland.

"Heartland" appeared in so many headlines and network TV slogans during coverage of the Oklahoma City bombing -- like Fox TV's "Terror in the Heartland" -- that The Heartland virtually became the nation's new name. That heart began beating regularly back in the Reagan years, silently in the Gipper's "Morning in America" reelection ad and all the gauzy beer commercials, and spoken outright in Chevrolet's "Heartbeat of America" campaign (where heartbeat acted as oblique dig at the "heartless" Japanese automakers). The commercial heart is infinite: Just this August, Bush (a deliberate sprinkler of hearts in his rhetoric) actually gave his month-long vacation a slogan: "The Home to the Heartland Tour." That not so subtly drove home the point that he was relieved as hell to get out of Washington and other phony places East.

Since New York City, at least prior to Sept. 11, was as far psychically from the Heartland as you could get, and since an "Office of Heartland Security" would be too cartoonish even for a "Wanted: Dead or Alive"-poster president, Homeland was the next best thing.

During this crisis and especially during his speech to Congress, Bush has produced thoughtful and balanced words, about the war not being with Arabs or Islam, about patience and doing conventional justice. But words like "homeland," "crusade," and "infinite justice" reveal impulses of his administration that make more than just Muslims nervous. What ultimately is being defended is indeed a way of life, one that likes things packaged in familiar bows and ties, especially at a time when so much is suddenly unfamiliar. Like "heartland," "homeland" sounds old-fashioned and cozy, promising to one day bring back the life we fear we lost just weeks ago. Homeland evokes images of us huddling in front of a hearth in a house on the prairie, the consonants of the last syllable even sketching (well, they do for me) the sense of a barrier that others mustn't ever cross.

That commercial fantasy of America is also threatened by this crisis, and "homeland security," like any good ad copy, does its best to bring it back. This time the problem isn't that Bush garbles his words; it's that some of his words oversell what the nation is capable of. As we enter this battle, perhaps it's useful to remember that "campaigns" exist only in three areas of life: politics, war and advertising.

Leslie Savan, author of “Slam Dunks and No-Brainers: Pop Language in Your Life, the Media, and, Like…Whatever,” blogs for The Nation.