Cybersquatting among the ruins

Before the second tower collapsed, the domain name land grab was already underway: From wtccollapse.com to nukeafghanistan.net. 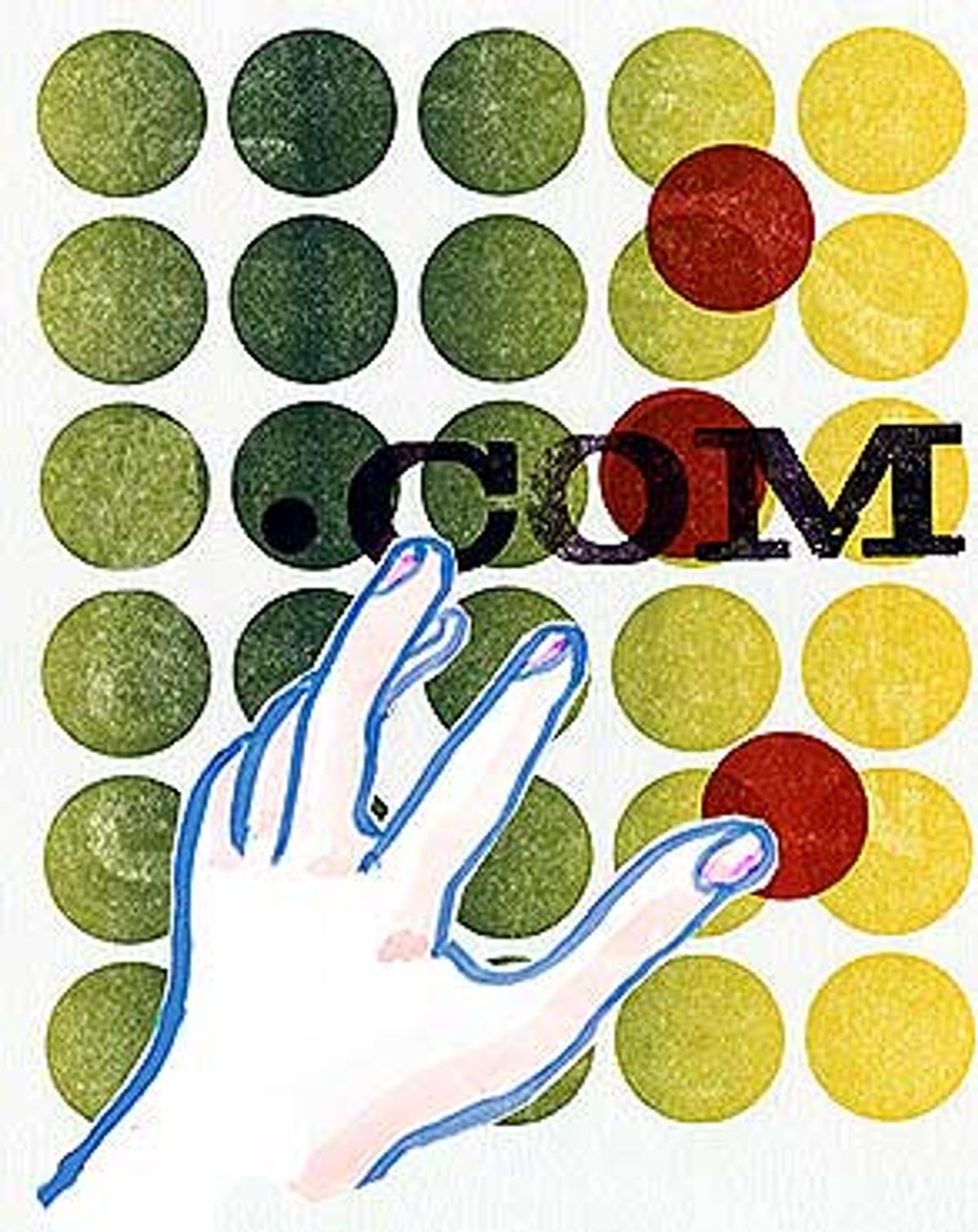 On Tuesday morning, Sept. 11, while the twin towers of the World Trade Center crumbled and hijacked jetliners hurtled into the Pentagon and rural Pennsylvania, Americans were stricken by shock, anger, grief and grim fascination. Glued to televisions, radios and Internet news sites, many of us were uncertain of what was happening or how we should react. But scores of people around the world reacted decisively to the terrorist attacks, in a peculiar and eerily detached way: They registered Internet domain names commemorating the disaster.

Within moments after the first hijacked plane careered into the World Trade Center's south tower at 8:45 a.m., even as New York firefighters rushed up the stairwells, quick-thinking Net-savvy citizens pointed their browsers to the Web sites of Internet domain name registrars. Jim Burke, of Southington, Conn., was one of the first to react in this way. While learning new Unix commands online, he heard a report that a plane had crashed into the World Trade Center. Without knowing whether the report was true, and almost as a reflex action, he decided to register an appropriate domain name.

"I knew that if I was going to do anything, I was going to have to act fast," Burke says. He wasn't quite fast enough to register his first choice, worldtradecentercrash.com, which had already been taken moments earlier. Instead, he registered the domain name wtccrash.com. The second hijacked plane had not yet struck the south tower.

Over the course of the morning, as new developments were reported, registrants snapped up hundreds of new names, all variations on the same grim themes. The names wtccrash.net and wtccrash.org went quickly, followed by wordier versions like wtcplanecrash.com and tradecentercrash.com. After United Airlines Flight 175 crashed into the south tower at 9:03 a.m., plural replaced singular and worldtradecentercrashes.com and wtccrashes.com (nabbed by a registrant in Switzerland) were claimed. When the Pentagon was hit at 9:43 a.m., domain registrars faced a rush on names like pentagonattack.com, pentagondisaster.com and pentagoncrash.com. And then, back in New York, the towers began to fall.

A Canadian registered wtctowercollapse.com, presumably in the 23 minutes between the collapse of the south and north towers of the World Trade Center. Once both towers fell, a flurry of domain name registration burst across the Internet, mimicking, in its own way, the blizzard of dust and smoke surging through lower Manhattan. Registrants pounced on the names tradetowerscollapse.com, twintowerscollapse.com, wtccollapse.com, wtccollapse.net (registered in Korea), wtccrumbles.com and dozens of variants specifically describing the horrific events of the day, along with more broadly descriptive names like wtcsaga.com (registered in Hungary), wtcstory.com, nycdisaster.com and wtctragedy.com.

Once the airlines confirmed the flight numbers of the hijacked planes in the late morning, a slew of names immortalizing the doomed flights came into being.

Preexisting actual sites such as terrorism.com, the home page of the Terrorism Research Center, and afghanradio.com took on new relevance, while taleban.com, registered to the Taleban Mission to the United Nations, was quickly hacked.

Later in the day, the Bush administration named Osama bin Laden as a prime suspect in the attacks. Suddenly, this terrorist leader displaced Pamela Anderson as a popular Internet search term, and a new cluster of domain name registrants tried to seize the remaining unregistered cognates of the name. (Unlike the actual person, the now highly desirable osamabinladen.com was nabbed in 2000, as was the alternate spelling usamabinladen.com, registered to a possibly fictitious Usama bin Cocksucker in Helltown, Penn.) But the final, largest wave of disaster-related domain registrations began when registrants ceased to describe and began to opine.

What can one make of this scramble for domain name turf following one of the greatest disasters in United States history? One conclusion is that the Web has allowed us to react to disaster in a way that is brand new and highly individualized (although still fundamentally public). No analog to domain name registration was available to those who experienced calamities in the past. Today, anyone can go online and instantly claim as his or her own a piece of Internet real estate accessible, at least in theory, to hundreds of millions of people worldwide. And hundreds if not thousands of people took this route in response to the attacks -- for reasons good, bad and ugly.

Another clear lesson is that if terrorists intend to cripple the spirit of American capitalism, they'll have to try harder. Many of the domain names registered on Sept. 11, especially those registered early in the day, are now implicitly or explicitly for sale. It is fair to say that most of us did not have personal profit on our minds in the minutes and hours after the attack began, but at least some of the domain name registrants did, and they undeniably demonstrated initiative and entrepreneurial drive. Had New York been the target of nuclear or biological terrorism, one can be reasonably confident that nycnuke.com or nycanthrax.com would have been registered within minutes. (Amazingly, no one has yet registered those names on speculation.)

Many of the domain names registered that Tuesday were at least nominally intended as memorial sites, and allowed their registrants to grieve, provide information or encourage contributions online. The reason for registering certain other names is less clear, probably even to their registrants. It is likely that some people registered names to be able to participate in the event that was garnering so much attention, to retain a souvenir -- a virtual snow globe or collectible plate -- commemorating the disaster, or perhaps simply to provide reassurance that some certainty and normalcy remained in the world. Even during a time of unprecedented domestic turmoil, we can remain, in a weirdly literal, Internet-age sense, masters of our own domains.

And finally, domain name registration may represent a new gauge of public opinion in a fractious democracy. The variety and sheer number of domain names that sprang into being on Sept. 11 reflect, however imperfectly, the depth of feeling and range of opinion in this country about the events of that day. It is telling that, as of this writing, sparebinladen.com and spareafghanistan.com remain available for registration.

Bryan Geon is a writer.