How Americans feel about their flag

In her book "Flag: An American Story," photographer Lauri Lyons documents our mixed emotions about the Stars and Stripes. 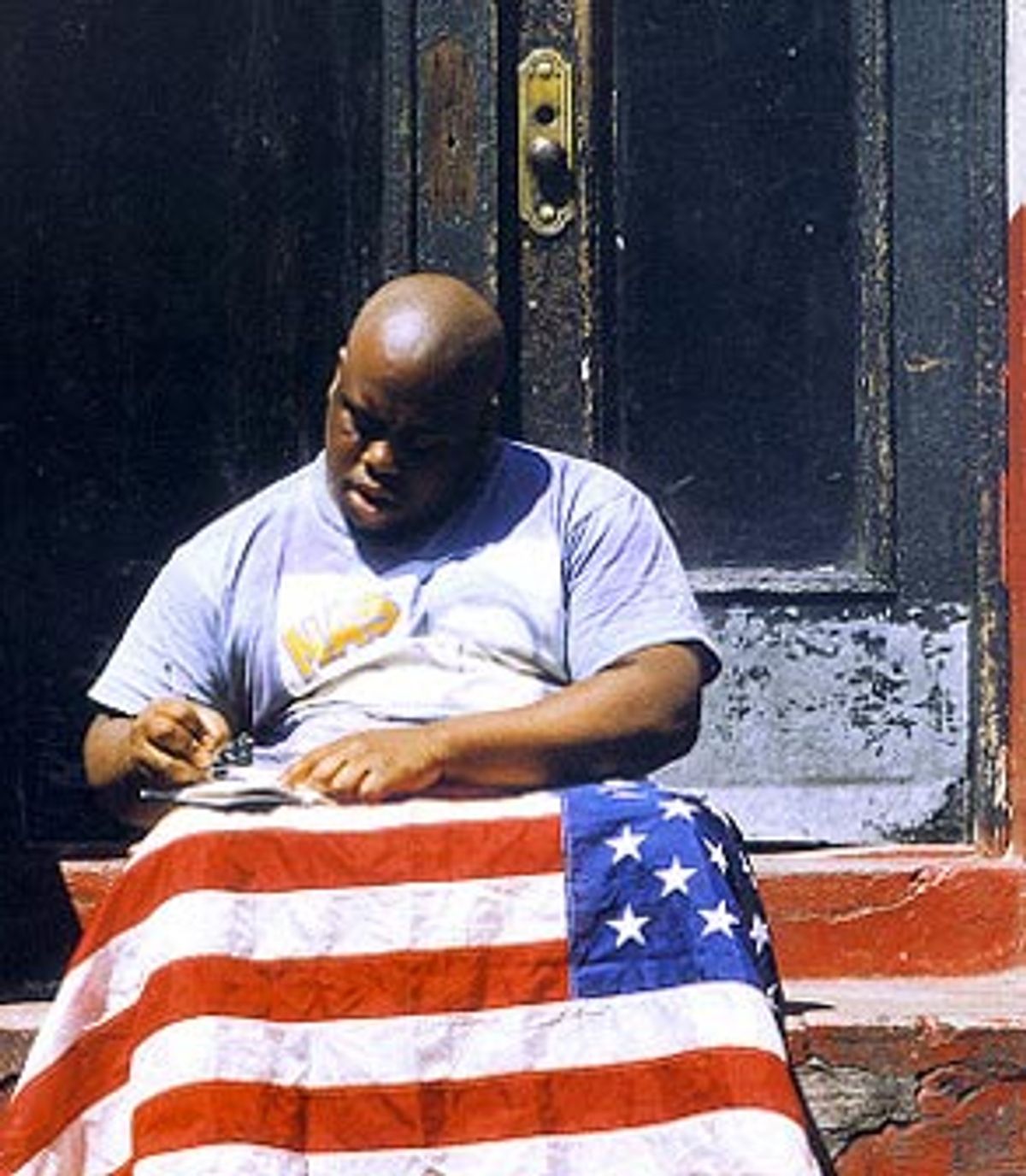 Photographer Lauri Lyons, a black, first-generation American and former Army brat, left her home in New York with a camera and an American flag in 1995. She planned to rove around the country -- by rail -- asking strangers to display the flag, any way they liked, and write what they thought of the United States in her notebook. Four notebooks later, Lyons had roamed the streets of Seattle, Montana, Louisiana, San Francisco and many, many out-of-the-way places as well. People had dressed in her flag, ground it into the sidewalk with their heels, used it as a towel, a dress and a belt.

Flag: An American Story
A gallery of photographs from the book.

The book that resulted from Lyons' project, "Flag: An American Story," was planned long before Sept. 11. The subjects of Lyons' photos contemplated their feelings about the U.S. without the emotional burdens attendant to national trauma. They were unaware of the extreme patriotism to come. And this is part of what makes the project interesting: The photos and captions comprise a vivid document that reflects the disparities and diversity in Americans' thinking about America -- before the advent of large-scale terrorism on American soil. It illustrates the quality of freedom that the photo subjects -- willing to criticize harshly and sign their names with pride -- enjoy, and the deep disappointments many of them share.