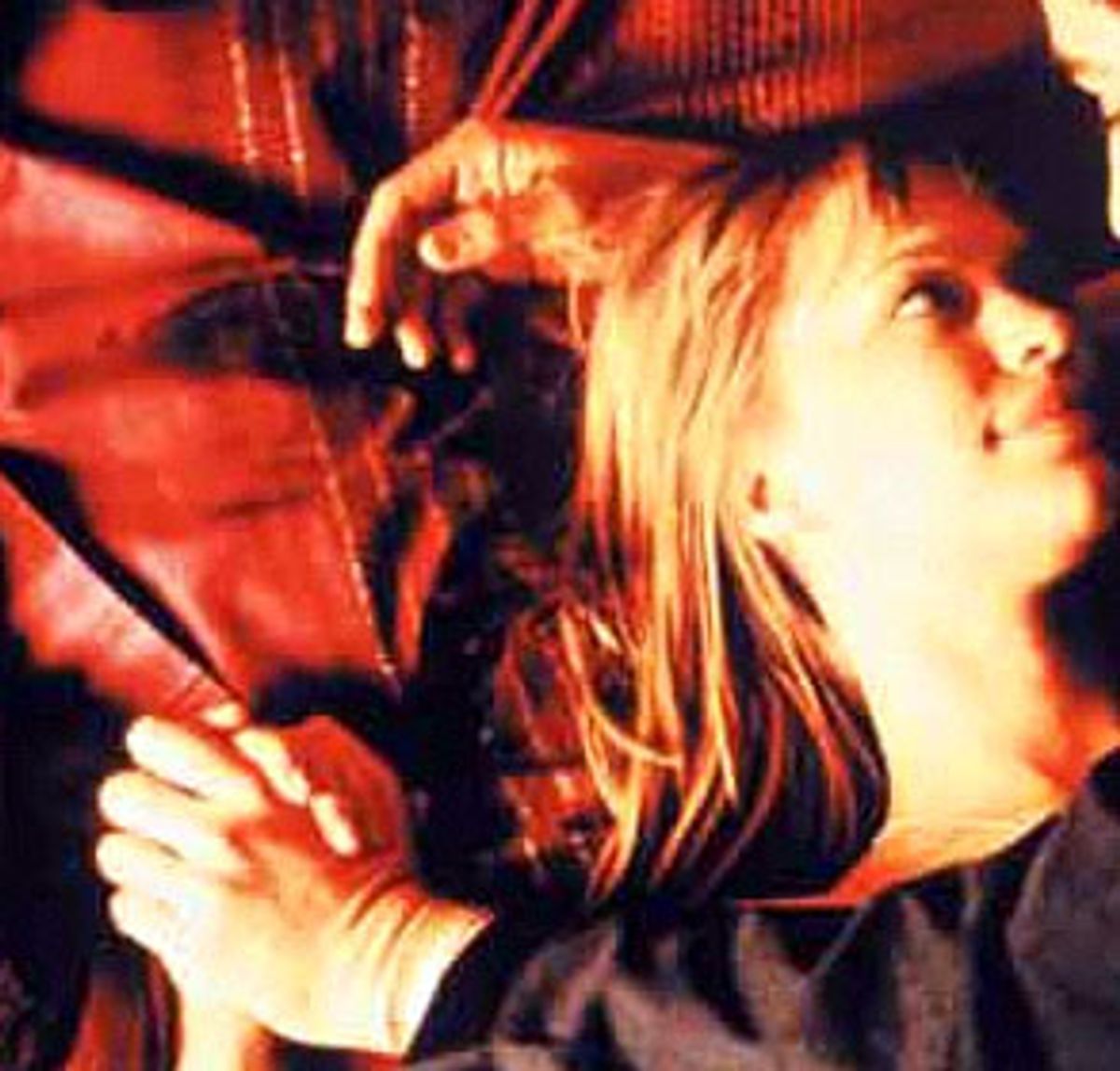 I saw a film the other night that had this terrific situation. The picture is "Late Night Shopping," directed by Saul Metzstein, and as far as I could see or guess it was shot and set in Glasgow, Scotland. All it is, really, is four young people, bored with their dead-end jobs, who meet most nights in a shabby cafe. It's their habit, but they're too pissed off with life, and too numb, to notice or admit how far they are friends.

Anyway, here's the situation. One of the four is Sean, a rather sweet, passive guy who works as a hospital porter on the night shift. He has a girlfriend -- or he thinks he has. They live together, but they had a row and she does day work, so they don't actually meet. He's not even certain that she's still using their flat. He measures the bar of soap in the shower to guess whether she's been there. It's sick and creepy, but he's at the ragged end of his rope.

And being a night-shift hospital porter is part of that -- because the nub of the job is that there's nothing to do. At night, the hospital is all empty corridors, patients trying to sleep, the general business of cleaning and polishing going on as quietly as possible so as not to wake anyone. And Sean is so emptied out of life and will that silent polishing is his thing. There's a lot of that mood in Britain now. It's not so much self-pitying, as a dead-on, unsentimental insistence on the question "Why bother with the alleged good things of life?" Sometimes it gets pretty sad and bitter, but I liked "Late Night Shopping" because it sees the funny side of the drab point of view.

Well, one night, in a bored sort of way, Sean does a bit of exploring in the hospital, and he finds a room where a guy is stretched out attached to more tubes than he's got limbs and orifices. He's flat out, in a coma. Perfectly all right otherwise -- not so very far from Sean, if you see what I mean. Until, a few nights later, Sean realizes that this guy in a coma has a visitor -- a pretty blond girl.

It turns out that that the blond and the guy had been going together for several months. The girl tells Sean that it wasn't working. She was getting her nerve up to tell the guy it was all over when, bingo, one day at work the guy noticed drops of blood falling on the page he was reading. And it was falling out of his nose. And that's the last thing he knew. He's been in a coma for months, and the pretty girl was in what you might call a quandary. Because, after all, it was hardly nice to walk out on him now, was it?

It's one of those things where anyone watching the film gets the point just a bit ahead of Sean -- I told you, he's close to comatose, too. But it isn't long before the pretty blond is kissing him and making it quite clear how urgently she needs a bit of relief. Where are they going to do it? On the guy's bed, of course, so shove him over and take care not to unhook any of his tubes. Before you know it, they're reaffirming the life spirit.

And Sean, the idiot, really falls for her, until one day he comes looking for her and he finds her with another of the hospital porters. Whereupon Sean turns to look at the guy in a coma, and the poor stiff opens one eye -- urged back to life, as it were, by the rising sap around him. I won't tell you any more -- and there's a lot more -- in case you catch up with the picture one day. But it confirmed that great dream I've had about hospitals at night -- it may go back to the first time I read "A Farewell to Arms" -- about how surgical gowns are made to keep death at bay.