A chapter from "The Art of Seduction" outlines how we can learn from Casanova how to fulfill another's fantasies. 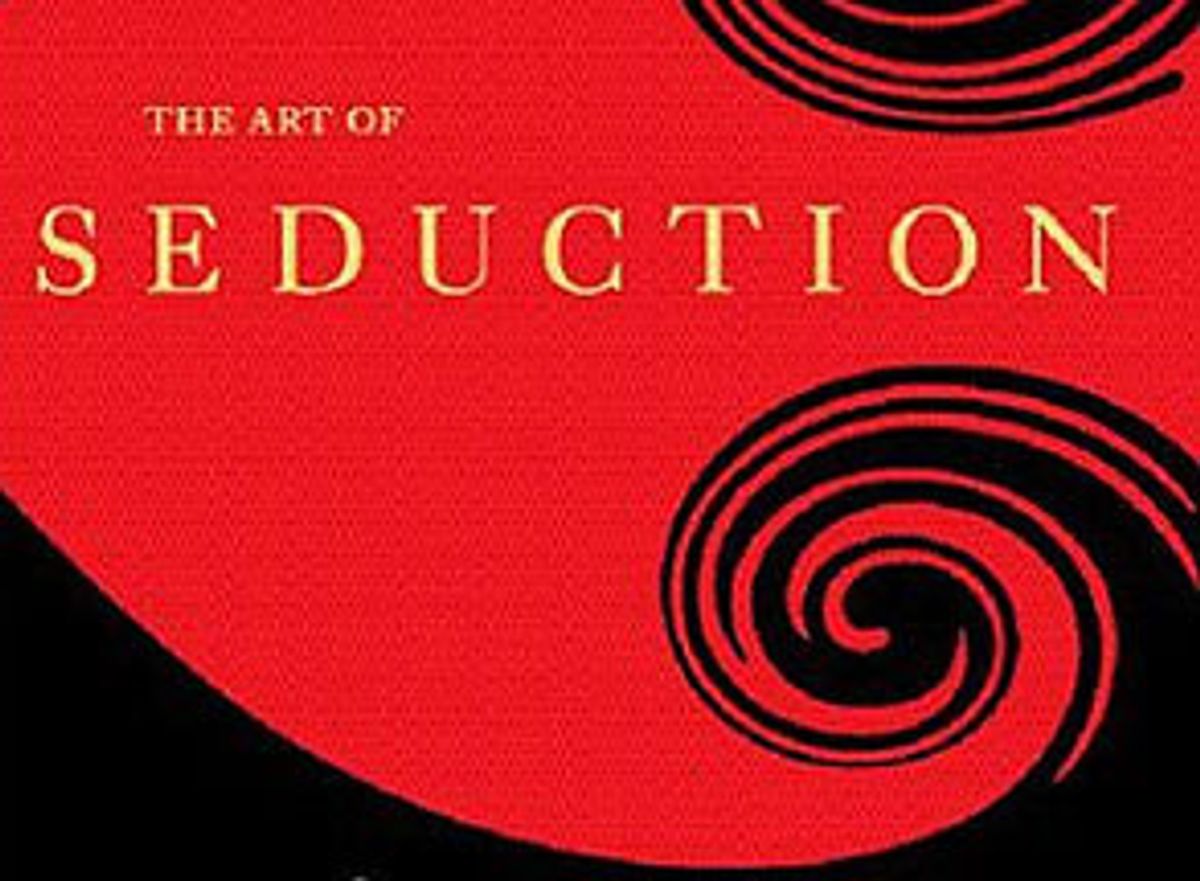 One evening around 1760, at the opera in the city of Cologne, a beautiful young woman sat in her box, watching the audience. Beside her was her husband, the town burgomaster -- a middle-aged man and amiable enough, but dull. Through her opera glasses the young woman noticed a handsome man wearing a stunning outfit. Evidently her stare was noticed, for after the opera the man introduced himself: his name was Giovanni Giacomo Casanova.

The stranger kissed the woman's hand. She was going to a ball the following night, she told him; would he like to come? "If I might dare to hope, Madame," he replied, "that you will dance only with me."

The next night, after the ball, the woman could think only of Casanova. He had seemed to anticipate her thoughts -- had been so pleasant, and yet so bold. A few days later he dined at her house, and after her husband had retired for the evening she showed him around. In her boudoir she pointed out a wing of the house, a chapel, just outside her window. Sure enough, as if he had read her mind, Casanova came to the chapel the next day to attend Mass, and seeing her at the theater that evening he mentioned to her that he had noticed a door there that must lead to her bedroom. She laughed, and pretended to be surprised. In the most innocent of tones, he said that he would find a way to hide in the chapel the next day -- and almost without thinking, she whispered she would visit him there after everyone had gone to bed.

So Casanova hid in the chapel's tiny confessional, waiting all day and evening. There were rats, and he had nothing to lie upon; yet when the burgomaster's wife finally came, late at night, he did not complain, but quietly followed her to her room. They continued their trysts for several days. By day she could hardly wait for night: finally something to live for, an adventure. She left him food, books, and candles to ease his long and tedious stays in the chapel -- it seemed wrong to use a place of worship for such a purpose, but that only made the affair more exciting. A few days later, however, she had to take a journey with her husband. By the time she got back, Casanova had disappeared, as quickly and gracefully as he had come.

Some years later, in London, a young woman named Miss Pauline noticed an ad in a local newspaper. A gentleman was looking for a lady lodger to rent a part of his house. Miss Pauline came from Portugal, and was of the nobility; she had eloped to London with a lover, but he had been forced to return home and she had had to stay on alone for some while before she could join him. Now she was lonely, and had little money, and was depressed by her squalid circumstances -- after all, she had been raised as a lady. She answered the ad.

The gentleman turned out to be Casanova, and what a gentleman he was. The room he offered was nice, and the rent was low; he asked only for occasional companionship. Miss Pauline moved in. They played chess, went riding, discussed literature. He was so well-bred, polite, and generous. A serious and high-minded girl, she came to depend on their friendship; here was a man she could talk to for hours. Then one day Casanova seemed changed, upset, excited: he confessed that he was in love with her. She was going back to Portugal soon, to rejoin her lover, and this was not what she wanted to hear. She told him he should go riding to calm down.

Later that evening she received news: he had fallen from his horse. Feeling responsible for his accident, she rushed to him, found him in bed, and fell into his arms, unable to control herself. The two became lovers that night, and remained so for the rest of Miss Pauline's stay in London. Yet when it came time for her to leave for Portugal, he did not try to stop her; instead, he comforted her, reasoning that each of them had offered the other the perfect, temporary antidote to their loneliness, and that they would be friends for life.

Some years later, in a small Spanish town, a young and beautiful girl named Ignazia was leaving church after confession. She was approached by Casanova. Walking her home, he explained that he had a passion for dancing the fandango, and invited her to a ball the following evening. He was so different from anyone in the town, which bored her so -- she desperately wanted to go. Her parents were against the arrangement, but she persuaded her mother to act as a chaperone. After an unforgettable evening of dancing (and he danced the fandango remarkably well for a foreigner), Casanova confessed that he was madly in love with her. She replied (very sadly, though) that she already had a fiancé. Casanova did not force the issue, but over the next few days he took Ignazia to more dances and to the bullfights. On one of these occasions he introduced her to a friend of his, a duchess, who flirted with him brazenly; Ignazia was terribly jealous. By now she was desperately in love with Casanova, but her sense of duty and religion forbade such thoughts.

Finally, after days of torment, Ignazia sought out Casanova and took his hand: "My confessor tried to make me promise to never be alone with you again," she said, "and as I could not, he refused to give me absolution. It is the first time in my life such a thing has happened to me. I have put myself in God's hands. I have made up my mind, so long as you are here, to do all you wish. When to my sorrow you leave Spain, I shall find another confessor. My fancy for you is, after all, only a passing madness."

Casanova was perhaps the most successful seducer in history; few women could resist him. His method was simple: on meeting a woman, he would study her, go along with her moods, find out what was missing in her life, and provide it. He made himself the Ideal Lover. The bored burgomaster's wife needed adventure and romance; she wanted someone who would sacrifice time and comfort to have her. For Miss Pauline what was missing was friendship, lofty ideals, serious conversation; she wanted a man of breeding and generosity who would treat her like a lady. For Ignazia, what was missing was suffering and torment. Her life was too easy; to feel truly alive, and to have something real to confess, she needed to sin. In each case Casanova adapted himself to the woman's ideals, brought her fantasy to life. Once she had fallen under his spell, a little ruse or calculation would seal the romance (a day among rats, a contrived fall from a horse, an encounter with another woman to make Ignazia jealous).

The Ideal Lover is rare in the modern world, for the role takes effort. You will have to focus intensely on the other person, fathom what she is missing, what he is disappointed by. People will often reveal this in subtle ways: through a gesture, tone of voice, a look in the eye. By seeming to be what they lack, you will fit their ideal.

To create this effect requires patience and attention to detail. Most people are so wrapped up in their own desires, so impatient, they are incapable of the Ideal Lover role. Let that be a source of infinite opportunity. Be an oasis in the desert of the self-absorbed; few can resist the temptation of following a person who seems so attuned to their desires, to bringing to life their fantasies. And as with Casanova, your reputation as one who gives such pleasure will precede you and make your seductions that much easier.

The cultivation of the pleasures of the senses was ever my principal aim in life. Knowing that I was personally calculated to please the fair sex, I always strove to make myself agreeable to it. -- Casanova

Robert Greene is the author of "The Art of Seduction."