Words no longer fail us

It's a new world, full of gaytriotism and bluster bombs. We need a new vocabulary. 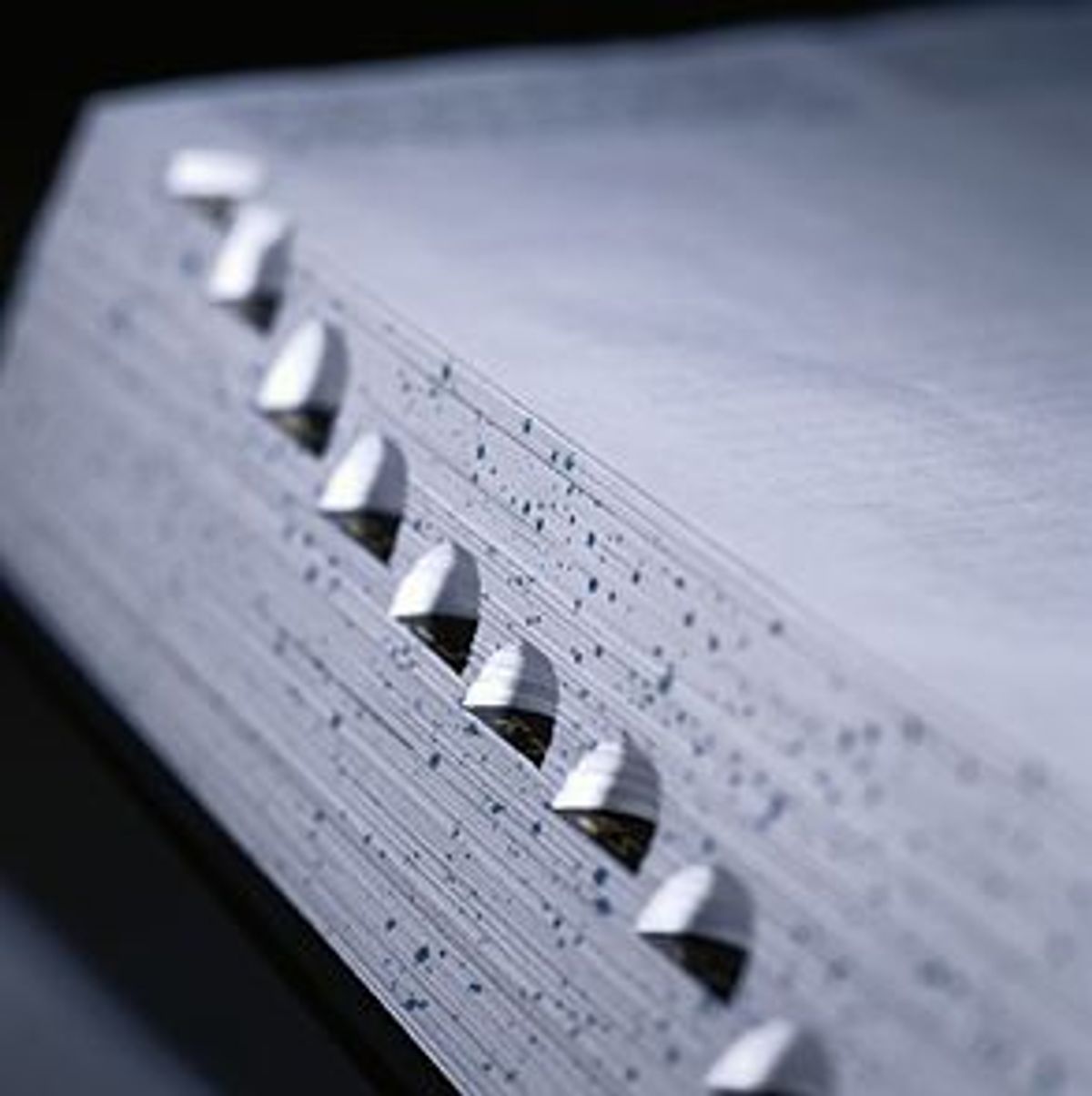 It's a phrase we've heard a lot since Sept. 11: "Words fail me." The sense is that, in the face of catastrophic news, familiar words and phrases don't quite convey sufficient gravity. And as often as not, the ubiquitous phrase "words fail me" heralds a torrent of words that effectively prove the point.

Clearly, what the situation calls for is better words. If our existing words and phrases don't fit, it's our patriotic duty to make more of them. Our president got in the spirit of things by offering up "women of cover." Here, we offer a few more:

Commentarrhea n. Excessive or repetitive flow, from the mouths of televised commentators, of watered-down BS. May result from factual malnutrition, overuse of speculation or medical news taken on an empty stomach.

Fatuwa n. Anything fatuous or profoundly silly declared as a religious directive.

Frightened Alert n. Reaction of the public to so-called "General Alerts" from the FBI. Marked by the tendency to startle easily, or react to news programs as if you've had too much caffeine. May also cause a heightened interest in the behavior of fellow airline passengers. Known to endanger National Adrenaline Reserves.

Gaytriotism n. Improbable devotion of gays in the military who know full well that, if they're lucky enough to survive the war, the reward for their service may be a dishonorable discharge. It is not known -- since no one is telling -- whether this is bravery or just a form of denial.

Jihad-and-seek n. Grownup version of childhood game, played with real bullets. Heavily armed "seeker" participants look for religious zealots hidden in caves surrounded by minefields, while the "jihad" participants taunt them with videotaped fatuwas. Game ends when zealot leader is tragically killed while resisting arrest, or when all participants have achieved Armageddon.

Patrioteering n. Shameless, legal exploitation of national flag fervor for corporate gain. Generally free of direct reference to charitable causes, and may include the words "easy payments" or "postage and handling." As if you want more mail now.

Post-Hastert adj. 1. With great or unnecessary speed. Used to connote lack of deliberation, as when evacuating a facility prior to actual threat assessment, or passing a "stimulus" package designed primarily to enrich wealthy political donors. 2. Optimistic term used by Democrats to describe the next Congress.

Retro-rationalize v. The application of new circumstances to justify otherwise unchanged political goals, such as the proposal to repeal "Motor Voter" under the rubric of "combating terrorism."

Talibanity n. Any of a variety of religiously fueled delusions held by the Taliban, such as the notion that Allah, who is really pissed, is smiling upon them. We should note, however, that the notion that death is a better place than Afghanistan -- at least as it is presently ruled -- is not without merit. Patrick Henry was on to something.

S.U.V. abbr. For "Suddenly Undesirable Vehicle." What your SUV will become after hastening the arrival of the next oil shortage.

WWAFS abbr. Shorthand for common advice to would-be critics of government policy. For "What would Ari Fleisher say?"

Now then, just think of the possibilities. Next time a frightened alert sets off a wave of ciprochondria, you'll know just what to say. At least until it's time to head home in your S.U.V., while the hazmat team sporadicates your office.

Edward A. Hudson is a freelance writer living in Manhattan.