In the wake of Sept. 11, will the fashion magazines stop catering to socialite snobs in stilettos? 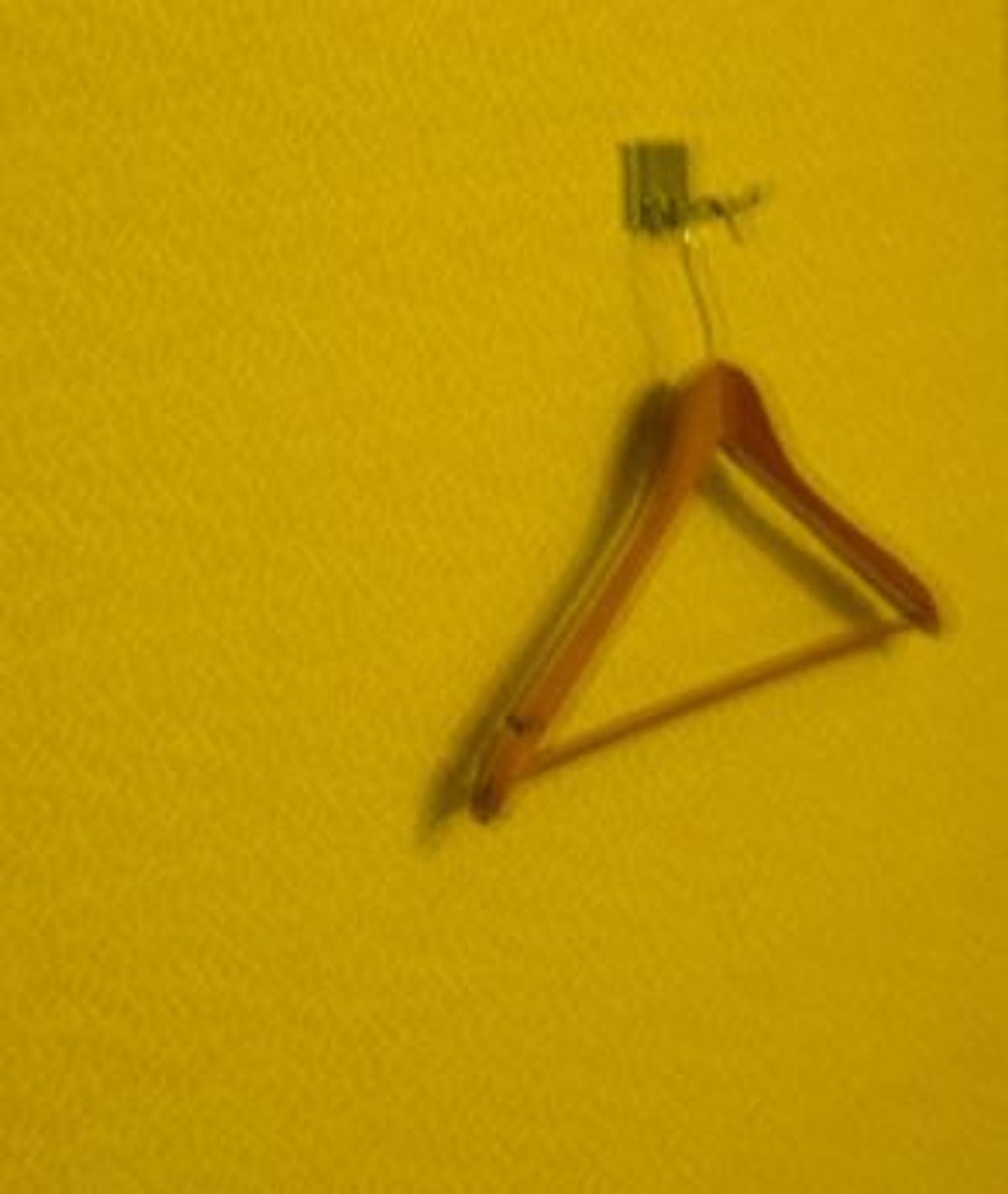 Months before Sept. 11, the fashion glossies had begun to veer into the territory of dangerous delusion and denial. With the country suffering from a recession -- which had begun to take down the magazines themselves -- and dot-com extravagance an increasingly cruel joke, the surviving fashion bibles could be found still clinging to status as if it were a totem of good luck.

October and November editions, gone to press before the world changed forever, hammered home the disconnect, and only partly because of the misfortune of bad timing. The eye-popping inappropriateness of what landed on the newsstands told the tale of how the fashion industry has become an alien presence in our midst, a slice of our culture where one -- anyone -- is hard pressed to find any relevance whatsoever.

This is not to say that editors, mavens, designers and arbiters did not stop, reflect and even recoil as they looked again at their autumn fare. Some took immediate, and perhaps misguided or mincing, steps to make things better. Last Tuesday, for example, Manolo Blahnik, high priest of high-end footwear, changed his plan to sell a pair of titanium-heeled 3.5 inch stilettos. The shoes' heels, razor-sharp and as thin as the ink tube of a ballpoint pen, were capable of slicing through carpet or human flesh, a fact that led Blahnik, according to news reports, to worry that the shoes would be used as weapons or picked up by airport security machines.

He might also have been concerned with the sensitivity of shoppers whose mental pictures of Sept. 11 include images of streets littered with stilettos and high heels shucked in a panic by women hobbled in their escape from the collapsing towers. It is entirely possible, in fact, that ridiculously painful shoes may no longer be sought after -- even by the most fashion-conscious women with the most fashion-designated cash, a group that Blahnik relies on for fiscal serenity.

The events of the last few months -- not just the trauma of terrorism, but the prospect of a long war -- have forced us to reevaluate who we want to be, to review our fantasies in a whole new context. Fashion glossies, dedicated to a sea of wannabes and a handful of already-are's -- have focussed in recent years on a narrower and narrower ideal, boiling down the icons of fashion and taste to a irritating passel of privileged young socialites in extravagant clothing. Perhaps their marketing intelligence led them to believe that glossy readers wanted nothing more than to be like Paris Hilton.

But -- how many times must we hear this? -- everything changed two months ago. And that was not the beginning at all. The collective ire of seemingly millions of Americans toward P.R. fashion plate Lizzie Grubman this summer reflected the start of something big. The world had also grown tired of the instant billionaires of the Internet decade, wasting their overnight fortunes on mansions and champagne, and jeered them as they fell. The super-rich weren't enviable; they were laughable.

And now the magazines must contend not only with the fall of their It Girl heroines, but with the mighty rise of the common man and woman -- the nurses, the firefighters, the volunteers, as well as those who died and whose lives are celebrated for their achievements as regular people with heartbreaking aspirations -- to be good parents, good friends, hard workers.

Fashion will never disappear, and no one wants it to, certainly not the part of fashion that embodies creativity, imagination and art. Current events can only enrich fashion as an expression of ideas. But what will current events do to change the ideal designed to sell clothes? What will advertisers and their editorial handmaidens hold up as the irresistible fantasy? What will clothes horses have to have?

It is hard to imagine that Botox treatments to stop underarm perspiration, and thousand-dollar hand-distressed T-shirts will retain their charm. Fur seems to have lost what little zing it might have had. And the "luxe" look of past seasons -- everything from jeans to camouflage to belts gooped up with sequins and Swarovski crystals and gilt -- feels gaudy and tactless.

Perhaps we can look forward to a return to old school attitudes and self-importance, lots of edgy photos of eye shadow and elephants. Perhaps the time is right for these magazines to get in touch with their roots, to look at fashion -- how it is worn and what is says, instead of who is wearing it and what they have to say.

There is room here, in the new world, for extravagance and the freedom to find any number of reasons to enjoy it. As Amy Spindler wrote in last week's New York Times Magazine, frivolous fashion is itself a patriotic symbol of America: You may never be able to afford that shredded Georgette Givenchy gown, but at least you aren't forced to live underneath a burqa. "The freedom of women and men to express themselves through their dress is a trifle, of course, until it's taken away," she wrote, and then devoted the spread of flighty frocks to "women who find that looking at, and dreaming of, clothes lighten their burden a little."

Or, as Anna Wintour wrote in the November Vogue, "Fashion is essential in these difficult times, paradoxically, to keep us in touch with our dreamy, fanciful, self-pleasing natures."

Certainly Wintour has been around long enough to know. Heck, she might even remember the women who painted lines up the backs of their legs after giving their silk stockings to the war cause.

To say that clothing cannot find its way into the category of art worthy of display -- even in hard times -- would be like insisting that Monet be removed from museum walls simply because his paintings reflect a bucolic fantasy of a past era.

But there is the matter of the artless, embodied so often in the glossies of right now. Now would be a good time (sooner would have been better), to get rid of it once and for all. I'm thinking here of the October issue of W, which included a story about the horrors of being seated in the second row at a fashion show. ("Who can forget plucky Helen Schifter hijacking Lulu de Kwiatkowski's empty front-row seat at Michael Kors last season?" chirped the writer, obnoxiously.) The October Vogue featured a dermatologist whose main claim to fame is that she wears Chanel while administering Botox treatments to her socialite patients. Similarly, the November Harper's Bazaar featured a four-page spread dedicated to what anorectic socialite Nan Kempner ate during couture week in Milan ("caviar, caviar, and more caviar!").

Of course, these catfights, and caviar were fought and consumed before the terrorist attacks, but they would have been hard to swallow -- they have been hard to swallow -- even before firefighters were crushed to death as they tried to save others; before widowed refugees fleeing Afghanistan were living on crusts of bread; before thousands of families were trying to figure out how to survive now that they'd lost a loved one. It was still humiliating drivel that should be embarrassing to us all.

There has been evidence of some new circumspection in the fashion world. Besides Blahnik's public recall of his death pump, a few magazines published after Sept. 11 promised cheaper "Reality Chic" and reflected a desire to find the "true" meaning of American fashion.

"American dressing is about great cut and quality, rather than theater (as in Paris) or sex (as in Milan)," posited Wintour, in the November Vogue, with its patriotic cover. "These clothes are essential and relevant -- great impetus, in and of themselves, for women to head back to the stores." The resulting fashion spread consisted of models wearing red, white and blue, waving flags and wearing flag pins; this was paired with an editorial that cryptically claimed that crisis had revealed the "core strength" of American fashion: really great sportswear ("the right narrow pant ... the rethought trench ... and the crisp white shirt").

Similarly, at the fashion events of recent months -- such as the Vogue/VH1 Fashion Awards -- vast numbers of attendees wore red, white and blue ensembles, many even wearing T-shirts and jeans (one T-shirt, designed by the Council of Fashion Designers of America, is for sale, with all proceeds going to the Twin Towers Fund). And W's November homage to the stars and stripes even featured (gasp!) Catherine Malandrino dresses from two seasons back! (If no one is buying new clothes, thanks to a sinking economy, it seems that the faux pas of wearing clothes more than three months old is now forgivable. It was about time.)

Style.com is currently predicting that spring fashion will be about "color and optimism." Sounds a bit like "Pink is the new Black," to me. One hopes this red, white and blue response to fashion patriotism is just a short-term solution. But I will remain, as Style.com suggests, optimistic that new color trends will come with a dose of relevance.

If we can assume that things have changed, that as a nation we might be leaving the safety of collective self absorption -- now breached -- to find meaning outside ourselves, perhaps we also can assume that an industry designed to appeal to the wanna-be in all of us will realize we now want something different.