The handful of days left before the movie comes out are our last chance to remember J.K. Rowling's young wizard as we imagined him. 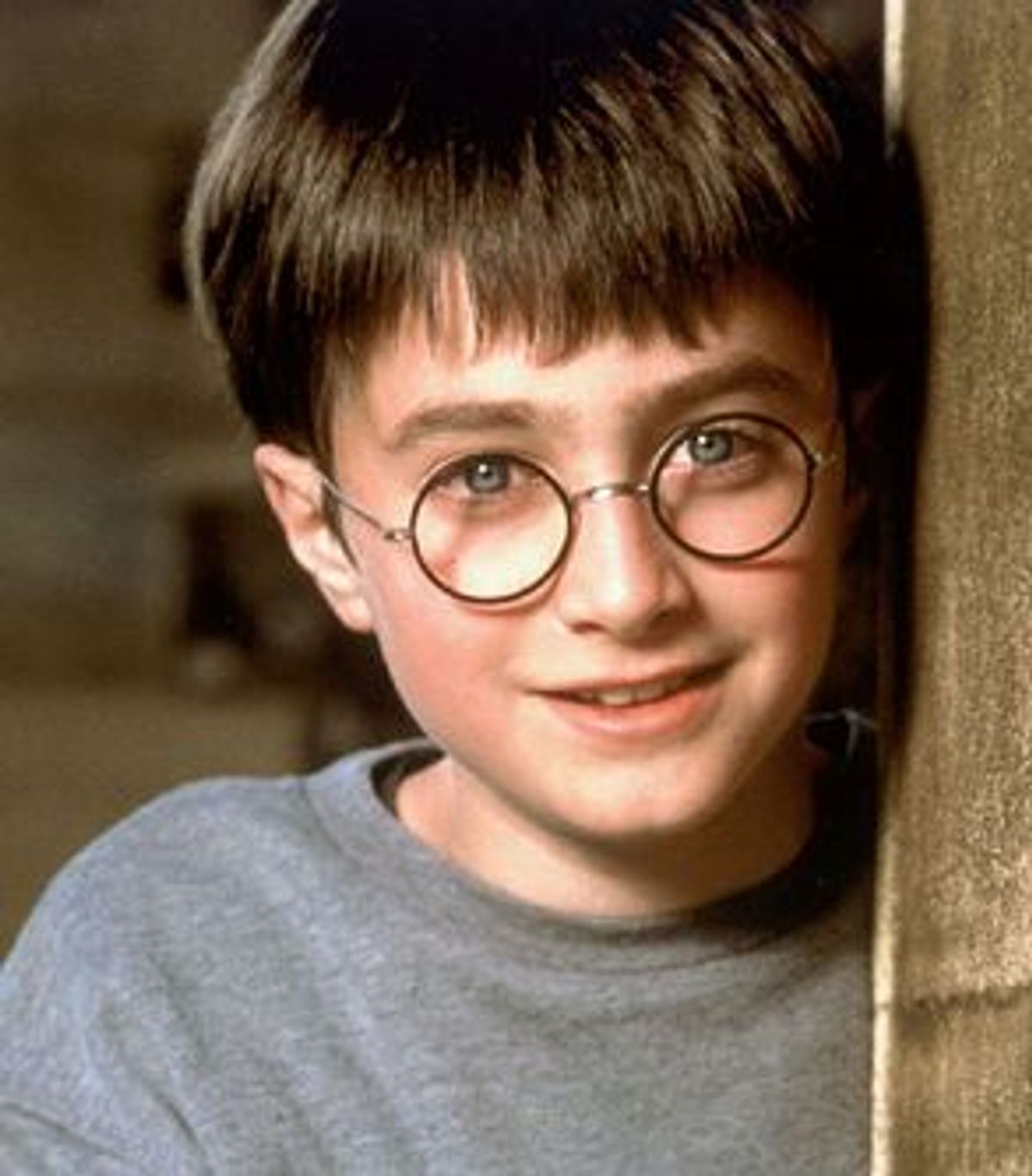 My grade-school son committed a major gaffe the other night -- holding a dinner guest captive with a blow-by-blow plot synopsis of his favorite book. But because the matter at hand was urgent, I let him ramble on: Our adult visitor was wondering if she should read "Harry Potter and the Sorcerer's Stone" before the movie comes out.

In a few days, she won't have that choice to make anymore. The movie opens wide, as they say in the industry, on Nov. 16. It will likely be greeted by many moviegoers as a welcome respite from these past weeks of sorrow and fear. But even as we herd to the theater for a much-needed escape from reality, let's pause for a moment and pay our respects to what Harry Potter was before it was a movie.

Just as much of the 1990s and 2000 now seem from our new perspective to be some sort of fever dream, it's hard to imagine that a few short months ago Harry Potter was nothing but a series of books. A staggeringly successful series, but still just books. Not DVDs, not shockwaves, not JPEGs; nonprogrammable, undownloadable, noninteractive.

Now we are on the edge of something different. Warner Brothers' huge marketing juggernaut has been cranking merchandise into the marketplace for more than a year, so you can already "get" Harry via coffee mug, sweatshirt, lightning-bolt scar stickers or mantelpiece figurine rather than getting him by reading. Thankfully, the stuff is in most cases so ugly that it helps even the youngest readers separate the wonderfully illustrated books from the movie hype.

But once the movie hits, there'll be no going back. Reading a book is an intensely private interaction between reader and writer, and even a chart-topping book like each of the Harry Potter installments has had to win over its converts one reader at a time. But going to the movies, especially a costly, much-anticipated would-be blockbuster, is about as public an act as you can commit. And so, even before the movie's release, our personal, intimate imaginings of quidditch, potions and chocolate frogs have been diluted by Harry on the Coke can, Hagrid in FAO Schwartz and wizards by the dozens on our Halloween doorsteps.

Film is simply too visual a medium not to worm its way into our consciousness. That the all-British cast seems reassuringly superb only exacerbates the problem. Once Dame Maggie Smith latches onto a role, who among us is strong enough to retain our own anemic vision of what Professor Minerva McGonagall is really like?

In a world as changed as ours is after Sept. 11, does any of this really matter, copies sold or box-office records broken? It might. Living in a culture that has in the past decade seemed bent on dividing the populace into ever smaller niche markets, we could do worse than to start looking at what unites us, even if it's just our shared amusements.

J.K. Rowling's books have connected hundreds of thousands of people all over the world, and in the process reminded at least some of them of the simple power of the paper-and-ink medium. As Americans start stockpiling bottled water and canned goods against the next unnamed catastrophe, it might be a comfort to remember that a book still works when the power is out; read aloud at bedtime, it can reassure an anxious child that all is well with the world even when that's not wholly the case; taken up at 3 a.m., it can distract the heartsick of any age.

If the Harry Potter movie opens up the books' shared experience to an even wider audience, then maybe it's all for the best. Unless director Chris Columbus has screwed up the story royally, then sure, let's all go. But let's also remember that there was a moment, way back in the mists of the late last century, when Harry Potter was a cool club you could join only by reading. You can still join, in fact -- they're taking applications at the bookstore and the library right now. But hurry, this offer expires at midnight on Nov. 15.

Tracy Mayor is a contributing editor at Computerworld.com and Brain,Child magazine and author of the parenting humor book "Mommy Prayers".